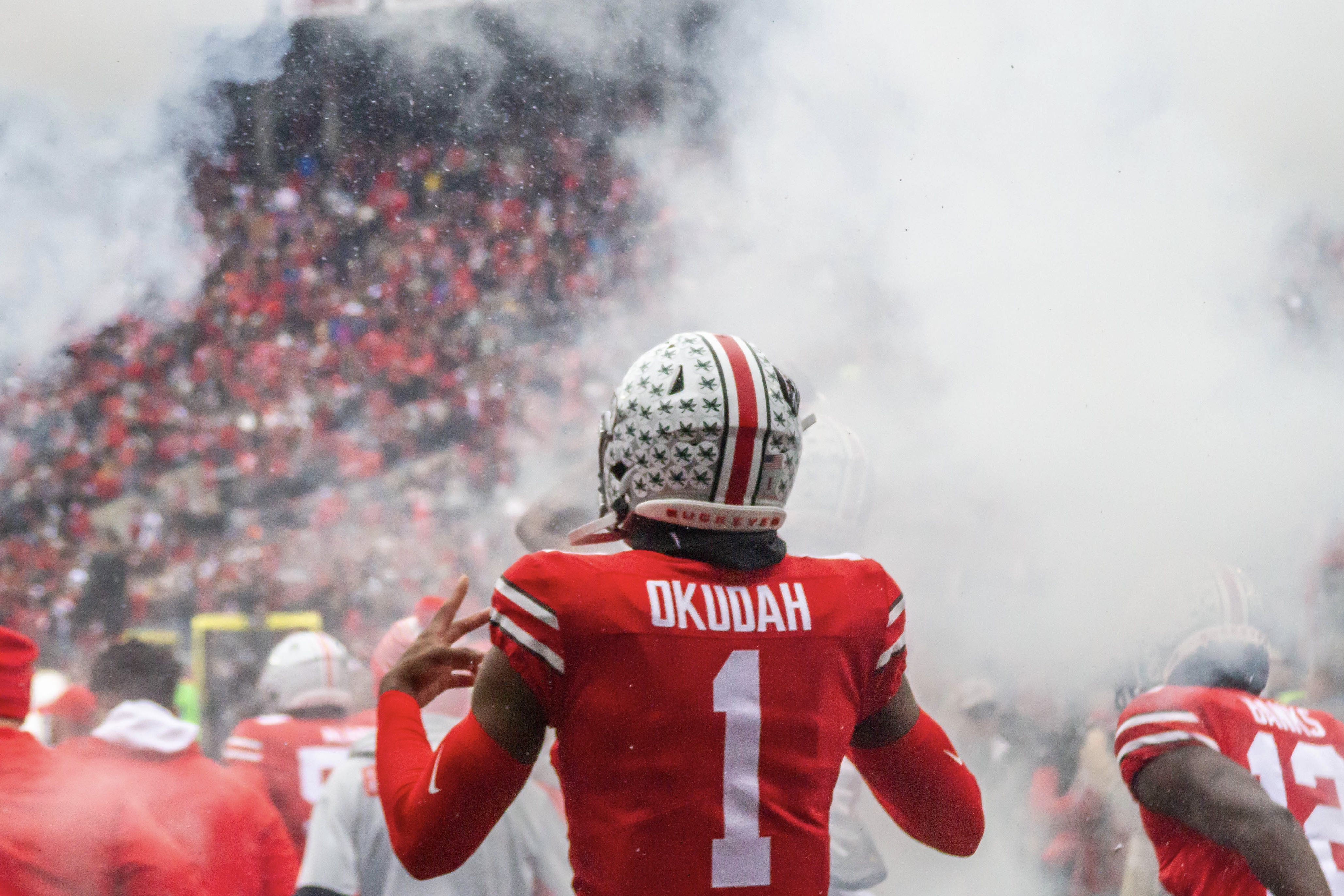 Ohio State junior cornerback Jeff Okudah on Wednesday afternoon announced he will forgo his final year of eligibility and enter the 2020 NFL Draft. He revealed his decision in a letter to his late mother, who passed away shortly after he enrolled in college after a lengthy battle with lymphoma.

“I’m ready to take my place within the lineage of elite Ohio State cornerbacks, and proud Ohio State alums,” Okudah said. “I’m ready to keep challenging myself, to keep grinding for more, to keep working as hard as it takes to accomplish my goals.”

Okudah earned unanimous first-team All-American honors and was a first-team All-Big Ten selection after he recorded 35 tackles, nine pass breakups, three interceptions and two forced fumbles. He was also a finalist for the Jim Thorpe Award — which annually honors college football’s best defensive back — though LSU’s Grant Delpit was this year’s recipient.

A former five-star prospect in the class of 2017 from South Grand Prairie, Texas, Okudah finishes his three-year career with the Buckeyes with 84 tackles, 21 pass breakups and three interceptions and will have a tree planted in his honor at Buckeye Grove.

“I’m writing with a heavy heart, as we just went through one of the most brutal losses ever, to Clemson in the College Football Playoff semifinals,” Okudah said. “It really could have gone either way — one bounce here or there, Mom, and I swear: I’d be getting ready for the National Championship Game. And to leave this program without winning a national title. It hurts a lot.

“But I’m also trying to keep some perspective. And the truth is, I’m leaving with so much more to be proud of than to feel hurt about. Think about it: three straight Big Ten championships, three straight top five national rankings, three straight wins over TTUN, and a roster full of guys projected to play in the NFL. That’s a pretty good run for our class.”

Okudah is widely expected to a top 10 pick in the upcoming draft, which takes place April 23-25 in Las Vegas. When selected, he will become the Buckeyes’ sixth first-round pick at defensive back in the last five years, joining Eli Apple (New York Giants) in 2016; Marshon Lattimore (New Orleans Saints), Malik Hooker (Indianapolis Colts) and Gareon Conley (Oakland Raiders) in 2017; and Denzel Ward  (Cleveland Browns) in 2018.

Okudah becomes the second Ohio State underclassmen to declare for the draft, joining running back J.K. Dobbins. Defensive end Chase Young is expected to join them, while cornerback Shaun Wade will make a decision on his future this Saturday during a press conference in his hometown of Jacksonville, Fla.

If Wade leaves, Ohio State will have to replace its entire starting secondary next year, as cornerback Damon Arnette and safety Jordan Fuller have exhausted their eligibility. Josh Proctor is set to step into Fuller’s role at safety, but the Buckeyes must find new starters at corner from a group that includes Sevyn Banks, Cameron Brown, Tyreke Johnson, Amir Riep and Marcus Williamson, as well as incoming recruits Lejond Cavazos and Ryan Watts.