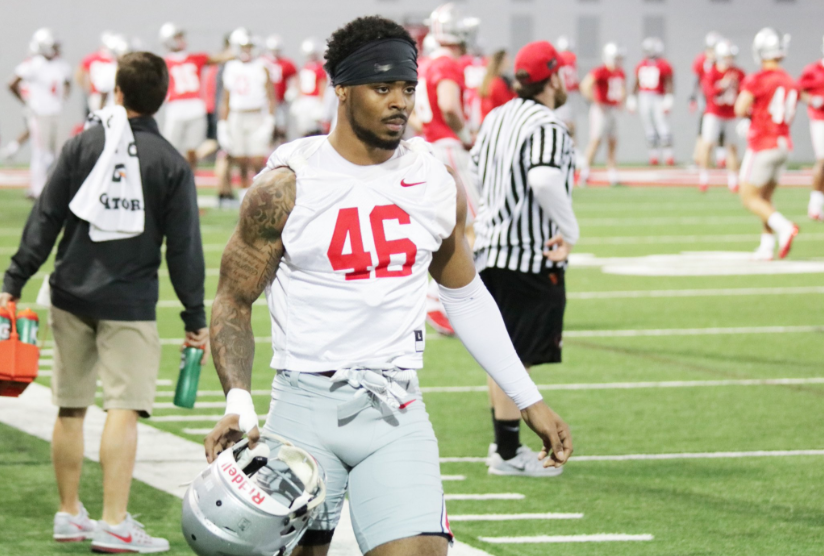 Amid a big shakeup on the defensive staff, the Ohio State back seven got a boost Friday afternoon.

Cornerback Damon Arnette, who will be a fifth-year senior in 2019, announced via Instagram that he will return to Columbus for his final season. He’ll be playing for two new secondary coaches – co-defensive coordinator/DBs coach Jeff Hafley and special teams coordinator/assistant secondary coach Matt Barnes.

“I would like to thank Coach (Urban) Meyer for the opportunity to be a Buckeye and I would also like to thank Buckeye Nation for all the support that was given to me and my teammates over the last 4 years,” Arnette wrote in a post on Instagram. “Playing for The Ohio State University has been truly a blessing and an unforgettable experience.

“After speaking with my family and getting valuable inside from (former Buckeye wide receiver) Cris Carter I have decided to return to The Ohio State University to take care of some unfinished business with my brothers.”

Arnette first arrived at Ohio State as a three-star cornerback out of Fort Lauderdale (Fla.) St. Thomas Aquinas in the 2015 class. He redshirted his first year as a Buckeye before playing a limited role in 2016, recording 21 tackles and an interception. He took over as a starter in 2017, tallying 44 stops and two picks before adding 40 tackles and one interception this year.