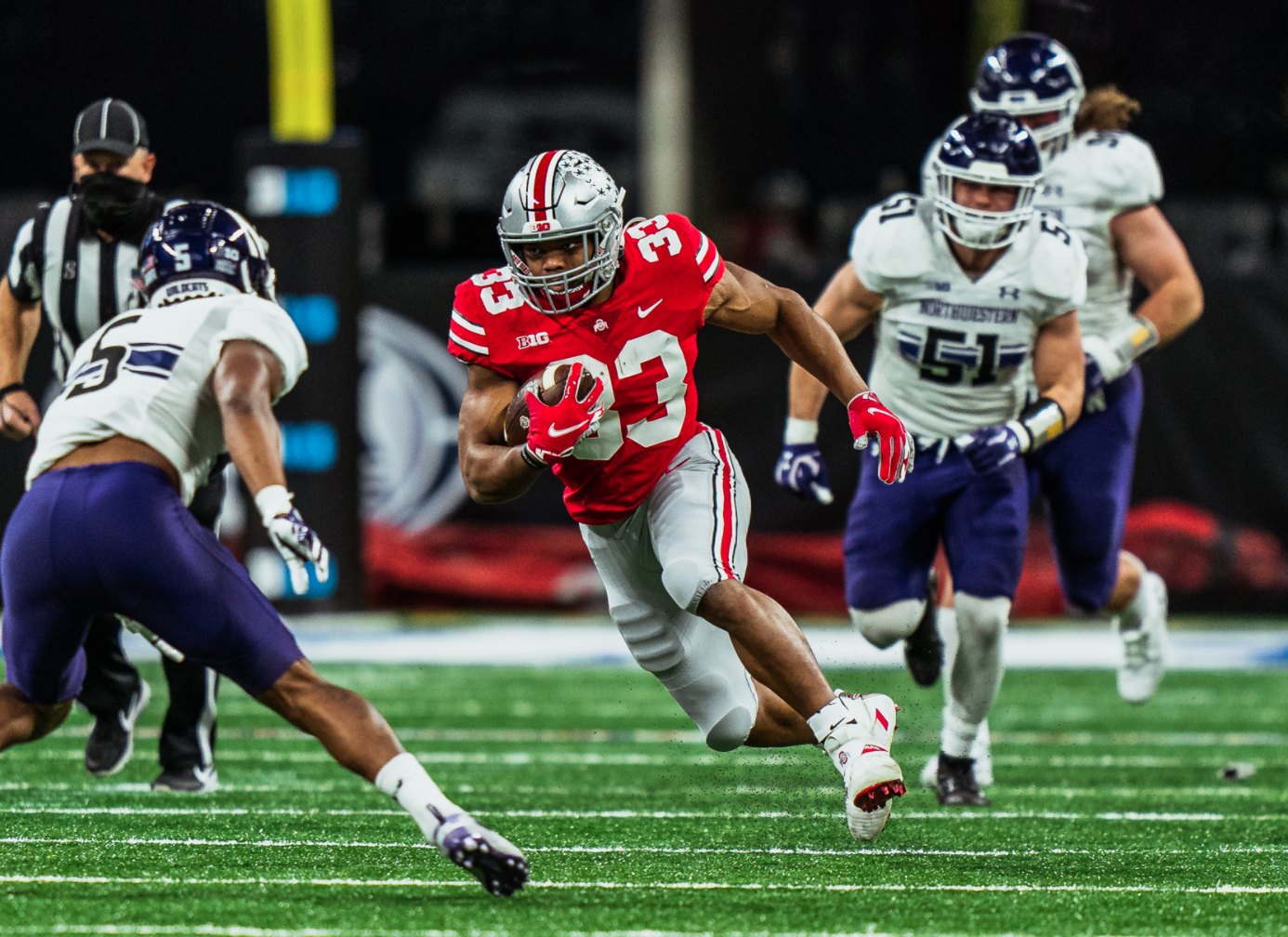 Unlike the battle between Justin Fields and Trevor Lawrence that will be underway when Ohio State and Clemson face off on Friday, the running back matchup will not be a rematch for the second straight year.

While Clemson running back Travis Etienne is back in hopes of another strong performance against the Buckeyes, the Tigers will face a new foe with Oklahoma transfer Trey Sermon, as well as Master Teague, who saw time in last year’s 29-23 defeat.

For much of the season, it looked like Etienne had the clear statistical advantage over either Ohio State running back, but one historic performance by Sermon against Northwestern in the Big Ten Championship completely flipped that script.

In that Big Ten title game, Teague’s numbers were also impacted, and not in a positive way. He left the game with two carries for 23 yards before suffering an injury, and his rushing yards per game fell from 85.2 to 74.83.

On the Clemson side, Etienne has been efficient on his carries overall, but has not been utilized in a major way, with his season high in rushes being a 20-carry effort against Boston College when the Tigers were without Lawrence.

But Etienne has been consistent, leading Clemson in rushing yards in all 11 games this season, including three 100-yard rushing efforts against Wake Forest, Miami (Fla.) and in the ACC Championship against Notre Dame, all of which came on 17 carries or less.

Ohio State did not have troubles stopping Etienne on the ground in the Fiesta Bowl, holding him to 37 yards and a score on 10 carries, with Lawrence instead doing most of the rushing damage with 107 yards and a touchdown on 16 rushes. But Etienne was a big factor through the air, catching three passes for 98 yards and two touchdowns, with the receiving scores coming from 53 and 34 yards out, both of which were in the second half.

Etienne has continued to make an impact as a receiver, more than tripling the per-game output that Ohio State’s running back duo has made in receiving yards.

Clemson has more of the known entity with Etienne, who has proven to be an extremely valuable component to the Tigers offense across multiple seasons. Ohio State has two running backs who have had some ups and downs this year, including one coming off one of the best performances on the ground in program history.

If Sermon can replicate that showing in any sort of fashion, and if Teague is healthy and capable of improving on his seven-carry, nine-yard output against Clemson last year, Ohio State may have enough on offense to keep up with the favored Tigers.

It would be a lot to ask of the tandem to try and replicate what J.K. Dobbins did in the Fiesta Bowl last year: 18 carries, 174 yards and a touchdown while laboring a leg injury. But nobody was expecting Sermon to break Eddie George’s record against Northwestern either, so maybe lightning can strike twice in two games for Ohio State’s backfield.