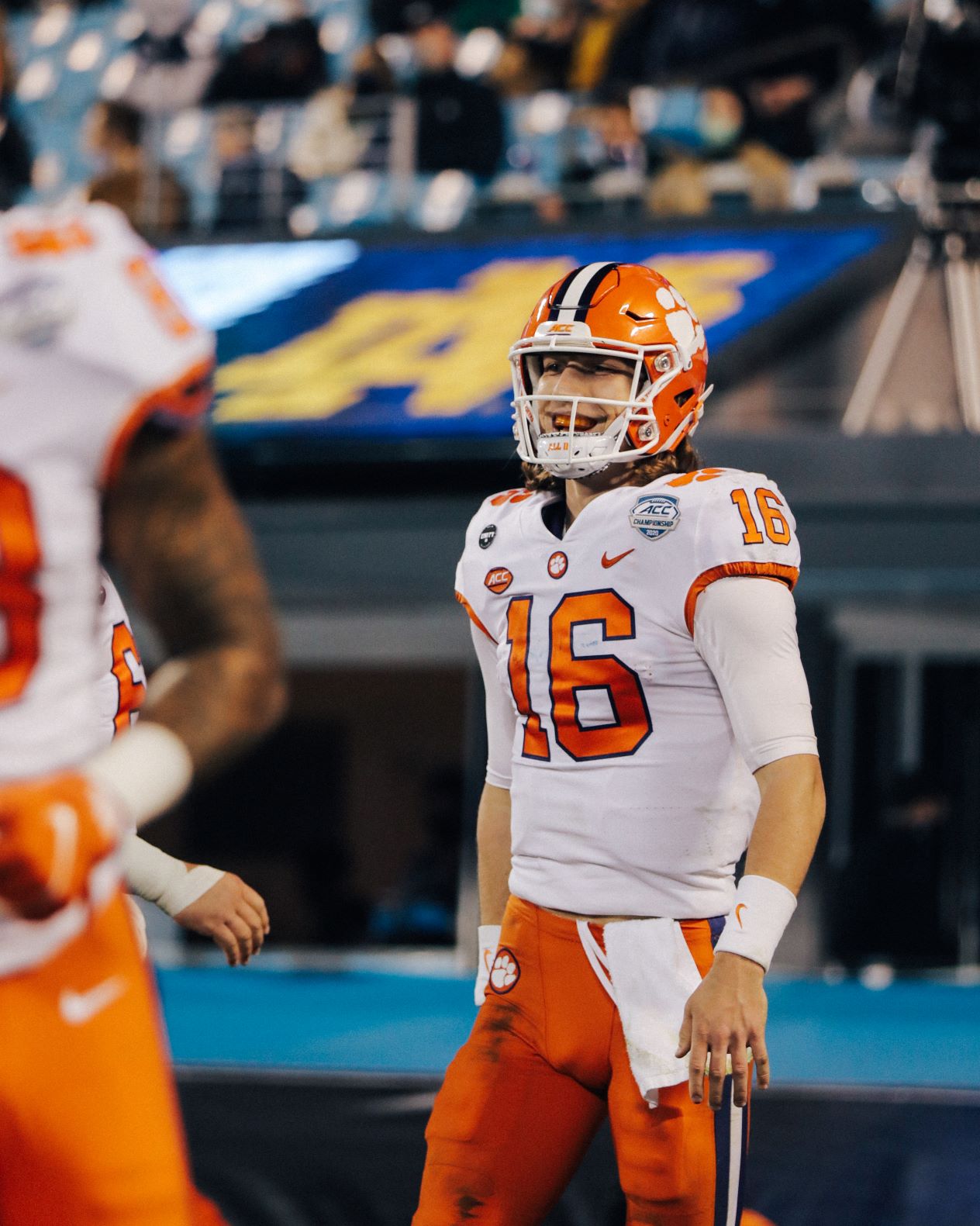 Q. Can you tell us what you did exactly for Michelin? Maybe where you were based, what your job duties were, and how and why you returned to coaching.

Q. I was just wondering, with Taisun [Phommachanh] and the situation his family went through, how did you all try to help him? And what’s it been like for you guys on offense trying to help?

Q. Some of the names and faces on Ohio State’s defense are the same from last year but they’ve moved around a little bit. One in particular, Pete Werner, who was their Sam linebacker this year moving over to Will. Anything that jumps out at you on film about him in that new role and what he means to this defense?

Q. As a Clemson lifer and a guy who knows the program and knows the history, I don’t want to read too much into sort of what fans think about things. But for a long time, as this level of success continued to grow, you guys were the good guys, fighting against the Alabama evil empire in a lot of fans’ minds outside of Clemson fans. It feels like maybe this year more than ever you guys have sort of been in that cachet of the bad guys, too, because of all the success you’ve had. Is that something that anybody takes notice of inside the program? I know Dabo [Swinney] always likes playing the little old Clemson underdog card as a way of motivating things. Does being the bad guys be its own motivation a little bit?

Q. I’m wondering if you feel like you know more about the Ohio State defense based on the game last year or based on the film you’ve seen this year.

Q. If Deshaun [Watson] is remembered as the guy who helps orchestrate the program’s next step from 2014 through 2016, what do you believe Trevor Lawrence’s legacy or long-standing impact will be when his time ends at Clemson?

Q. Dabo [Swinney] mentioned yesterday that the wide receivers didn’t exactly play their best game versus Ohio State last year. I know it’s largely a different group this year. Is that something that you can point to just kind of to challenge them going into this game?

Q. There’s a reason the wishbone isn’t run anymore, the veer isn’t run anymore. Will there be a day that defenses sort of, quote/unquote, catch up with to the spread in RPO? Because, you know, guys like Brent Venables are game-planning against it every day.

On his legacy at Clemson and in college football:

On his role in and impact of the ‘We Want to Play’ movement:

On how much his one college loss sticks in his mind:

On his time knowing and competing against Ohio State’s Justin Fields:

On what he’s learned about himself from past mistakes:

Getting the opportunity to start this year?

State of rivalry being an Ohio kid?

Where does motivation come from?

Describe Trevor Lawrence as a runner?

What was it like once Justyn Ross got hurt and the responsibility you took on?

WRs struggled off the line last year against OSU a talking point?

What will you remember most about Trevor?

What did you learn from losing to ND?

Trying to find other ways to get you the ball against OSU’s defense?

When did you know this offense could be special?

Having a bigger role this year?

What could this year do for you?

How does Dabo challenge the WRs?