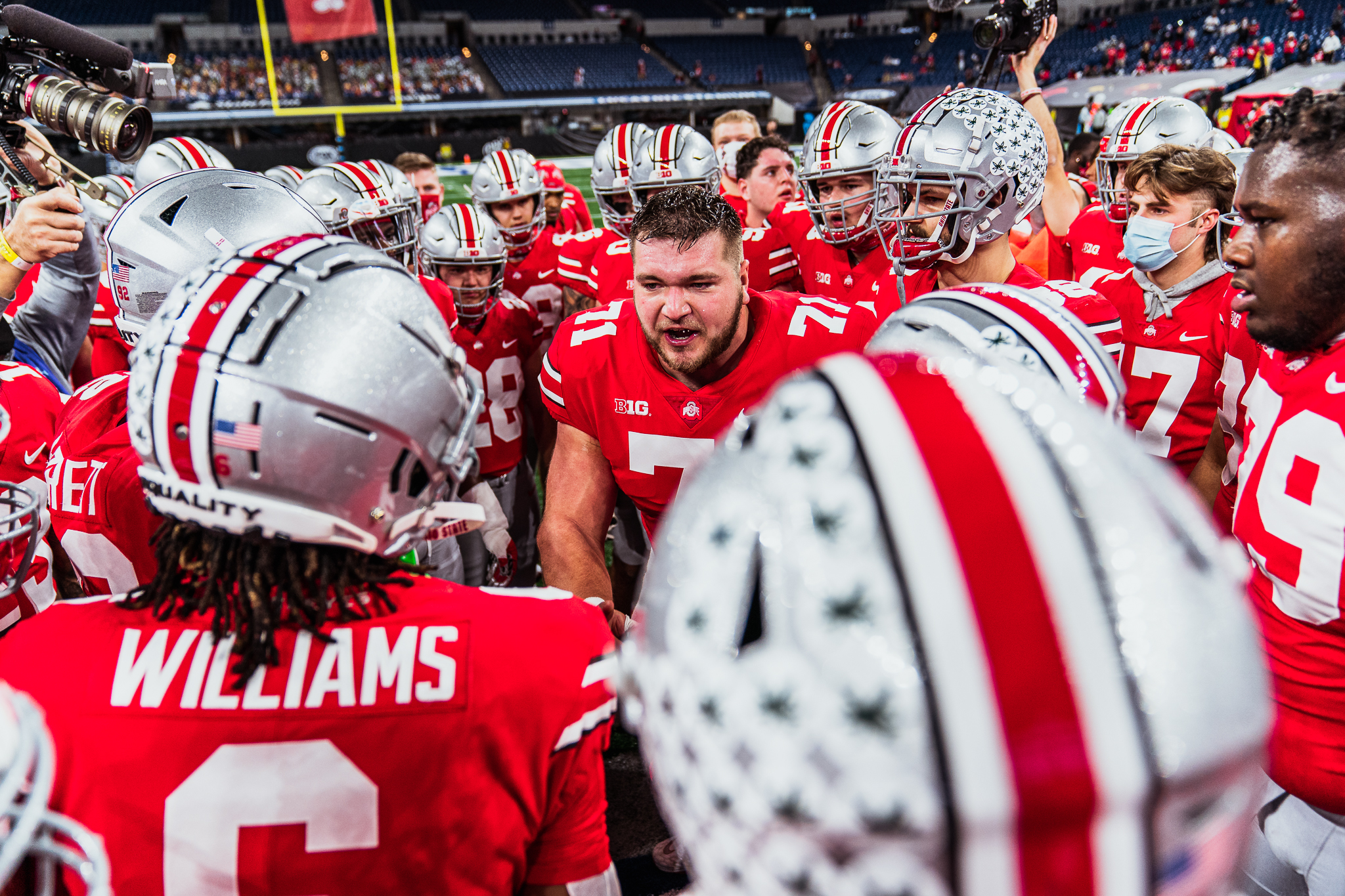 Ohio State junior center Josh Myers on Tuesday was named one of three finalists for the Rimington Trophy, which is presented annually to the nation’s best center.

“Josh Myers has been a force at center for the Buckeyes in 2020,” the Rimington Trophy said in a release. “He was named first-team All-Big Ten Conference for the four-time defending Big Ten champions. He’s helped the Buckeyes to a Top 5 national ranking, and first in the Big Ten, in rush ing with 275.7 yards per game, an average that includes three consecutive 300-plus yard games the last three games and a per-game average of 342.0 during that streak. Myers also is a leader of an Ohio State offense that is the only offense in the Power Five that averages at least 250 yards rushing and passing per game.”

The other finalist are Alabama’s Landon Dickerson and Iowa’s Tyler Linderbaum, with the winner to be announced during the Home Depot College Football Awards on Jan. 7.

Myers is looking to become the fourth Buckeye to win the Rimington Trophy, joining LeCharles Bentley in 2001, Pat Elflein in 2016 and Billy Price in 2017.