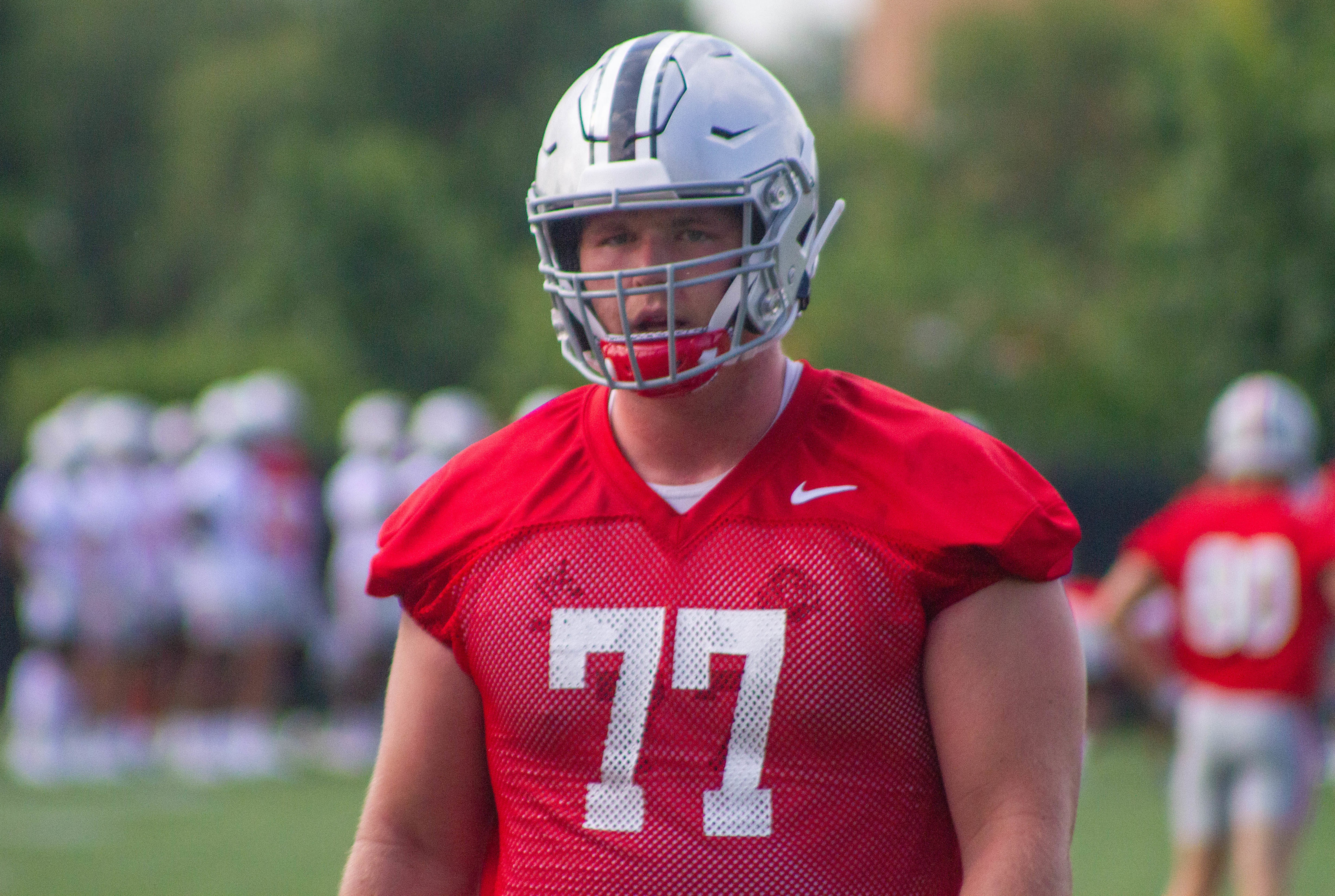 Ohio State center Harry Miller and wide receiver Jameson Williams on Thursday afternoon became the third and fourth members of the Buckeyes’ 2019 recruiting class to have their black stripes removed, joining wide receiver Garrett Wilson and defensive end Zach Harrison, who lost theirs in the spring.

Miller — a five-star prospect from Buford, Ga. — has been praised by the coaching staff since the spring, when he was attending team meetings on an iPad while pursuing valedictorian status at his high school. He has been running with the second unit in practices so far this fall behind presumed starter Josh Myers.

“I don’t know if he should be, but I think he has the ability to be,” head coach Ryan Day said on Tuesday when asked if Miller could contribute this season. “He has to continue to grow as the season moves on. I do see him getting on the field.”

Williams, meanwhile, was considered a four-star prospect coming out of St. Louis Cardinal Ritter Prep. He’s shown flashes of his track star speed in practice and should be an early contributor on special teams.

🚫⬛️ He's been flashing all over the field. @1of1juiceman got his stripe off today‼️#GoBucks #ToughLove #Zone6 pic.twitter.com/GLvSY734HC

Rutgers offensive guard transfer Jonah Jackson is the only other member of the team to shed his black stripe during fall camp. Here’s the full list, which dates back to spring practices: