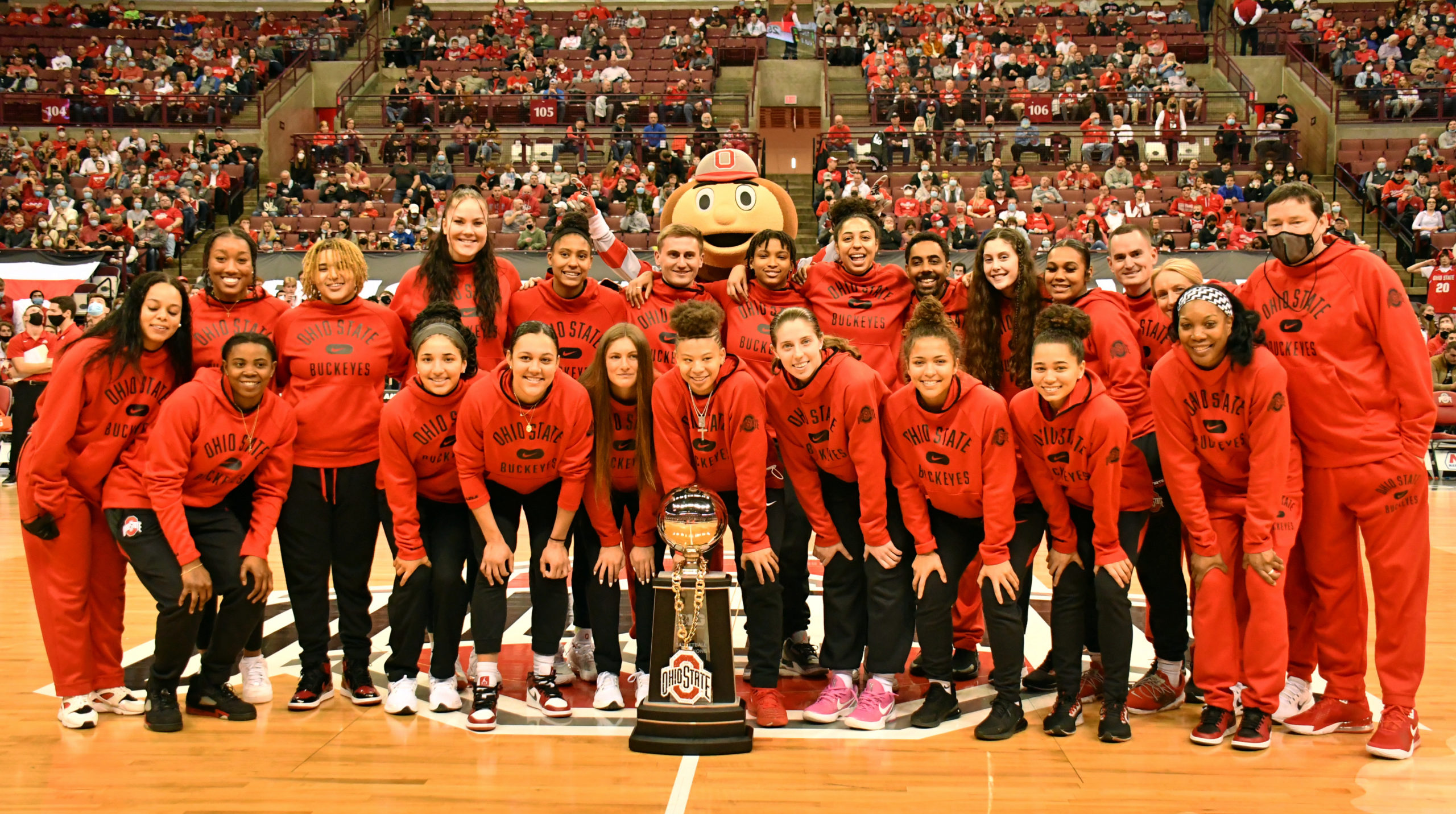 The Big Ten Women’s Basketball Tournament is already underway, but Ohio State will not see the court until Friday after earning a double-bye and being named co-Big Ten champions alongside Iowa.

While the Buckeyes do not know their opponent yet – either No. 9 Purdue or No. 8 Michigan State, which will be decided Thursday at 11:30 a.m. – they are prepared for their first trip to the Big Ten Tournament since the 2019-20 season following last year’s postseason ban.

“(We’re) super locked in,” senior guard Taylor Mikesell said. “I mean, it’s March. This is the best time of basketball. It’s what you work for all summer all, all preseason, so I think we’re all super locked in and just eager to get down to Indianapolis.”

Mikesell was not on the Ohio State team that suffered the postseason ban, but for her teammates that were forced to sit at home during last year’s tournament, it’s been a rallying cry for the team all season as they look to make some noise.

“Coming into the year we were hungry with that,” Ohio State head coach Kevin McGuff said. “Once you get going you more focus on the process of this year. But that’s certainly fueled a lot of the offseason and more effort in preparing for this year.”

The Buckeyes are the No. 1 seed in the tournament following a fairly improbably run to the conference title over the final weeks of the regular season. Despite losses to Indiana and Michigan throughout the season – two teams that stood atop the conference standings for most of the year – Ohio State was able to outlast them as the Hoosiers and Wolverines faded down the stretch.

Ohio State, meanwhile, heated up over its final games, allowing an average of just 50.7 points per game over its last three regular-season contests, including a 59-42 thrashing of Wisconsin at Value City Arena.

While the Buckeyes have been known for their offensive prowess, averaging 80.0 points per game (fourth in the nation), they improved defensively throughout the season as sophomore guard Rikki Harris and freshman forward Taylor Thierry came on strong in the second half.

“We’ve gotten better defensively (and) with our rebounding,” McGuff said. “But I think those are two areas that we need to have a good week with, just making sure we prepare for whomever we play and other than that, just trying to be the best version of ourselves.”

It’s unclear exactly what expectations are for this Ohio State that overperformed in the regular season with a mountain of adversity thrown at it, but with wins over Iowa and Maryland and plenty of experience with Indiana and Michigan in a potential rematch, the sky could be the limit for this Ohio State team looking to win the Big Ten Tournament for the first time since 2018.

“Our kids have done a great job sticking with the process,” McGuff said. “We’ve had ups and downs like everybody in the league, but our ability to bounce back after tough losses and stay together, play together, to fight for each other has been really crucial to our success.”