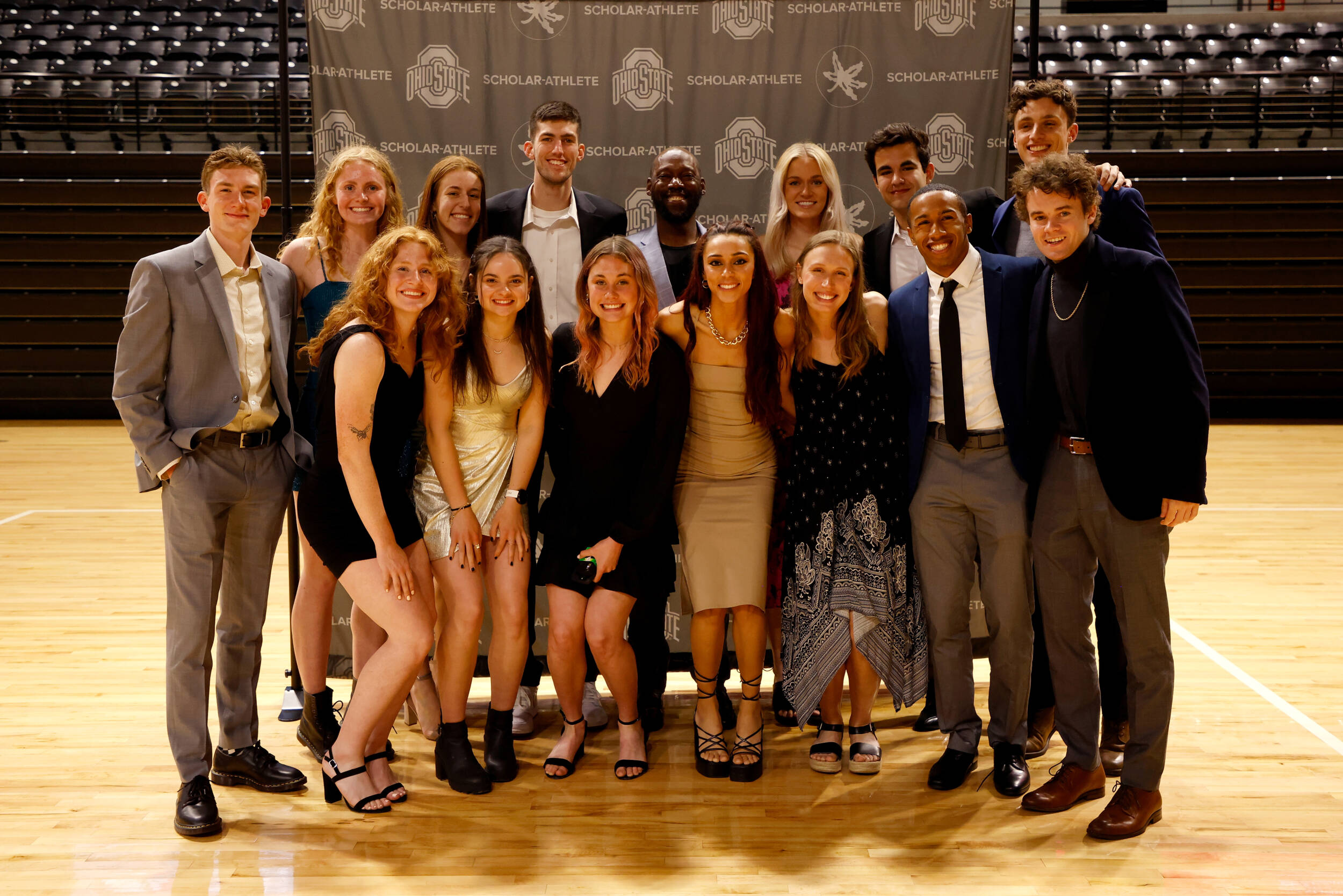 The university received two Big Ten Medal of Honor awards for one male and one female athlete. Women’s soccer defender Izzy Rodriguez and track and field sprinter Tyler Johnson won the prestigious honor. Ohio State had 10 student-athletes nominated for the award based on their accomplishment in the classroom and their court, field, pool or track.

Women’s hockey forward Paetyn Levis received the John Dana Cole Award, a one-time stipend awarded for postgraduate studies at Ohio State. The scholarship’s recipient exemplifies promise in their chosen field and demonstrated academic achievement, including a 3.00 GPA or above during their college career.

Huric received the Pierce Phoenix Award. According to a university press release, the honor is presented to a student-athlete who has excelled in academics, athletics, and personal development “attained through perseverance and hard work.” The recipient should use the scholarship to attend graduate or professional school at Ohio State, with a preference for student-athletes who intend to enroll in the Fisher College of Business.

The M/I Homes Foundation Award has been presented annually since 1976, with this year’s recipients being Nothnagle and swimming and diving’s Amanda Palutsis. The award promotes women’s achievements in intercollegiate athletics at Ohio State, providing outstanding female scholar-athletes with a $5,000 scholarship for postgraduate studies at the university. According to the release, female athletes selected for the honor “demonstrate athletic and academic success and community contributions through involvement in civic or university organizations.”

Men’s gymnast Andrew Brower, women’s hockey defenseman Clair DeGeorge, Huric and cheer’s Duncan MacKenzie won the Corwin A. Fergus Award. Fergus scholars are male or female student-athletes who excelled in athletics and academics and demonstrated qualities of character, citizenship, and potential for success in a postgraduate program. The winners are provided a $5,000 scholarship — renewable for up to three years — that can be utilized for postgraduate and professional programs at Ohio State.

The award is in honor of Corwin A. Fergus, an Ohio State football team member from 1912-14. He graduated from the university’s law school and became a successful businessman. His strong commitment and academic pursuits created positive contributions to the local community.

Men’s fencer Shavanth Arnipalli, Brower, and women’s volleyball’s Becca Mauer, Gruensfelder and Rosenthal were the five Buckeyes selected for the Woody and Anne Hayes Award. The award, established in 1979, provides one or more student-athletes with financial assistance for postgraduate studies. The recipients of the scholarship demonstrated above-average academic achievement and leadership in their respective programs.

Brower and Palutsis received the Big Ten’s postgraduate scholarships for their academic performance and leadership qualities. The winners maintained at least a 3.2 GPA and served as excellent role models for their teams. They intend to continue their academic work beyond their undergraduate degree in a postgraduate program.

According to the release, “the scholarship will be used to pay expenses of the student’s postgraduate education to include such related activities as research and teaching.” The student-athletes can also use the money for other expenses like tuition, fees, room and board, required supplies and books.

Brower and Palutsis can retain their scholarship if they accept a position in a full-time graduate degree program within three years from the August 2022 semester at Ohio State or another university.

MacKenzie and Nothnagle were honored as the Varsity O Scholarship Award winners. The award provides one male and one female scholar-athlete with a one-time stipend of $4,000 for postgraduate studies at Ohio State. According to the release, “the ideal candidate maintained a 3.0 GPA or higher during undergraduate studies, earned a varsity letter and performed community service.”

Varsity O also recognized women’s fencing for the most improved GPA for a large team at Ohio State. Pistol took the same honor for teams with similar roster sizes. The women’s hockey team (large) and women’s gymnastics (small) were honored with the highest GPAs.

To view all 788 of Ohio State’s scholar-athletes, click here.