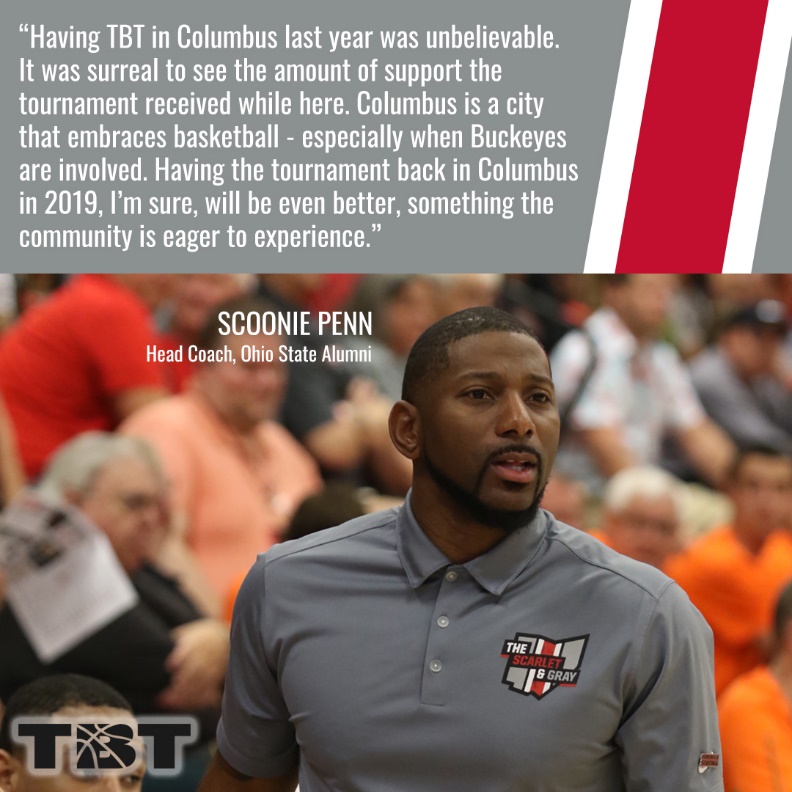 While their playing days at Ohio State are over, the Ohio State Alumni team led by Jared Sullinger and Aaron Craft is set to host a regional round of The Basketball Tournament in Columbus from July 19-21. Games will be played at the Capital Center.

The team consisting mostly of former Buckeye stars has found success in The Basketball Tournament in recent years, being named Midwest Regional Champions in 2017. The team also competed in Columbus in the Midwest Regional last year, winning twice in front of sell-out crowds at the Capital Center.

OSU’s alumni team is coached by Buckeye great Scoonie Penn, who is also a staffer with Chris Holtmann’s program. Portland Trail Blazers guard and Buckeye great Evan Turner is returning as an assistant coach as well.

“Having TBT in Columbus last year was unbelievable,” Penn said. “It was surreal to see the amount of support the tournament received while here. Columbus is a city that embraces basketball – especially when the Buckeyes are involved. Having the tournament back in Columbus in 2019, I’m sure, will be even better, something the community is eager to experience.”

First round games at Capital University will be held July 19 before the regional semifinals the following day. The regional championship game will be played July 21. ESPN’s family of networks will broadcast select games from the tournament.

The 2019 edition of TBT will mark the first time the tournament has admitted host teams – eight of them total – before opening the competition up for applications, with the intention of creating a college-like atmosphere during early rounds.

The tournament features 64 teams that include top professionals and former college stars, some of whom are former or future NBA players. The winning team takes home a $2 million prize. The semifinals and championship game will be played in early August in Chicago.