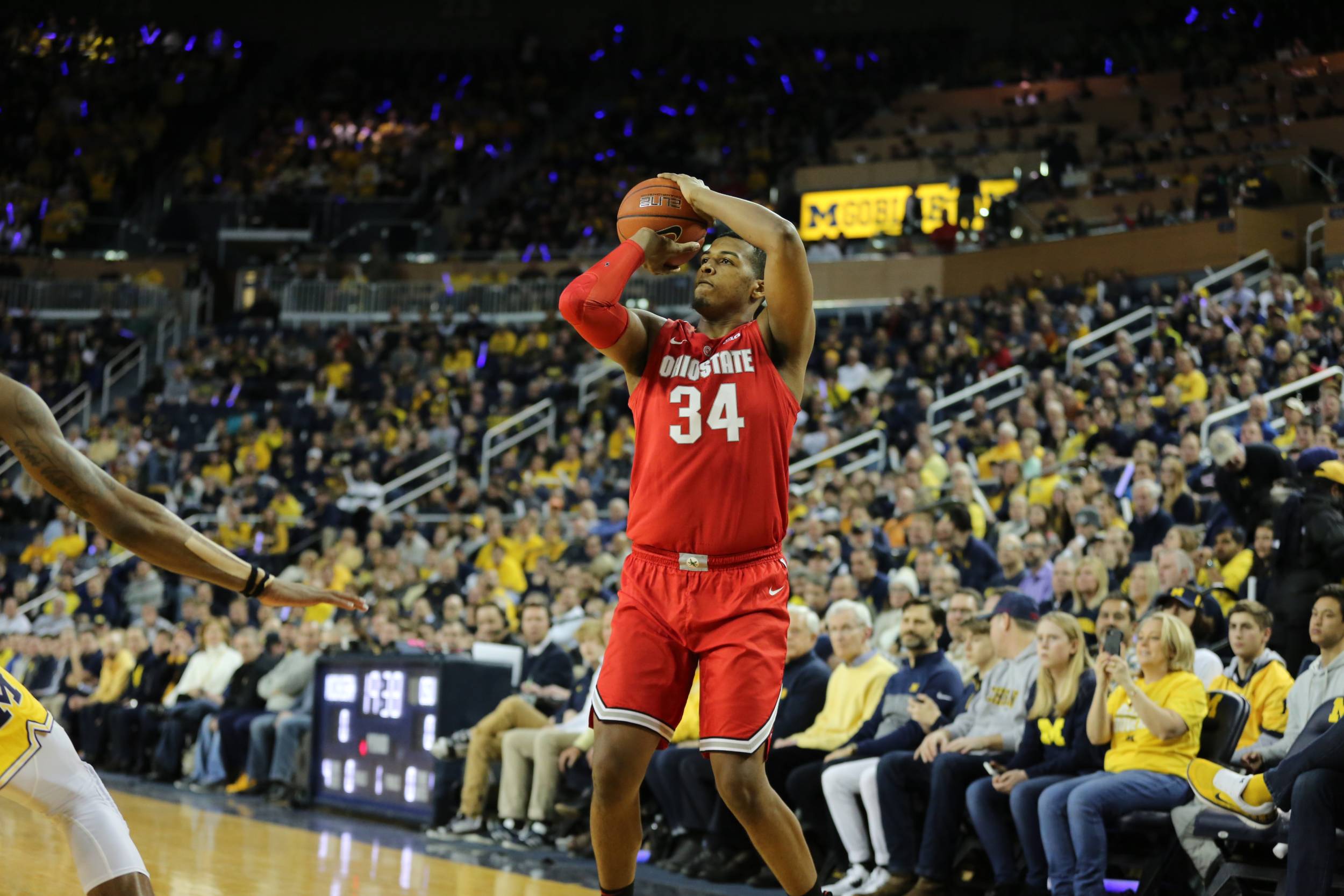 Ohio State hung with Michigan for much of the first half, but the Wolverines showed why they are the No. 5 team in the country when they pulled away from a six-point halftime lead for a 65-49 victory at Crisler Center in Ann Arbor, Mich., on Tuesday.

The Buckeyes (13-7, 3-6 Big Ten) led 26-25 with left in the first half on a jumper by C.J. Jackson but went scoreless from there and U-M reeled off seven straight points for the 32-26 lead going into the break.

It was all Michigan (20-1, 9-1) in the second half to send the Buckeyes to their sixth loss in the past seven games. The Buckeyes ended a five-game losing streak with a 70-60 win at Nebraska on Saturday, but the Cornhuskers are not the Wolverines.

Kaleb Wesson led the Buckeyes with 12 points but played only 22 minutes because of foul trouble. Jackson added 11 points, but each had only one field goal in the second half.

U-M junior guard Zavier Simpson from Lima (Ohio) Senior, tore up the Buckeyes with a triple-double – 11 points, 10 rebounds and 12 assists.

The Buckeyes got off to a good start, and when Andre Wesson drained a three-pointer, the Buckeyes had a 17-12 lead with 12 minutes to go.

UM took the lead for good at 27-26 on a Simpson layup with 2:10 left. Ignas Brazdeikis followed with a trey and Charles Matthews made a second-chance basket with 24 seconds to go for the final points of the half.

Neither team played well to start the second half before Kaleb Wesson nailed a three to cut the deficit to 32-29 with 17:36 to play but the Wolverines slowly increased the margin to ensure their 20th straight home win.