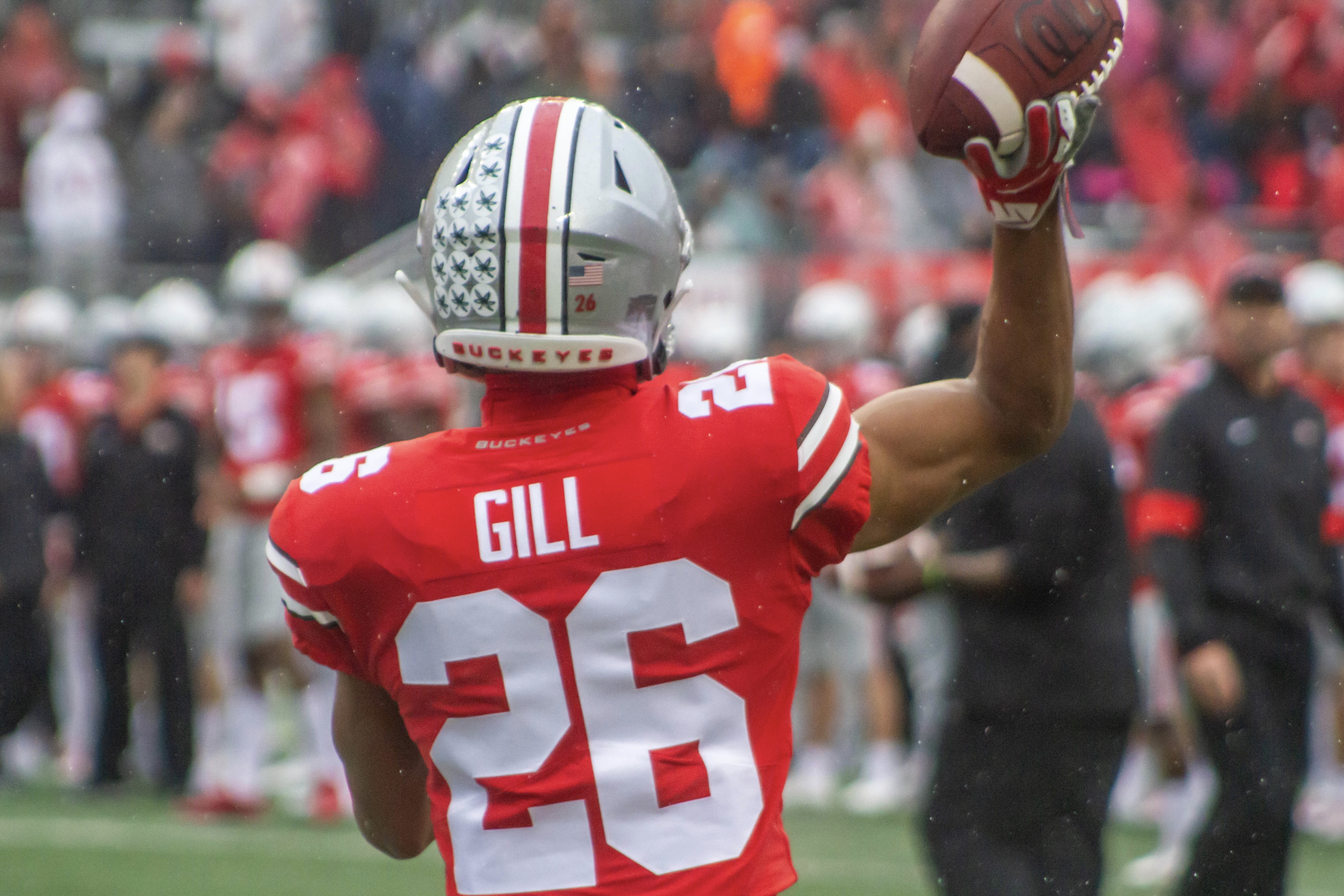 Buckeye Sports Bulletin has confirmed a report from Lettermen Row that Ohio State redshirt sophomore all-purpose back Jaelen Gill is entering the transfer portal and will be finishing his college career elsewhere.

This comes on the heels of a redshirt freshman campaign that the former four-star Westerville South native described as frustrating. He played in just four games, reeling in 6 receptions for 51 yards and a touchdown. He grabbed the attention of Ohio State fans with an electrifying run and score against Rutgers, but didn’t touch the ball again in Ohio State’s final four games.

“You definitely get frustrated, you definitely get down on yourself but I try to have my close ones by me help me with that, talk to them, talk to (wide receivers coach Brian Hartline) and stuff like that and just keep faith, just keep praying to God,” Gill told said after the Big Ten Championship Game. “I just got to take everything day by day, keep learning from the older guys like Austin, like Ben, like K.J., Coach Hart, (assistant wide receivers coach Keenan Bailey).”

The move drops Ohio State within the limits of NCAA scholarships rules, as it now sits at 85 players on scholarship. Head coach Ryan Day was asked about being over the limit in February.

“You know, these things have their way of working themselves out, as we know,” Day said. “But that’s also a tricky thing. And we had to walk away from a couple of guys here in February because I didn’t want to be put in that situation. And so we’ll see how these things work out in the spring, and obviously with the transfer portal we never want to lose anybody but you also have to forecast that out a little bit so you’re not short and there’s also medicals and different things that way. So, again they have their way of working themselves out and we’ll just try to forecast the best we can.”

Gill was expected to see his workload increase in 2020 with the departures of K.J. Hill, Binjimen Victor and Austin Mack at wide receiver, as well as J.K. Dobbins’ entry into the NFL draft at halfback. He had been projected as a potential starter in the slot, and was competing for starting time as a kick and punt returner in spring practice prior to the cancellation of all team activities on March 12.