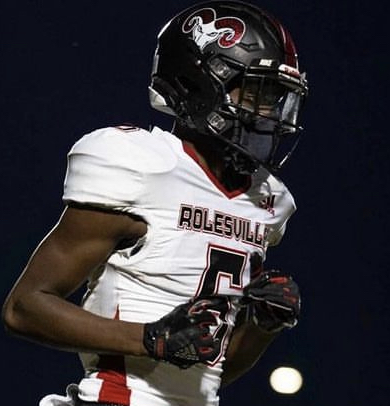 Ohio State won out over several in-state schools, including NC State and North Carolina, as well as Clemson and Florida State. The Wolfpack applied the most pressure, hosting Rogers for several unofficial visits dating back to last summer.

Despite the push, Rogers committed to Ohio State without making it to Columbus for his official visit, though that will certainly be on the table in the coming months now that he is in the fold.

He received his offer from Ohio State on Jan. 12 and made his first – and so far only – visit to Columbus in early April.

“He’s a productive big-play receiver who averaged 20.5 yards and had 22 touchdowns on 70 catches,” said 247Sports national recruiting analyst Brian Dohn. “He’s a smooth route runner who gets off line and into routes well. He gets out of breaks and accelerates to gain separation and adjusts well to off-target throws and shows excellent ball skills. He is sure-handed and willing to make plays in traffic.

“He exhibits body control and makes acrobatic catches look easy,” Dohn continued. “He knows how to use size to shield defensive back and high-points ball well and excels on 50/50 balls. He shows ability to pierce defenses and make big plays after the catch. He demonstrates some elusiveness after the catch but is at his best when securing the catch and getting up field. He consistently gets behind defenses despite facing very little press coverage.”

With four commitments at wide receiver, this likely wraps up any recruiting at the position for 2023. Other Ohio State targets throughout the process who had yet to commit included Longview, Texas, five-star Jalen Hale (6-2, 175), Folsom, Calif., four-star Rico Flores (6-1, 190) and Houston (Texas) Langham Creek four-star Jaquaize Pettaway (5-11, 170).