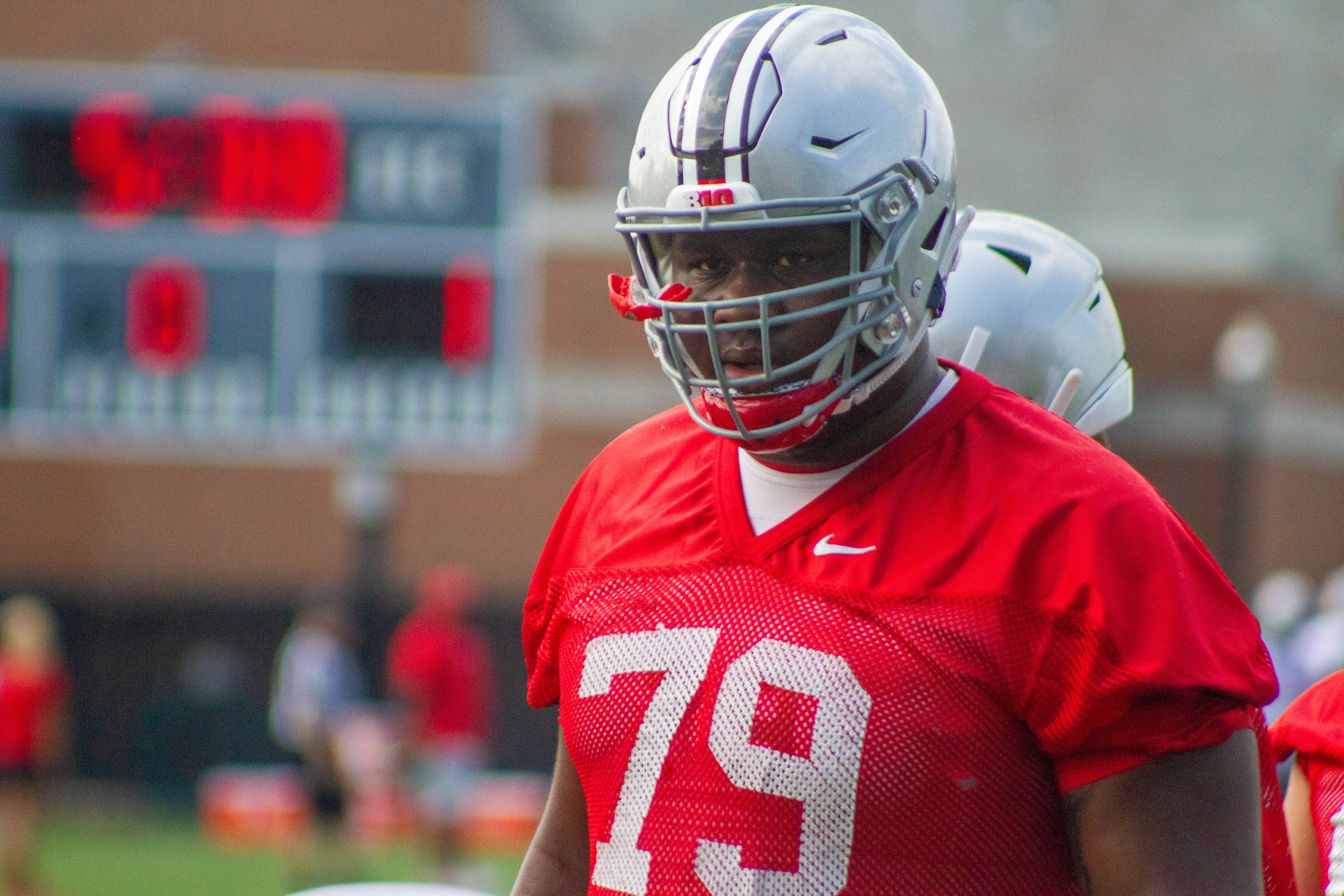 Freshman offensive linemen Dawand Jones and Enokk Vimahi on Wednesday evening became the 12th and 13th member of Ohio State’s 2019 recruiting class to have their black stripes removed, which signals their status as full-fledged members of the Buckeyes’ football program.

🚫▪️ Getting tougher every day. Getting better every day. @dawand_jones now has his stripe off‼️#GoBucks #ToughLove pic.twitter.com/MIbZ9vmpRe

“This guy came in (as) a basketball guy. We converted him to football,” assistant athletic director of player development Ryan Stamper said in the video. “(He’s) getting tougher every day (and) getting better every day.”

Vimahi, meanwhile, was a four-star prospect and is Ohio State’s first scholarship player from Hawai’i. He was actually tasked with gaining weight upon his arrival in June, and is now pushing 300 (up from 257).

“I just want to thank you for taking me in,” Vimahi said in the video. “It wasn’t easy coming from Hawaii, but what we got here is special and it’s all worth it.”