Observations On Ohio State Offense From Practice No. 11 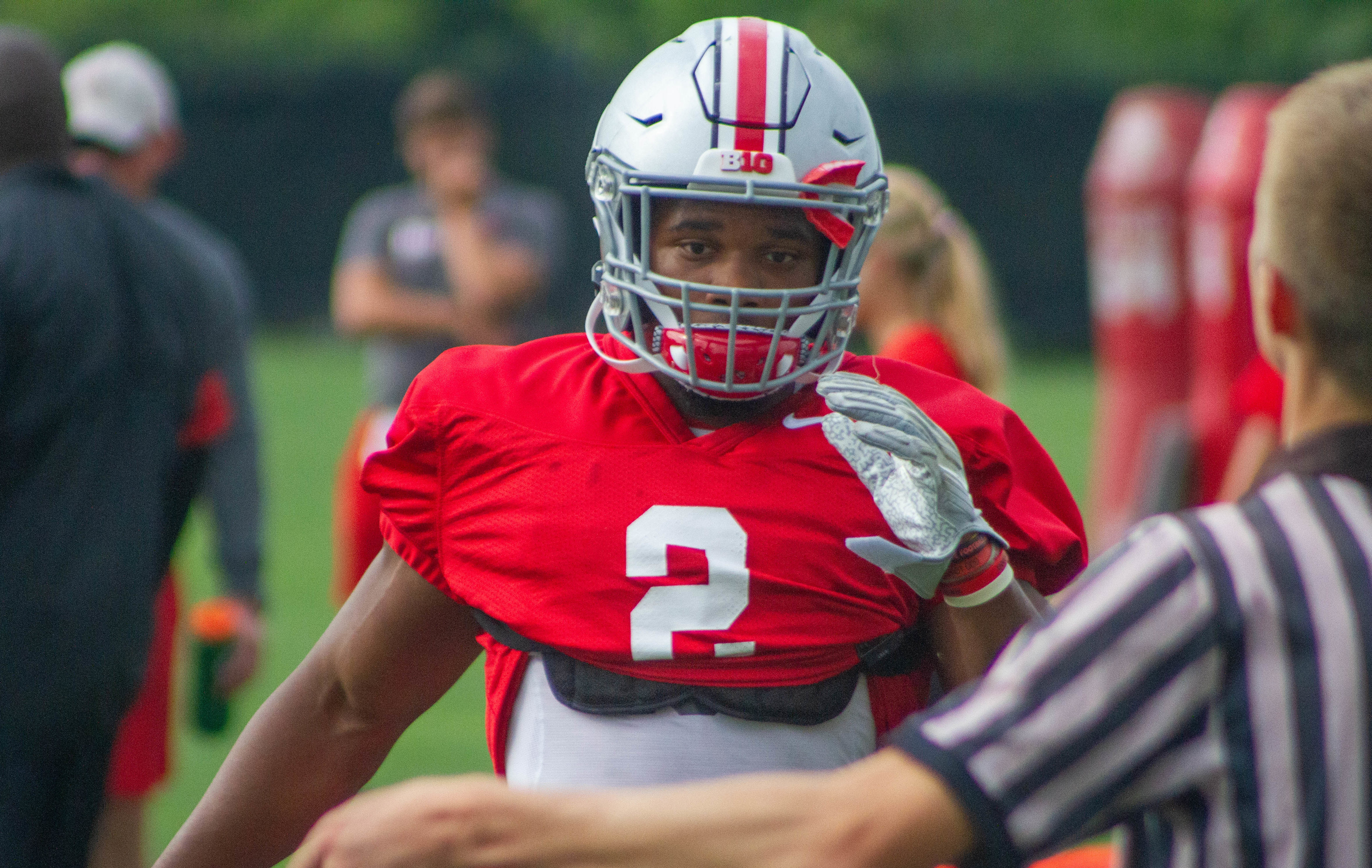 Although it was the most we were allowed to watch of Ohio State football this fall, Day and company did not reveal much — spending the majority of the time doing individual position drills.

When the No. 1 offense did come together, there were not many surprises. Sophomore wide receiver Chris Olave filled in for injured senior Austin Mack at Z-receiver, and fifth-year senior Branden Bowen manned right tackle ahead of highly touted redshirt freshman Nicholas Petit-Frere.

Quarterbacks and running backs worked together on pitching  and catching options, while the tight ends worked on their specialty — run blocking.

Then, the quarterbacks and wide receivers teamed up to work on routes. The wideouts started running comebacks and transitioned to dig routes and fades. Fifth-year senior H-back C.J. Saunders, a former walk on, made an excellent over-the-head catch near the far end zone.

Meanwhile, the running backs worked on footwork drills with running backs coach Tony Alford smacking at the ball with a giant bat so the tailbacks could emphasize ball security.

Surprisingly, Day allowed the media to spectate the offense when it worked on screen plays. Ohio State used a variety of different personnel packages during this session, which involved some of the team’s most exciting playmakers.

After the screen period, the Ohio State wide receivers and tight ends competed against the Buckeye secondary, with the quarterbacks throwing them passes. Meanwhile, the offensive line worked on double pulls, with the guard and tackle sweeping toward the edge with force.

Quarterbacks then teamed up with tight ends, who ran drag and out routes near the goal line. The running backs worked on pass protection, while the wideouts ran deep one on-one routes against each other.

Redshirt freshman Master Teague returned to practice and worked some with the second-team offense, along with freshman running back Marcus Crowley, who wore a sleeve on his left leg and noticeably limped. Junior Amari McMahon and freshman Steele Chambers also worked in at running back.

Day met with the media following practice and was asked if Teague’s injury made it difficult to evaluate him as the potential No. 2 back behind junior J.K. Dobbins.

“Hard to tell because he just hasn’t practiced very much,” Day said. “And so really don’t have an evaluation on him with the spring and now. He’s getting there but he still isn’t full go. You’ve got Demario and you’ve got the two young guys, but the biggest thing is going to be ball security in the end; who do we trust? We give the ball to him.

“Right now, there is no backup running back. I think all three guys, four guys, with Master when he gets healthy, want that spot, but they have got to learn to take care of the ball and we have to learn to be able to trust them.”