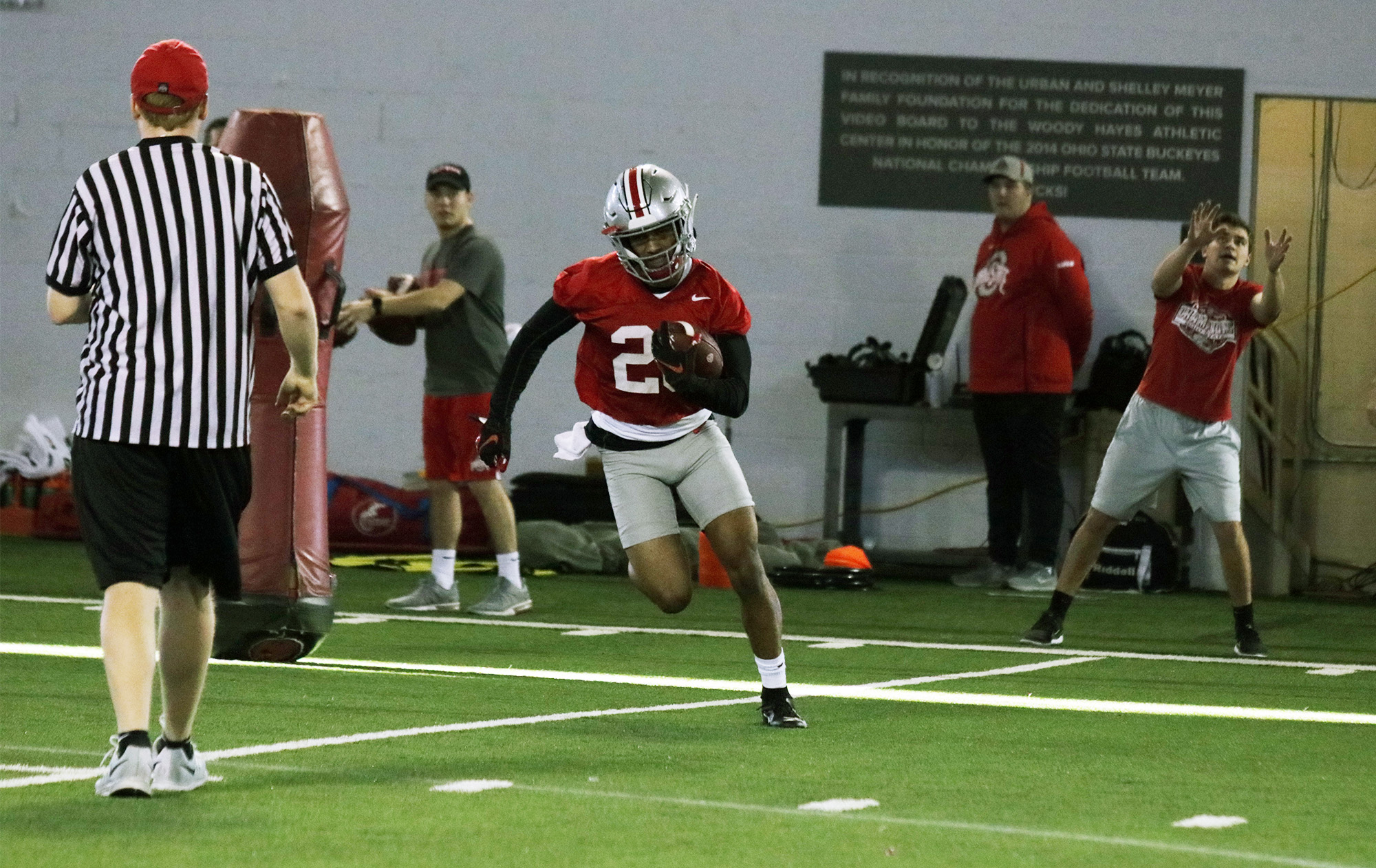 The Ohio State football team hit the practice field at the Woody Hayes Athletic Center on Friday morning for practice No. 2 this spring. The Buckeyes, led by first-year head coach Ryan Day, head into spring break after the session before resuming practice the following week.

Media members were allowed to view the first our of practice, same as Wednesday, meaning there were a few notes and nuggets to take away. Here are some observations from Ohio State’s second practice this year.