Northwestern Prepares For The One Who Got Away, Ohio State QB Justin Fields 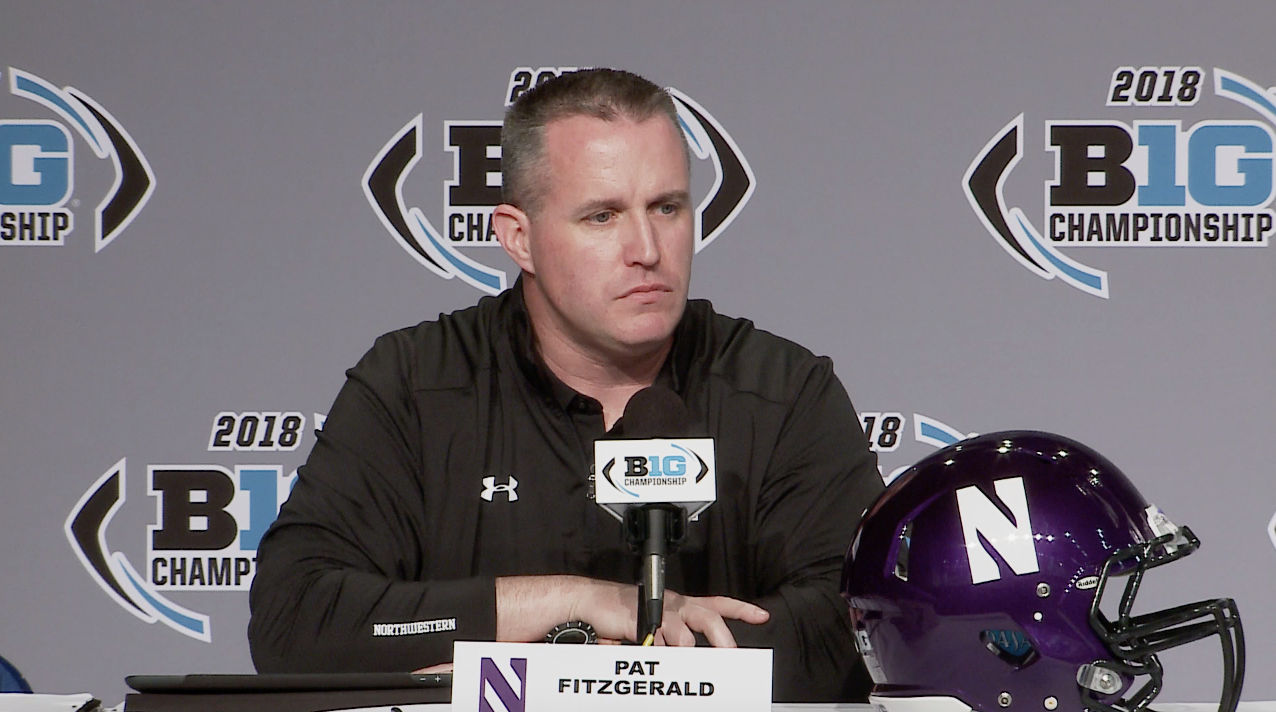 Fitzgerald discussed his recruitment of Fields as a prepster out of Kennesaw (Ga.) Harrison before the dual-threat standout eventually chose Georgia.

“We recruited Justin,” Fitzgerald said of Fields. “He’s a rock-star person. We were blown away with him out of high school. Then all of the sudden in recruiting, you guys gave him too many stars. It would have been great if you kept him where he was when we were recruiting him. Just a stud of a guy.”

“He’s playing outstanding football,” Fitzgerald said of Fields. “He’s doing a great job playing within the framework of what Coach Day wants him to do, and then he’s taken it to the next level being able to be real explosive with his feet and being really smart when he’s doing that.”

The Georgia transfer has added 283 rushing yards and eight touchdowns with his feet. Fitzgerald likened Fields’ playmaking ability to that of 2018 Big Ten Offensive Player of the Year Dwayne Haskins.

“As we watched some things evolve with Haskins last year, all of the sudden you got to the Maryland game and then the Michigan game and our game, and you saw glimpses of where they’re at right now,” Fitzgerald said. “Where he was able to really extend plays with his feet and really make it a challenge. We had some plays in the championship game, where we had just outstanding coverage and we’ve got a guy there to make a play, and then No. 7 [Haskins] made a play.

“When you watch this year’s offense, it’s the same thing from that last three weeks. They just do a great job, and they’ve got weapons everywhere. Everywhere. It starts and ends with the quarterback, but everybody else is first-team All-Big Ten in my book. They’re phenomenal.

“With the way Justin has been able to have it click for him, it’s been really fun to watch; I’m really happy for him, especially with the relationship that we had for a little while with him in recruiting. He’s a great kid.”

With how well Fields has performed for the Buckeyes, it’s almost hard to believe Fields was once excited to receive an offer from Northwestern.

Blessed to have received an offer from Northwestern!! #B1GCats pic.twitter.com/dIZHlKQ3M9

Fitzgerald was asked if he reached out to Fields when the sophomore signal caller entered the transfer portal.

“Like I said, [the reporter’s] group gave him too many stars, brother,” Fitzgerald answered.

Northwestern sophomore cornerback Greg Newsome (6-1, 180), who leads the team with eight pass breakups, was asked if the Wildcats will have to keep an extra eye on Fields because of his elusiveness as a runner.

“Most definitely, we know he can scramble but we also have to game plan for that,” Newsome said of Fields. “Our D-line is going to do things — they know that he’s trying to get out of the pocket, so we’re going to stop that. And then, we’ve just got to stay in coverage.”

Newsome said the Wildcat secondary will not change its coverage against Fields, continuing to stay glued to receivers in man coverage for the duration of each play.

Northwestern senior defensive end Joe Gaziano (6-4, 275), who had 2 ½ sacks and two forced fumbles, was also asked about the effectiveness of Fields as a runner.

“Pass rush-wise it just creates an extra threat for us as defensive linemen to be more disciplined in our rush lanes,” Gaziano said of Fields’ elusiveness. “Not being behind the quarterback and allowing him to step up and escape out the side door.

“And inside guys, make sure we’re pushing the pocket and not getting engulfed in the center guard or the other guard, and letting him escape in those gaps. In our base defense, we have four down; they have five offensive linemen, so there’s an extra gap somewhere.

“We have to be physical, collapse the pocket and make sure that we cover those side doors and the rat holes that he can escape out of.”

Northwestern sounds confident in its ability to keep Fields and the Buckeyes in check, but from what has been shown through six weeks, that task is much easier said than done.