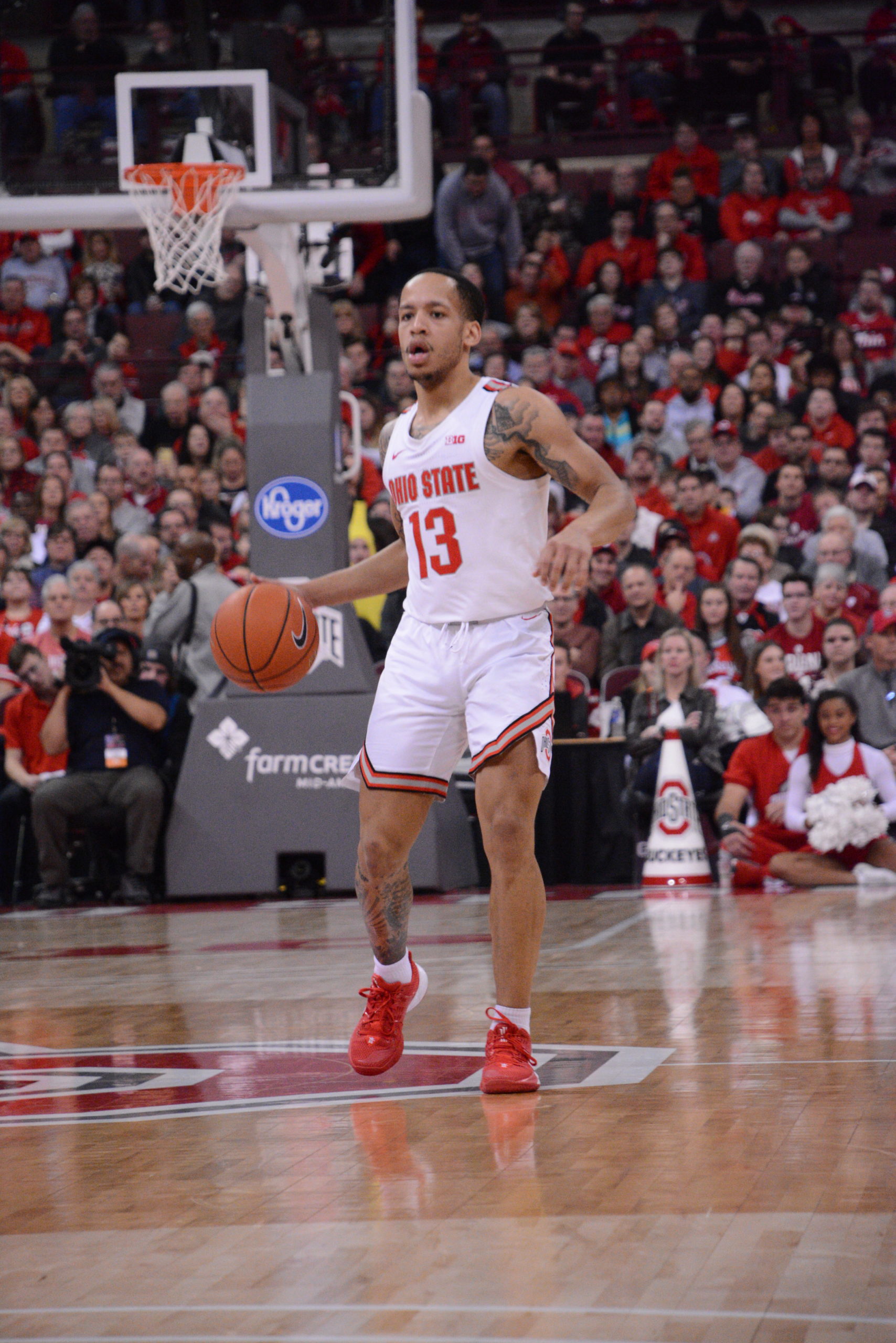 “I didn’t feel like from the jump we were near tough enough or sound enough or engaged enough defensively. That was the biggest issue,” Ohio State head coach Chris Holtmann said. “We missed some shots. We missed some shots around the basket and that led to some frustration, but it was more on the defensive end, for sure.”

Freshman forward E.J. Liddell excelled off the Buckeye bench with career highs of 17 points and eight rebounds, along with two blocks across 26 minutes, but it was not enough to overcome a dominant performance by the Garza-led Hawkeyes.

“He was physical in his post ups and he was good getting in and out of their zone,” Holtmann said of Liddell. “Various times he was aggressive; there were a couple times he could have been more aggressive. It was a really good effort from him in terms of offensively; he came in and gave us a great lift.”

Garza finished with 24 points, six rebounds and a career-high four assists on 9-of-15 shooting, including 7 of 8 on two-pointers.

“He’s a hard matchup,” Holtmann said of Garza. “He’s got the ability to really score it and obviously, play inside and out. Their ability to shoot it tonight created some opportunities for him and some space for him.”

Both teams had four players with double-digit scoring outputs, and junior guard C.J. Walker gave his a tremendous effort in defeat with 11 points and seven assists to one turnover. Walker, who also added two steals, gave his all from the opening possession, where he chased down a lose ball and deflected it to force a shot-clock violation.

Despite a 0-for-7 start, sophomore guard Duane Washington hit his next four shots and finished with 15 points and no turnovers.

Junior big man Kaleb Wesson and senior wing Andre Wesson both fouled out late in the second half, finishing with 10 points and seven rebounds, and nine points and five assists, respectively.

The Hawkeyes, who improved to 13-1 at home, opened the game with back-to-back three-pointers from unlikely sources in third-year sophomore guard Connor McCaffery  (31 percent) and freshman guard Joe Toussaint (27 percent).

Walker drilled a triple of his own from sophomore guard Luther Muhammad to make it 6-3, but Iowa fired off a 12-0 run, spanning 3:46 and giving the Hawkeyes an 18-3 advantage.

“They kind of jumped us from the start, so give their staff and players credit,” Holtmann said. “That was really the difference – the first five minutes. We couldn’t climb back and cut it to two possessions, close a couple times but just couldn’t get it done.”

Liddell ended the Black and Gold run with an old-fashioned three-point play coming off an offensive rebound. The freshman forward from Bellville, Ill., helped bring the Buckeyes back into the game with 11 first-half points on 5-of-7 shooting.

The Buckeyes clawed themselves back to cut the deficit to 43-35 with 41 seconds until intermission behind the play of Liddell, and junior forward Kyle Young, who grabbed four offensive boards in the first frame. Hawkeye sophomore guard Joe Wieskamp connected on a three-pointer with 17 seconds until the break, sending Iowa into the locker room up 46-35.

After committing six turnovers in the first half, Ohio State, who fell to 7-8 in the Big Ten, gave away eight possessions in the second half.

“They’re good here,” Holtmann said of Iowa at home. “They haven’t lost since November. But we gave them life early, and they kind of rode that all the way.”