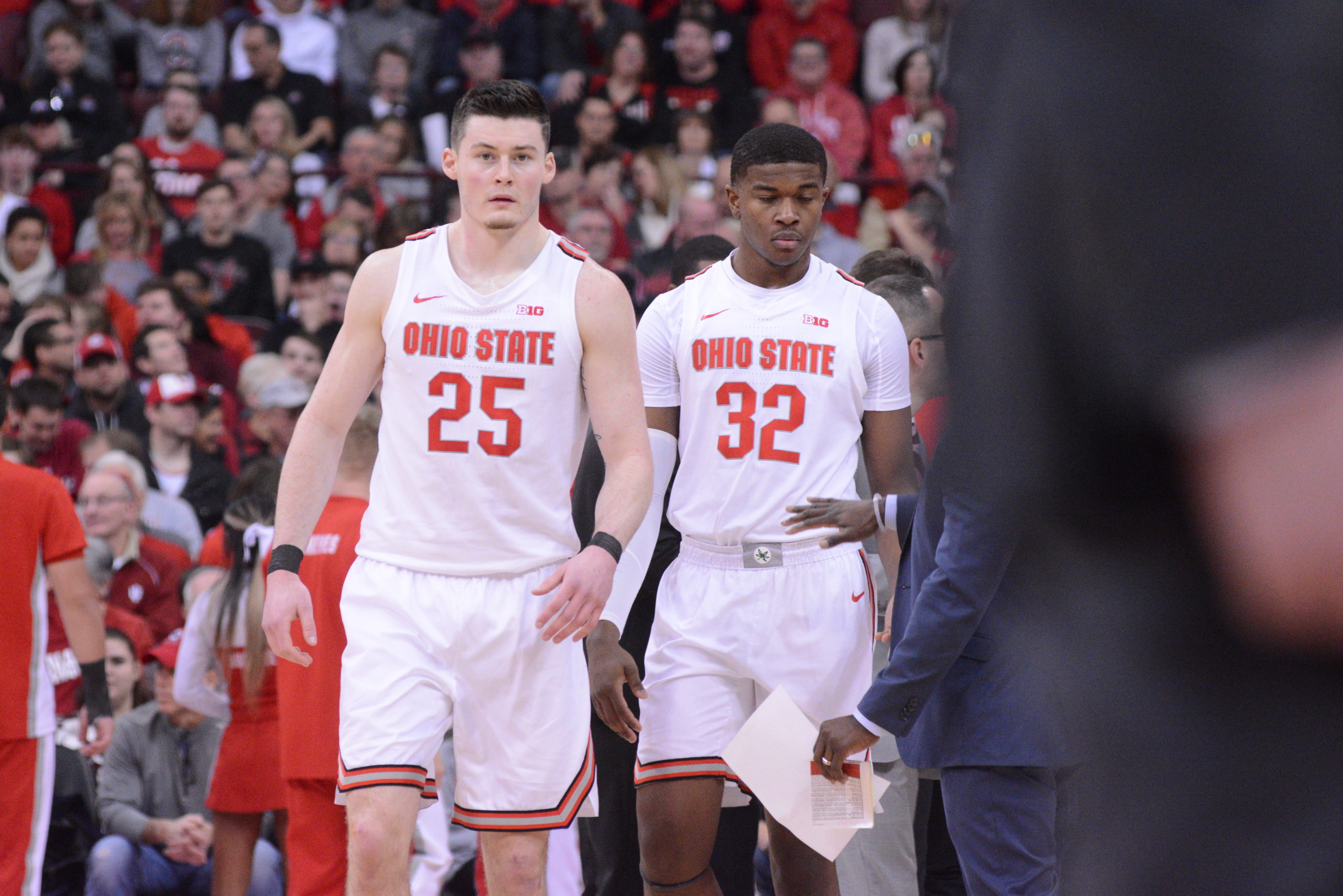 The No. 23 Ohio State men’s basketball team overcame a 16-point deficit in the second half to defeat No. 11 Rutgers at Value City Arena on Dec. 23.

“A heck of a win,” Ohio State head coach Chris Holtmann said. “We had to be really resilient, we put ourselves in some difficult binds, but give Rutgers credit for that. They really made shots; they did not feel us. Players win games, and our guys responded.”

“I didn’t know that stat until you just told us, a 42-15 run, that’s good basketball, and that’s what we pride ourselves on,” Washington said. “During the second half, we had a way to come out down 10 and stick to it. Play Buckeye basketball and just keep grinding. Grinding grinding, grinding – that’s how Big Ten games work.”

After the Scarlet Knights started red hot at 53.8 percent (7 of 13) from beyond the arc in the first half, the Buckeyes held them to just 25 percent (3 of 12) on threes in the second half.

Ohio State’s efforts on the glass and improved efficiency also led to the monumental comeback. The Buckeyes out-rebounded the visitors 45-25 on the game, including 26-8 in the second half. They also nearly doubled Rutgers’ points in the paint with 38 to 20.

“Both teams like to get into the paint a lot,” Liddell said. “And we felt like whoever scored more paint points, whoever got more offensive rebounds, and rebounds in general, was going to win the game.”

“We just stuck with it, did everything right, played hard on the defensive end, rebounded the ball, and fortunately some shots went in in the second half,” Washington said. “We shot them confidently. We got to the post, did a great job feeding the post and playing in the post.”

“That was just another opportunity to go into the paint and dominate the paint for all of us,” Liddell said of Johnson fouling out. “And also on the offensive rebounds – I don’t know how many offensive rebounds Kyle had, but he was a big factor in that, and also Musa too.”

After Jallow split the pair of foul shots, he grabbed another offensive rebound on the ensuing possession and slammed the ball home for an and-one putback dunk to cut the Rutgers lead to 59-55 with 8:04 left.

The Scarlet Knights hit a pair of foul shots to push its lead back to six, but the Buckeyes roared to a 69-61 lead with 3:06 to play on a 14-0 run with six points from Liddell and four from both Washington and Young.

After the Buckeyes took an eight-point lead with just over three minutes on the clock, they knocked down 9 of 12 free throws and added an authoritative Jallow dunk during an 11-7 game-ending stretch.

Earlier in the half, an alley-oop dunk by Liddell from Washington Jr. was sandwiched between a pair of Scarlet Knight buckets, and the Buckeyes trailed 59-51 with 9:14 remaining.

After Rutgers pushed its lead to 55-43 at 12:20, Ohio State scored six straight with four from Liddell and two from graduate forward Seth Towns following an offensive rebound in the next 1:54.

“What he did today is just keep balls alive, he competed on both ends,” Holtmann said of Towns. “He did a tremendous job.”

Washington Jr. heated up from deep for the Buckeyes, hitting three triples as part of an 11-5 stretch for Ohio State to cut the visitors’ lead to 53-43 with 12:43 left. The other Buckeye bucket was the first of Towns’ career in scarlet and gray, coming off an offensive rebound.

“Duane’s big threes gave us some real momentum, cut the lead to where it was manageable,” Holtmann said of Washington Jr. “And then at that point, I thought we were much better defensively.”

Rutgers responded to the Buckeyes’ strong start to the second half with a 10-0 spurt on eight points from junior guard Ron Harper Jr. and two from senior guard Jacob Young to push its lead to 48-32 with 15:38 to play.

After trailing 38-28 at halftime, Ohio State came out of the intermission with incredible energy, blocking two shots and grabbing two offensive rebounds in the first 2:32 while outscoring the Scarlet Knights 4-0 to cut the deficit to six points.