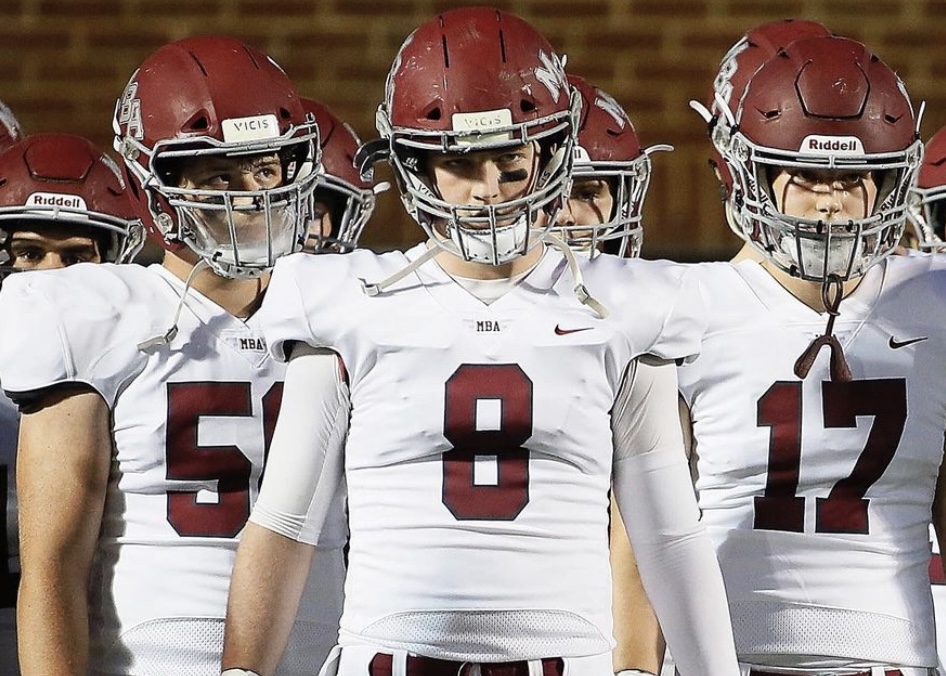 Nashville Montgomery Bell Academy tight end Zak Herbstreit, the son of former Ohio State quarterback and ESPN commentator Kirk Herbstreit and grandson of former running back and defensive back Jim Herbstreit, announced on Wednesday he has accepted a preferred walk-on offer from the Buckeyes.

The 6-2, 217-pound Herbstreit is not ranked by any recruiting services for class of 2021, as he caught just nine passes for 157 yards and two touchdowns to help the Big Red to the state semifinals this fall. He did hold scholarship offers from Dayton, Tennessee-Martin and Tennessee Tech, however.

Herbstreit’s older brothers, twins Jake and Tye, are in their second seasons as walk-ons at Clemson, where the former is a safety and the latter is a wide receiver. Neither was offered the same opportunity by then-Ohio State head coach Urban Meyer, who reportedly expressed regret for that decision thereafter.

“When it came time to go to school, they just happened to go to a Clemson camp going into their senior year and did pretty well. (Tigers head coach) Dabo (Swinney) kind of kept an eye on them and stayed in touch with them and offered them an opportunity to be preferred walk-ons,” Kirk told The State. “They decided to take him up on it. It was really as simple as that.

“Urban felt awful on the back end of that. He apologized quite a bit. I would love to have seen them go to Ohio State, but I’m not going to tell them, ‘You have to go to Ohio State’ when Urban Meyer hasn’t offered you a preferred walk-on. It wasn’t really an option.”