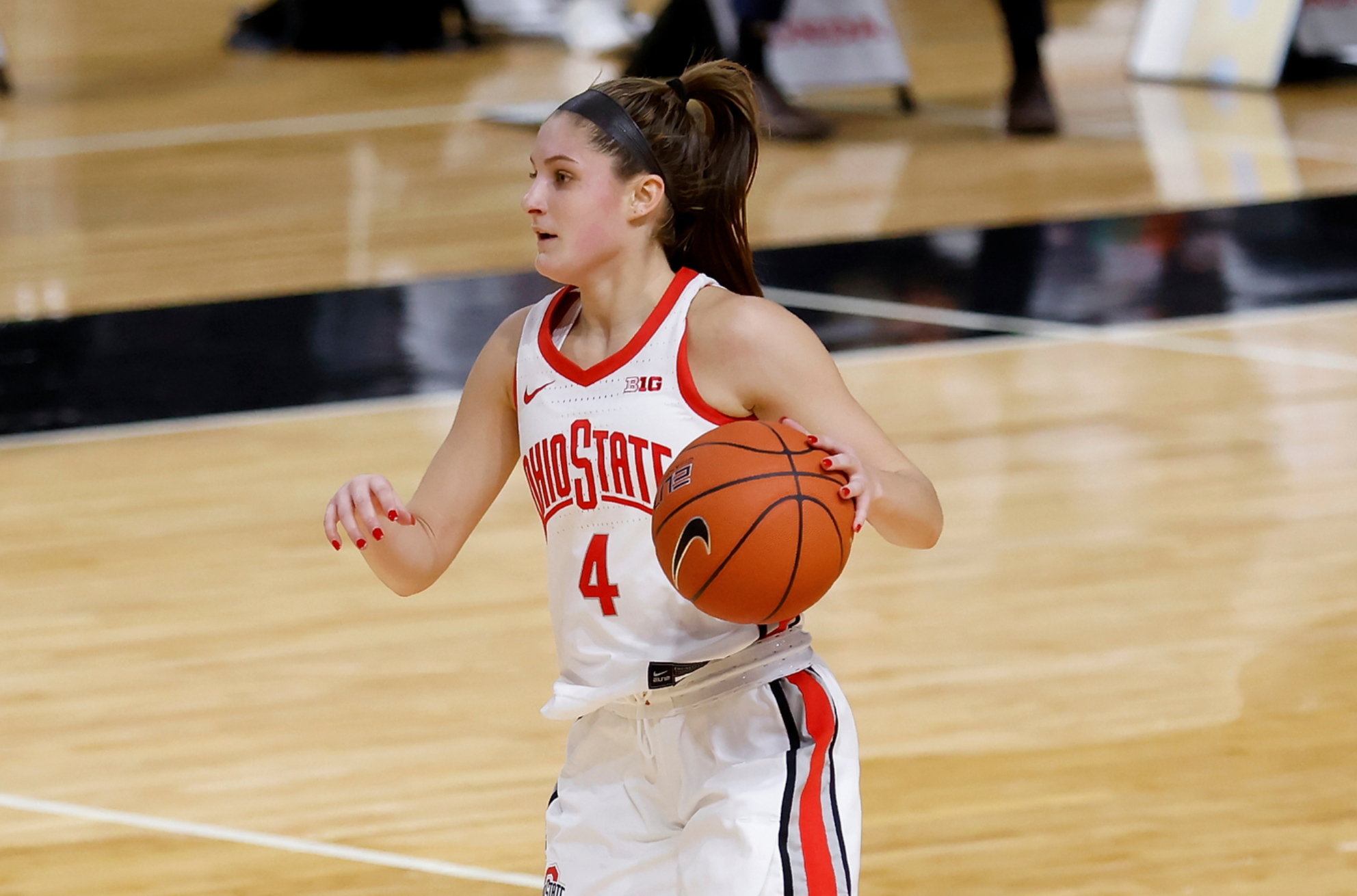 In the final game of Ohio State’s season with postseason play out of the mix, the Buckeyes could not get past Rutgers’ suffocating defense, falling short on the road against the Scarlet Knights 71-63 for their fourth straight loss.

The defeat drops Ohio State to 13-7 overall and 9-7 in the Big Ten, while Rutgers heads into the Big Ten tournament at 14-3 and 10-3 in the conference.

“I thought we competed and we played hard, we just didn’t execute quite well enough on either end of the floor,” head coach Kevin McGuff said. “We missed some shots around the basket, we could have made a few more free throws, but we had great opportunities.”

Ohio State was led by senior guard Braxtin Miller and sophomore guard Jacy Sheldon, who had 19 and 15 points, respectively. Sheldon was also impressive defensively, picking up three steals in the losing effort, while Miller added eight rebounds and four assists.

The last time Ohio State and Rutgers faced off back on Feb. 22, 2020, the Buckeyes lost 59-57 on a game-winning shot by Arella Guirantes with four seconds to go. The basket were her 35th and 36th points of the game.

This time around, Guirantes again played a big factor, finishing with 20 points, 10 rebounds and four assists on 7-of-19 shooting. McGuff was still impressed with the defensive performance that Miller had trying to stop Rutgers’ star guard.

“We wanted to play a mixture of man and zone, and I thought the zone was good early. Then they started making some shots and we weren’t necessarily taking away what we wanted to take away,” McGuff said. “When we went all man I thought that Braxtin did a really good job on Arella. She’s a great player, but (Miller) really competed hard to make her earn everything that she got.”

The two teams battled through a stalemate third quarter, with both teams scoring 16 points and Rutgers holding a 53-42 lead going into the fourth. There, the Buckeyes cut the lead to single digits three separate times in the first three minutes. But the Scarlet Knights countered each time, eventually going on a 7-0 run in the middle of the frame to go up 64-49 with 4:54 to play.

Again, Ohio State fought back, scoring six straight points to make it a nine-point game. This time, it was a pair of layups by forward Tyia Singleton brought Rutgers’ advantage back to 13 with 2:20 to go, and it was too much for the Buckeyes to overcome.

Earlier on, Ohio State went into halftime trailing 37-26 after shooting just 8 of 30 (26.7 percent) from the field. A 13-2 Scarlet Knights run to end the first quarter pushed the lead to double digits, and Rutgers never led by less than seven points throughout the entirety of the second quarter.

Rutgers went on a 7-0 run late in the first half to take a 37-22 lead, the largest of the game to that point, but a pair of free throws and layup by Sheldon cut Ohio State’s deficit to 11 heading into the break.

In that first half, the Scarlet Knights shot 15 of 31 (48.4 percent) from the field, and were led by Singleton, who led all players with 10 points and seven rebounds through the opening 20 minutes. Singleton finished with a double-double on a career-high 18 points, as well as 13 rebounds. She also finished with six blocks.

Sophomore guard Madison Greene, despite initially being expected to play, was listed as out against Rutgers less than an hour before tipoff. Ohio State won just one of the five games Greene was not in the lineup for to end the season.

“Coming off the unavailable list, it was really close,” McGuff said. “I think she was very close to being able to play, but just not quite ready yet. So I think it was the right move though to keep her out to make sure we didn’t rush her back here at the end.”