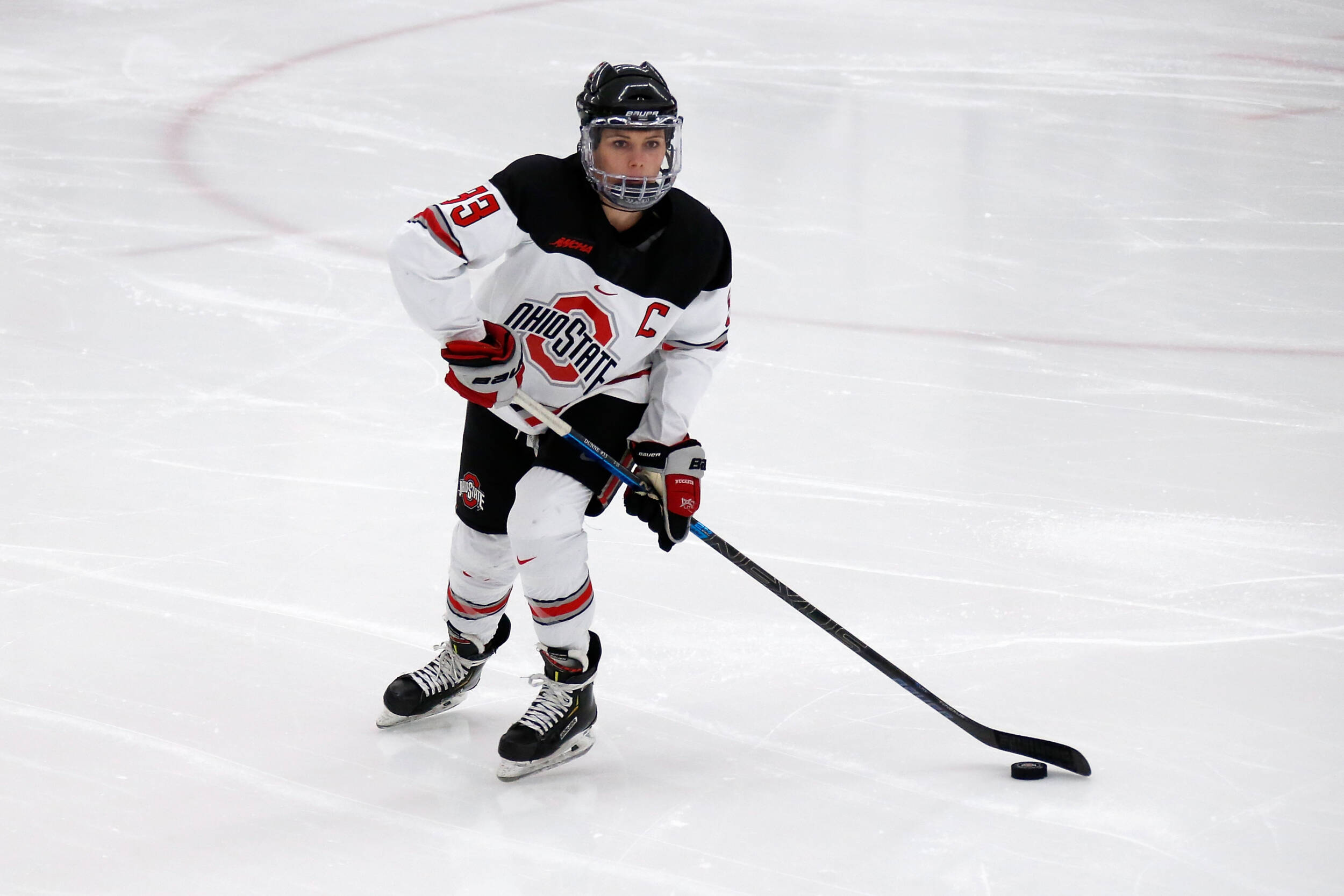 A pair of fifth-year seniors in Jincy Dunne and Kollin Moore were the two student-athletes who represented Ohio State for the 2020 Big Ten Medal of Honor recipients. Dunne, who was a defenseman for the women’s hockey team, and Moore, who wrestled at 197 pounds, “attained the greatest proficiency in athletics and scholastic work’ as required to obtain this prestigious laurel,” according to the Ohio State press release.

Dunne is the first women’s ice hockey player in Ohio State history to earn the Big Ten Medal of Honor, while Moore is Ohio State’s sixth wrestler to get what is labeled as the conference’s “most exclusive award.”

In her final season with Ohio State, Dunne solidified herself as one of the best defenseman in the history of the program, finishing as a three-time ACHA All-American, three-time First-Team All-WCHA member and a two-time recipient of the best defenseman in the conference. Her 99 points ranks third in program history among defensemen, and she adds, academically, a résumé that includes becoming a WCHA Scholar Athlete, Academic All-Big Ten honoree and an Ohio State Scholar Athlete.

Moore, who was a runner-up for the Dan Hodge Trophy which goes to the nation’s top wrestler, held the No. 1 spot in the 197-pound rankings for the entire 2019-20 season, and was headed to the NCAA Championships as the top seed and with a 27-0 record before they were canceled. Moore also has a bachelor’s degree in business operations management, and is close to completing another degree, this time a master’s degree in kinesiology. He has also earned Academic All-Big Ten and Ohio State Scholar-Athlete honors.

Ohio State had nine finalists overall for the Big Ten Medal of Honor award, which is given to 28 students annually based on a combination of academic and athletic excellence.

The award was first given in 1915 to one student, and has been since been rewarded to nearly 1,400 student athletes. The nominees from Ohio State are: Olivia Aepli (gymnastics), Jacob Buchanan (rifle), Gabriella Cecchini (fencing), Robbie Delagrange (pistol), Reese Devilbliss (men’s volleyball), Anjali Fernandes (rowing) and Domenik Koch (fencing), along with Dunne and Moore.

Starting alphabetically, Aepli on the gymnastics team is one of four female nominees for Ohio State, and brings a pair of All-Big Ten Championship Team and Second-Team All-Big Ten honors with her to the table. She is also a four-time scholar athlete and three-time Academic All-Big Ten honoree.

Buchanan is the first of the five male nominees, and was an All-American on the rifle team in both air rifle and smallbore. Academically, he has earned CRCA Scholastic All-America, Academic All-Big Ten and Ohio State Scholar-Athlete recognition.

Cecchini is one of two members of the fencing team to be a Big Ten Medal of Honor finalist, and the Porto Alegre, Brazil has become a three-time All-American and two-time top 10 finisher at the NCAA Championships in her time with the Buckeyes. She has also been a Big Ten Distinguished Scholar, a member of the Academic All-Big Ten list and a scholar athlete.

On the pistol team, Delagrange was a second-team All-American member and was a Big Ten Distinguished Scholar, while also showing up on the Academic All-Big Ten and scholar athlete lists on multiple occasions. Aside from all of that, Delagrange has also participated in a service trip to Costa Rica.

Devilbliss is coming off of an All-MIVA First Team season where he added to his career totals, which now stand at 519 points from 430 kills, 78 blocks and 46 service aces. He has also been an Academic All-Big Ten and MIVA Academic All-Conference member for each of his seasons with the Buckeyes.

Fernandes’ rowing career has been strong enough to earn a place on the CRCA Pocock Second Team All-America recognition, and her academics have only strengthened her reasoning for being a finalist for the Big Ten Medal of Honor. She is a four-time Ohio State Scholar Athlete, a two-time Academic All-Big Ten honoree and a 2019 Big Ten Distinguished Scholar.

The second fencer in the finalists for Ohio State, Koch has been a four-time All-American, two of which were as members of the first team, and has been a part of the men’s fencing team that has won three overall championships, along with another title in 2020 when it was not recognized.