NIL Beginning To Shape Up For Women’s Basketball 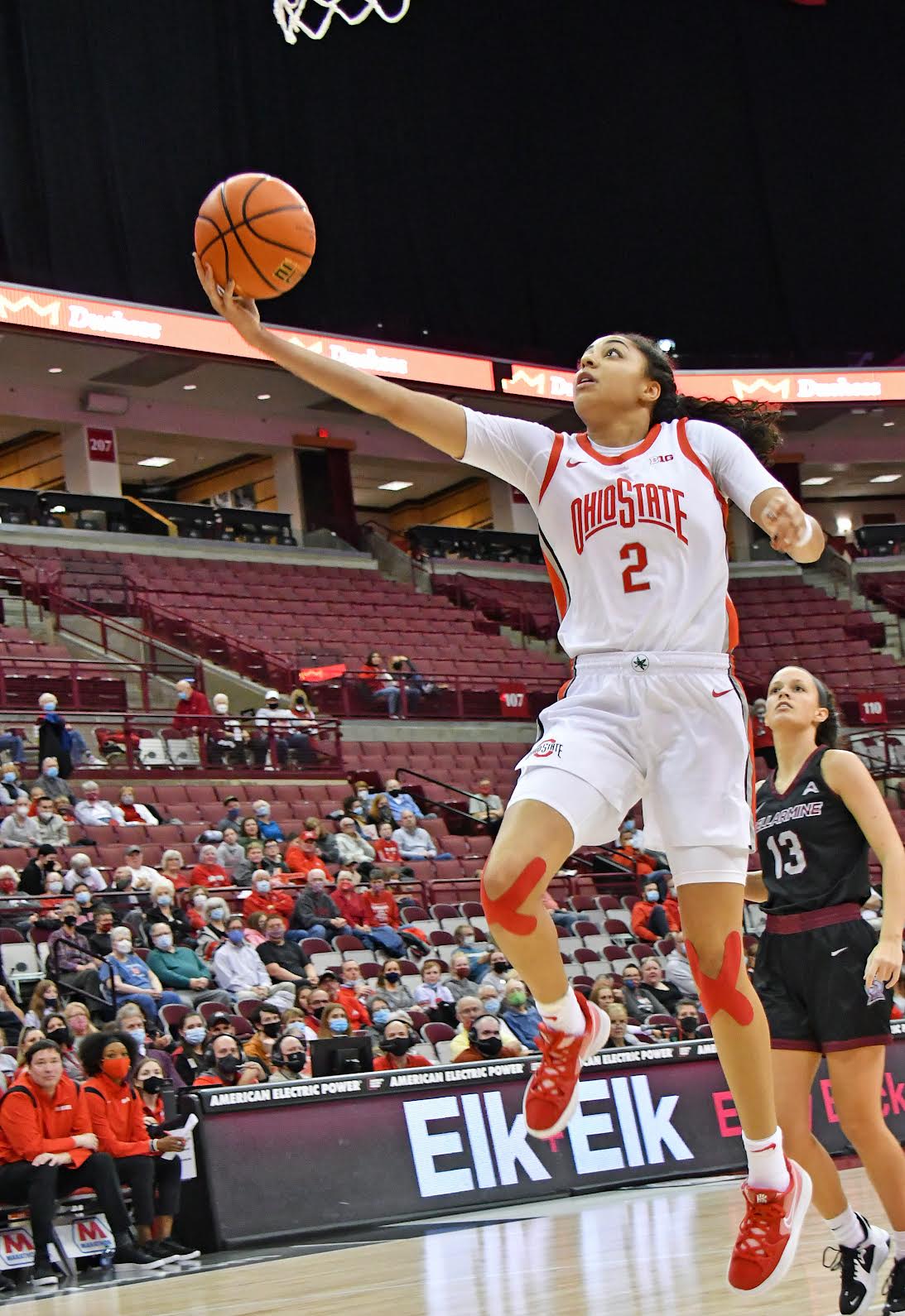 The conversation around NIL has mostly been focused on the top-earners on the football team pulling in five and six (and seven, in Quinn Ewers’ case) figure deals. While it is true that most of the money and participation is happening at the top of the pyramid, there’s still plenty of action taking place within other programs at Ohio State.

One of those is the women’s basketball team, where multiple student-athletes are involved with NIL deals and starting to branch out as the new world of college athletics takes shape. Sophomore forward Gabby Hutcherson has already participated in several NIL activities, including a deal with the local car dealership Ricart Automotive in which she appeared in a video on social media with sophomore guard Kateri Poole.

“We did a few funny, goofy skits,” Hutcherson told BSB. “Then I went to a really cool jersey unveiling with the Columbus Crew last week which was fun. I was super excited to be there and it was super thoughtful of them to think of us. I have a really good team that I’ve been working with to help me get out there and it’s been fun thus far.”

Since the opportunity for student-athletes to capitalize on their name, image and likeness went into effect last year, Hutcherson said she immediately went to work.

She also cited her outgoing personality as an advantage in securing some of these deals, of which she said she has both reached out to businesses and had businesses reach out to her.

“With some of my social media platforms blowing up it gave me a lot more people coming out and trying to reach out to me and the people that I’ve been working with,” she said. “It’s been an exciting process.”

While the process has been fruitful for Hutcherson, it hasn’t come as easy for many female student-athletes who are still finding their way in this new era for college athletics.

“I think that it’s hard because we don’t see a lot of women athletes or female athletes getting as many deals as probably we’d like to see,” she said. “I think it puts a damper on everybody else, they just don’t think they’re going to get anything. Nobody just wants to do things for a few bucks here and there. They want to be serious about all this stuff. That’s kind of like what I’ve been talking about with them is, ‘Don’t just do anything for a few dollars here and there. Understand your worth and what you can give to people.’

“It’s been hard because you have your select few across the country that are getting their bigger deals,” she continued. “After seeing what we can do, especially with me and a few other girls on the team, what we’ve been doing, I think it’s kind of pushing them to get more and more out there.”

According to a presentation to The Ohio State University Board of Trustees from the Legal, Risk and Compliance Committee on Feb. 10 outlining NIL deals made by Ohio State student-athletes, the women’s basketball team accounts for just 1.3 percent of the over 600 reported NIL activities at Ohio State.

Hutcherson said she is advocating for her teammates as they try to secure deals of their own, and that the women’s program and athletic department as a whole have helped assist student-athletes with information about NIL.

“The athletic department as a whole has done a good job of keeping us informed of what we need to do,” she said. “This is like serious stuff, like how to deal with your taxes at the end of the year and having to make sure you’re being compliant with everything and all the rules.”

Ohio State head coach Kevin McGuff said the main role he and his staff regarding NIL is education, and that it’s been a great opportunity for student-athletes.

“I think it’s awesome,” he said. “I love it for our kids being in Columbus that this is a community that supports women’s athletics. Our kids are starting to get some deals that are going to be beneficial to them and I think it will only continue to grow.”

While numbers are low right now for the women’s team, McGuff said he expects them to rise as student-athletes become more familiar with the process.

“They’re out there trying to get them,” he said. “Like I said, a few of them work with different NIL managers that are helpful in this process. I think it’s just scratching the surface and I think it’s going to continue to grow around here.”