NFL Recap: How Did The Buckeyes Do Around The League In Week Three? 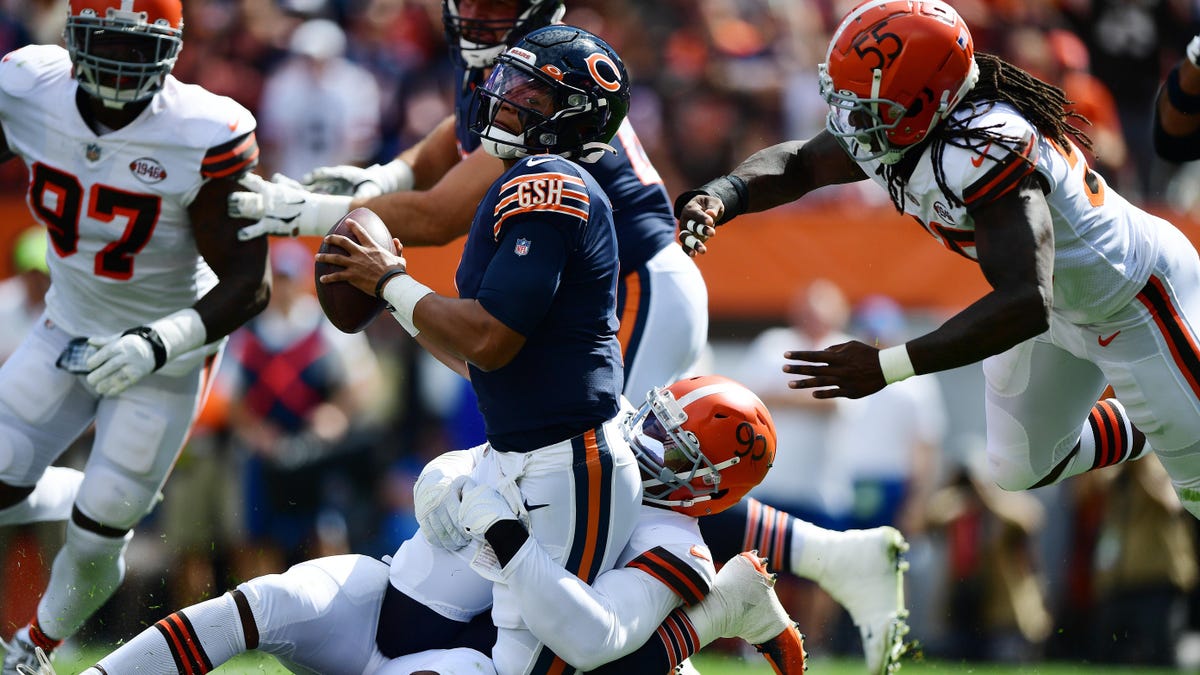 Well, Justin Fields NFL Debut was a debut. The rookie quarterback completed 6-of-20 passes for 68 yards and added 20 yards on three carries.

The Browns made Fields’ life hard in his first-career start. Cleveland sacked him eight times — with Myles Garrett leading the way with four-and-a-half sacks — and made Fields familiar with the green grass of First Energy Stadium. When Fields wasn’t running for his life, Denzel Ward and company made it difficult for the signal-caller to find open receivers.

It wasn’t the most glorifying start to the season, but it won’t be the end of Justin Fields in a Bears uniform. He will improve and get better, but we will see how quickly that improvement can happen.

The Saints defeated the Patriots 28-13 on Sunday behind a strong performance from two former Ohio State defensive backs.

Marshon Lattimore sealed the win for the Saints, intercepting Jones with 11 seconds left in the contest. He collected 10 tackles in the contest and excelled in coverage, sparsely separating from New England’s receivers.

Cincinnati has a consistent contributor in its defensive end, Sam Hubbard. The former Ohio State lineman recorded six tackles, one tackle for loss and two quarterback hurries. He also was one of four Bengals to register a sack and take Ben Rothlisberger to the ground.

Vonn Bell and Eli Apple played in the Cincinnati secondary. Bell had four tackles and a pass breakup, while Apple had seven tackles and a deflection. Isaiah Prince also started on the offensive line.

For the Steelers, defensive end Cameron Heyward had five tackles, including one tackle for loss.

The Dallas Cowboys made many Ohio State fans happy on Monday night. Ezekiel Elliott returned to his former glory against the Eagles, rushing for 95 yards and two touchdowns on 17 carries in a 41-21 win in primetime. Zeke also caught three passes on three targets that totaled 21 yards, placing him over 100 all-purpose yards for the first time in 2021.

It feels wrong to have waited this long to mention the fantastic season Jerome Baker is putting together in Miami. After agreeing to a three-year extension in the offseason, the former Ohio State linebacker has 23 tackles through three games for the Dolphins, including eight tackles against the Raiders on Sunday.

Last week, Baker recorded three tackles against the Bills and 12 tackles in the Dolphins season-opening game with the Patriots.

The Raiders defeated the Dolphins, 31-28, in overtime on Sunday afternoon.