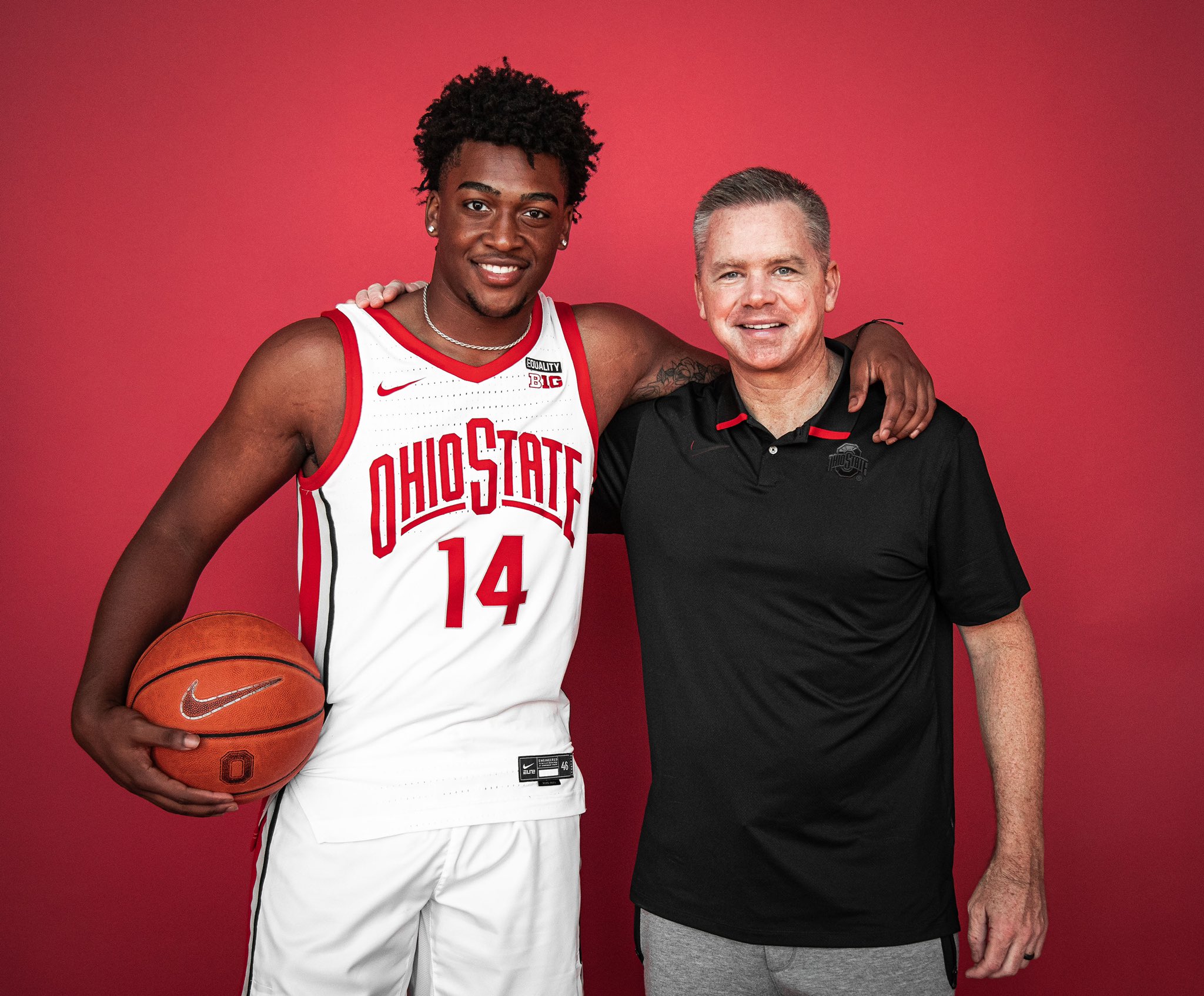 Chris Holtmann has the final piece that he was looking for in Ohio State’s top 10 2022 recruiting class. The Buckeyes were the pick for Orlando (Fla.) Lake Highland Prep four-star forward Brice Sensabaugh on Sept. 28, just over a month after he received an offer from Ohio State and 10 days after an official visit to Columbus.

For Holtmann’s Buckeyes, Sensabaugh serves as both a critical win on the trail and a major rebounding effort after missing out on Monteverde (Fla.) Academy five-star winger Dillon Mitchell, who was considered an Ohio State lean over the summer but announced a top three devoid of the Buckeyes on Sept. 27, opting instead to focus on Florida State, Tennessee and Texas.

Sensabaugh isn’t as highly rated as Mitchell, checking in at No. 75 in the nation and as the No. 21 small forward (Mitchell is No. 28 nationally and the No. 8 winger) but has found himself shooting up the rankings recently, from No. 163 as recently as mid-August, thanks to some impressive summer camp performances that drew offers from quite a few top programs alongside the Buckeyes, including Alabama, Illinois, Oklahoma and Virginia.

Ultimately, Sensabaugh picked OSU over the Crimson Tide, Florida and Georgia Tech, taking official visits to Tuscaloosa and Atlanta in the last month but using his final trip to visit Columbus, where he also happens to have a number of family members. That visit sealed the deal for the Buckeyes.

“I hung out with Eugene Brown, E.J. Liddell, Malaki Branham and Meechie Johnson the most. It was a great time and it felt super natural. In terms of what they have to offer, they mentioned to me a bunch how they have a bunch of guys graduating and leaving, especially at my position. That could create some opportunity there for me.”

Sensabaugh is graded as a small forward by 247Sports, but at 6-6, 240 pounds, he could develop into a small-ball power forward for the Buckeyes, as Jae’Sean Tate and E.J. Liddell have in recent seasons.