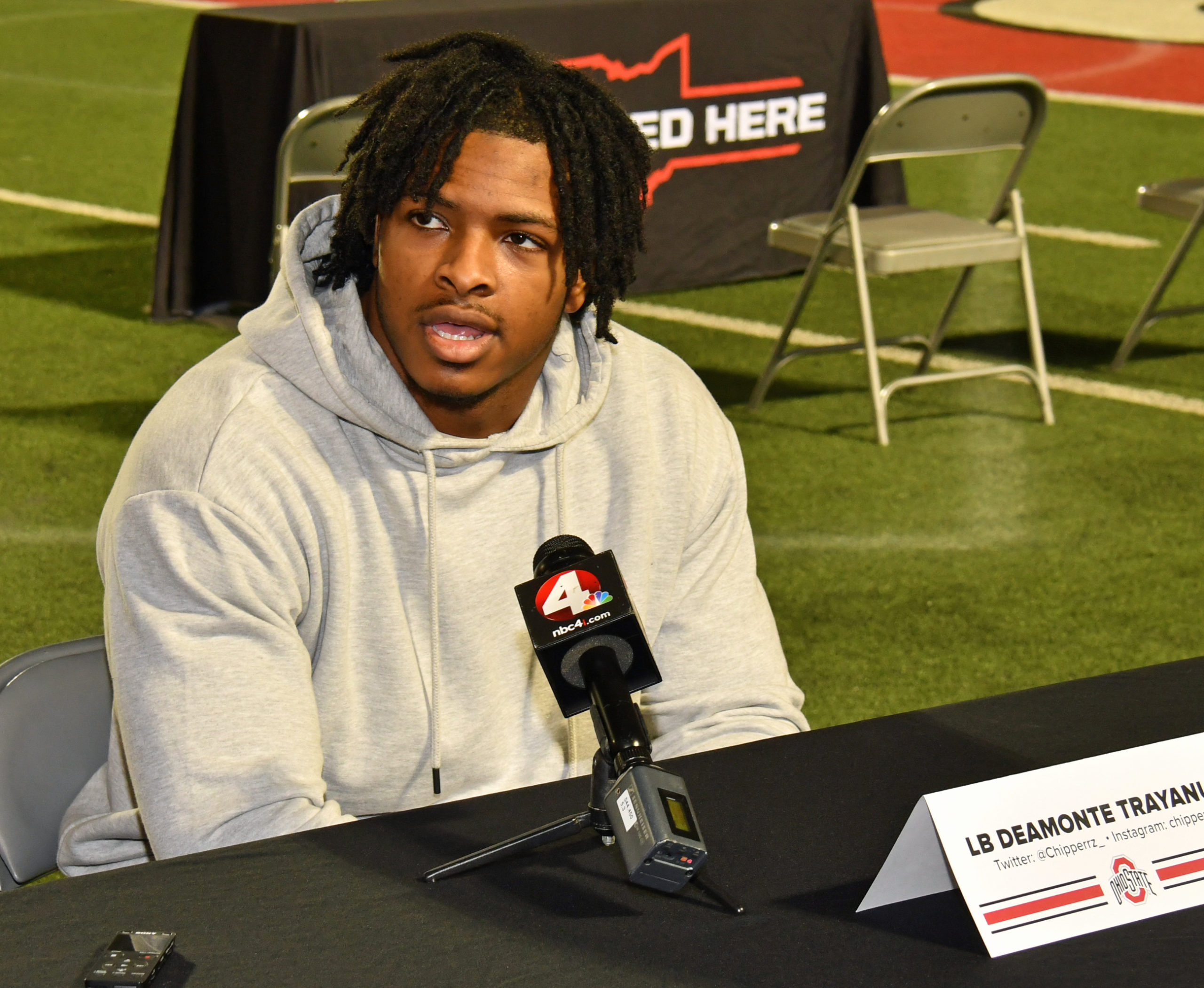 One of those is cornerback Tanner McCalister, who followed defensive coordinator Jim Knowles from Oklahoma State. He only arrived on campus earlier this year, but he’s already making a big impact on his coaches, new and old.

“What Tanner has done is that he understands the defense almost like a coach out there, like the old player-coaches out on the field,” Ohio State head coach Ryan Day said. “He’s been able to help guys with that. His experience really shows up on the field because he can recognize how teams are trying to attack him and he feels comfortable in this style of defense, has years of experience in it.”

While McCalister is jockeying for a starting spot on the defense, he’s also taking on a teaching role among the players. Nobody understands Knowles’ scheme better than McCalister, who played for four seasons under his coordinator.

“Tanner, I’m really proud of him,” Knowles said earlier this spring. “He came in here, didn’t say a word and Mickey Marotti gave him a high honor at a champion’s banquet. For a guy to come in and get that honor, I’m proud of him and proud to be a part of his life. He’s that guy who can talk to the players about scheme and about me.

“Day one, if I go from being calm to running around and screaming, he can say, ‘Hey, that’s just Knowles. Chill out, he’s fine, that’s just the way he is. Don’t take it personally, he just wants you to get better.’ To have a guy their own age who knows me as a person, he’s going to be able to tell the guys about me not just as a teacher with the scheme, but about me and how I operate and who I am.”

The other transfer into the program was running back-turned-linebacker Chip Trayanum, who arrived at Ohio State via Arizona State, where he spent two seasons.

Trayanum is looking to be the second linebacker on the roster to make the transition from running back along with Steele Chambers, who did so last season and took to the role. Knowles said he appreciates what someone who played on both sides of the ball can bring to a defense.

“I think Chip has great potential,” Knowles said. “I don’t view him any differently than a guy who has I’ve seen nothing but good things out of Chip (Trayanum). I like that conversion of running back to linebacker, I like recruiting a kid from high school who was a star running back and also played defense because they have a feel. A lot of times on defense we talk about the ‘escape hatch.’ Wayne Gretzky said he doesn’t go where the puck is. He goes where the puck is going to be. These guys that are converted running backs, they can get a feel for where the running back is going to end up, so it’s pretty neat. Chip is doing great and so is Steele (Chambers).”

While Ohio State returns the majority of its starters, some of the early enrollees could push for time in the rotation on the defensive line and at linebacker where there is always a need for people. Through the team’s sixth team practice, Knowles said freshmen linebackers C.J. Hicks and Gabe Powers are sticking out.

“C.J. shows a lot of short-space quickness, and his feet are excellent,” he said. “He has an outstanding ability to break on the ball, so I’m seeing from C.J. a lot of the quickness and speed that I expected. And then Gabe, he’s quiet, but I think he’s one of these guys that gets better every day. I mean, he is a serious student of the game. I just see his trajectory in six practices as being completely upward. He’s a guy who just wants to learn, wants to grow and he makes that transition from the classroom to the field.”

With seven spring practices and the Spring Game on April 16 still remaining, there’s plenty of time for the new arrivals to make an impact before breaking for the summer.