Munford Opens Up on Potential Move to Guard 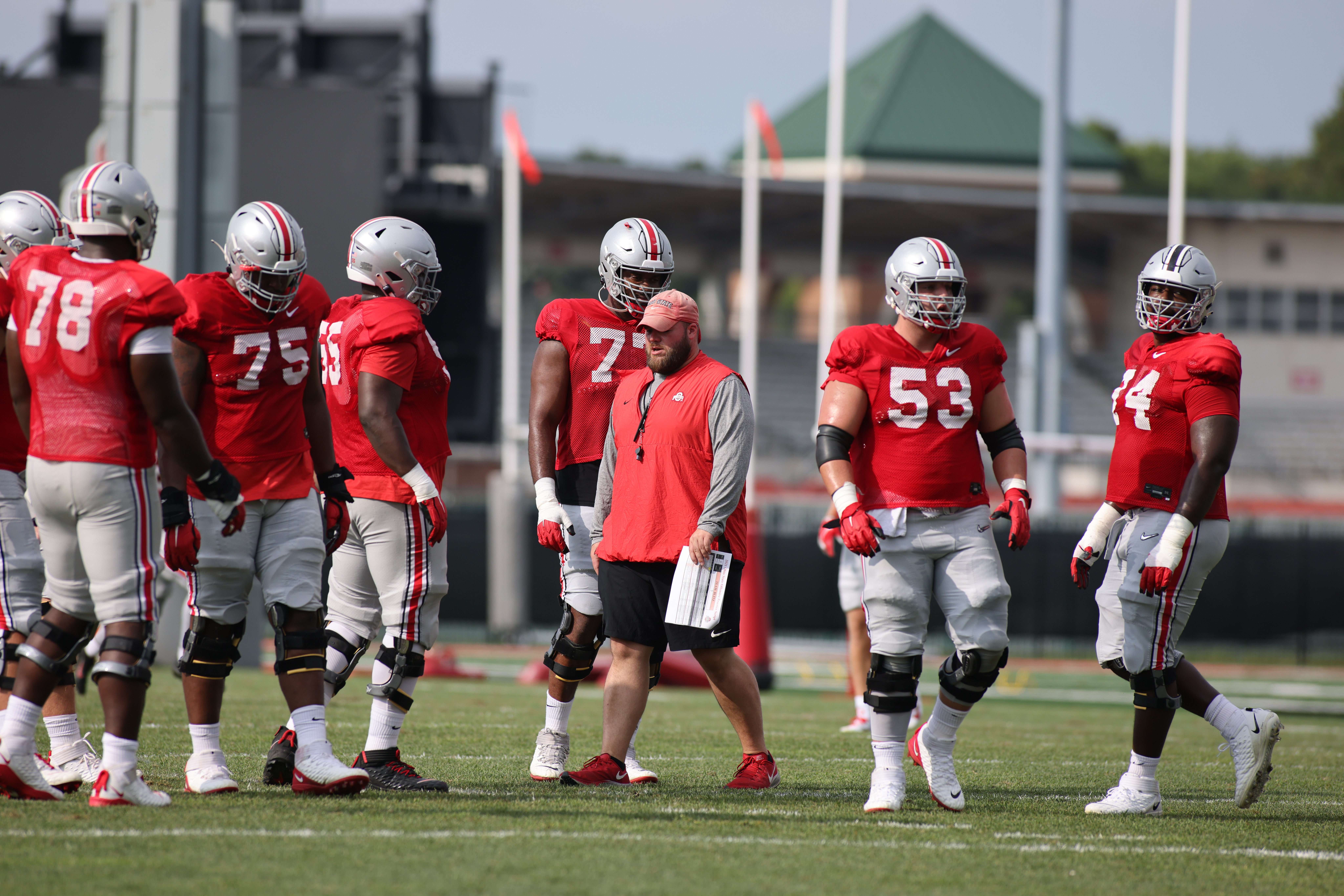 Back in April, Ohio State super-senior offensive lineman Thayer Munford was firm in his belief that he would be the top tackle in the 2022 NFL Draft class.

Three months before that though, Munford planted a seed in the ear of one of his teammates that foreshadowed his surprising move to left guard during Tuesday’s fall practice at the Woody Hayes Athletic Center.

Munford wasn’t widely expected to return for a fifth season after a career-year in 2020, and he knew that coming back to Ohio State would mean a slower development process for younger Buckeyes like sophomore Paris Johnson Jr. and junior Dawand Jones.

Jones in particular was not thrilled to hear from Munford that he’d be holding down a starting slot once again in 2021, but the Cincinnati, Ohio, native did give him a bit of hope and motivation for the year to come.

“I talked to Dawand, I was like, ‘Hey, I might be coming back.’ He kind of felt like, ‘Ah, OK.’ Down in the dumps,” Munford said. “But I did tell him, ‘If you can prove to me during workouts that you’re on top of your stuff and do the right things all the time, I would consider moving to guard.’ If that happens, it happens. If it’s a permanent change, it’s a permanent change.”

Jones appears to have taken that challenge to heart, as offensive line coach Greg Studrawa said Tuesday that a lineup featuring Jones as the Buckeyes’ starting right tackle and Munford at left guard is “absolutely a possibility” for Ohio State as it opens the season.

At 6-foot-8, 370 pounds, Jones is hard to keep off the field with his newfound attention to detail, according to Studrawa. But if he does step into the right tackle slot, it means that Munford and redshirt junior tackle Nicholas Petit-Frere will be displaced this season.

For Petit-Frere, the adjustment is from one tackle position to the other. For Munford, it’s a different position entirely.

However, the idea was Munford’s own, after all.

“He’s the one that said it before anybody said it,” Studrawa said. “‘Look how Dawand’s playing coach, we might be able to [move things around].’ Yeah, you’re right. What a good idea.”

Munford said he isn’t sure if it’s a “likely permanent move,” but if it is, he’ll be just fine with that as well.

“Wherever they put me at, I can play either, or. I can play right side, left side, it really doesn’t matter where they put me at,” Munford said. “If I’m comfortable at it before the first game, I’m cool. It’s really not a big, huge change for me.”

Both Studrawa and Munford agreed that in terms of the latter’s NFL potential, the ability to switch positions seamlessly will only aid his stock.

Studrawa referenced former Buckeyes Billy Price and Pat Elflein, and Munford said he’s been studying tape of former teammates Wyatt Davis and Jonah Jackson. All four are either projected starters or have significant starting experience in the NFL.

Munford still sees himself as a tackle until the coaching staff decides that they need him to play guard. Studrawa said that no lineups will be set in stone until Ohio State has its first scrimmage of fall camp this weekend, and that he’ll get a better idea of where things are at after that.

Despite a potential position change on the horizon though, Munford hasn’t abandoned the objective he stated during the spring. He’s just made some minor amendments to it.

“Best guard or best offensive lineman in the country,” Munford said. “That’s still my goal, too. That hasn’t changed at all.”

“That’s a different situation,” he said.