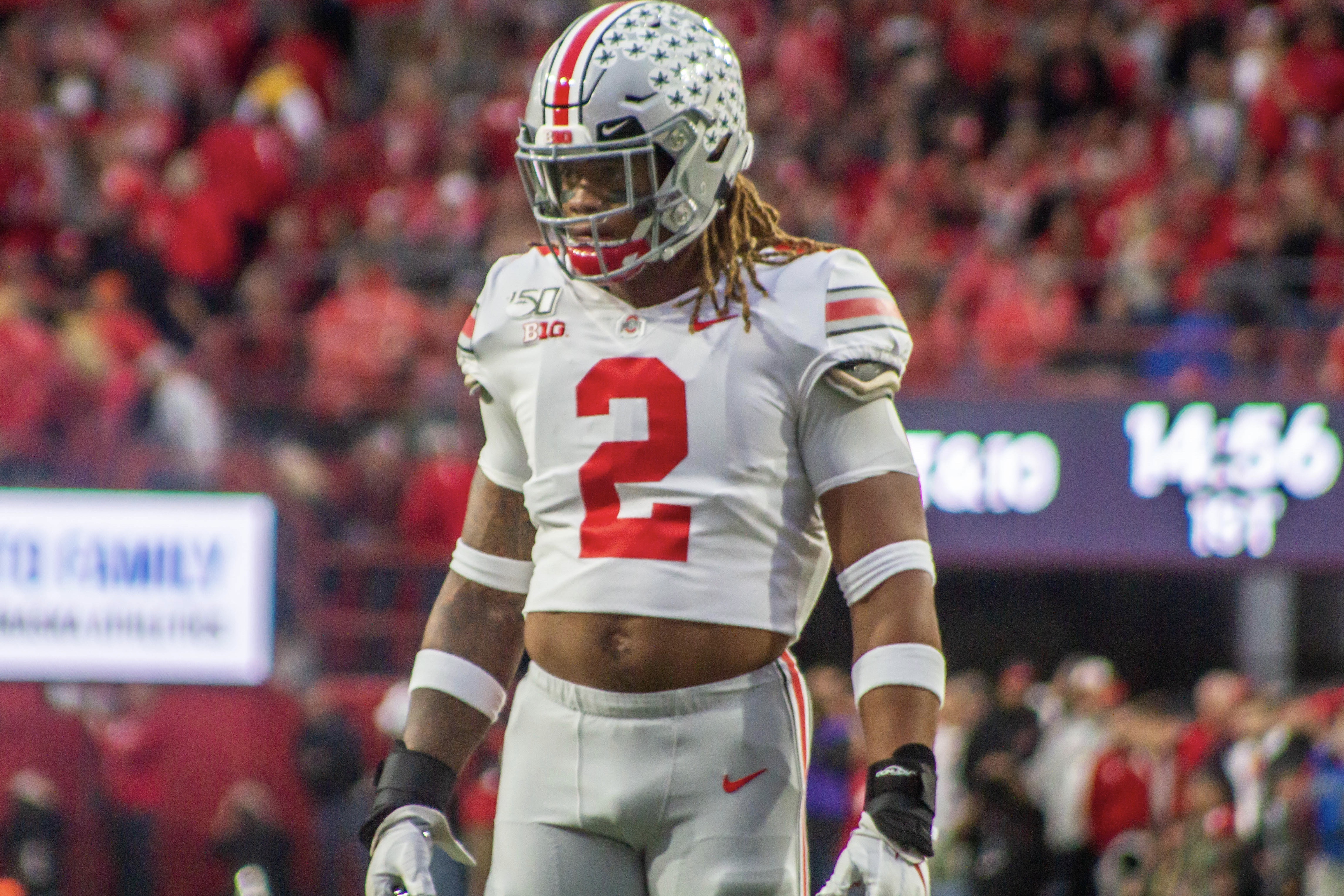 Ohio State has become accustomed to the presence of a dominant force out of the defensive end position over the last two decades or so. Reaching all the way back to Will Smith, Vernon Gholston, Cameron Heyward, Doug Worthington, John Simon, and more recently, the Bosa brothers, elite edge rushing is nothing new to the Buckeyes.

However, despite that list, impressive as it is, Chase Young could be the most dominant, imposing force to ever play defensive end at Ohio State. Through the first six games of his third and almost certainly final season in Columbus, the man nicknamed ‘The Predator’ has terrorized every offense Ohio State has squared off with.

He teed off on Florida Atlantic and Cincinnati to start the season with 1 1/2 sacks in each game, and managed to one-up himself against Indiana and Miami (Ohio), grabbing two in both. Just one against Nebraska and a half sack against Michigan State have slowed him down slightly, but Young’s 8 1/2 sacks through six games is still an almost impossible rate.

So impossible, in fact, that it could land him on the record boards in Columbus. Vernon Gholston currently sits atop the Ohio State single season sack records with 14. If Young is able to rack up just six sacks in his final six games, a pace that seems almost light for him, he would break the record and join Buckeye greats like Gholston, Joey Bosa, Mike Vrabel, Andy Katzemoyer and Matt Finkes atop the single season sacks list.

If he can keep up his first half pace and finish with 17 sacks on the season, Young would (likely, given that he’s a surefire first round draft pick) end his Buckeye career with 30 sacks, second all-time in school history behind only Vrabel. He only needs 6 1/2 to jump into that number two spot over Jason Simmons.

While the stats are certainly eye-popping, they honestly don’t do a full justice to just how good Young is. On a team with plenty of star power, Young shines the brightest, and is the most influential player on the field every single time Ohio State’s defense trots out. His ability to crash the pocket completely changes the way that Ohio State plays defense.

That allows the Buckeyes to drop seven people into coverage on basically every play. Because Young creates such a pass rush, there’s no real benefit to bringing extra rushers. That has helped create the top-10 caliber defense that the Buckeyes were lacking last season.

On top of that, Young is not just an edge rusher. He’s proven to be uniquely versatile, and his athletic ability allows Ohio State’s defense coordinators to dial up what is essentially a false blitz.

Shown here, Ohio State shows blitz with Shaun Wade off the edge, creating a sense of pressure for Adrian Martinez, and causing him to throw the ball earlier than he actually needs to. However, Ohio State isn’t actually blitzing. It is dropping the same number of player into coverage, just from a different location.

This works because of Young. He drops into a cover 3 underneath zone, Pete Werner moves into the deep third safety zone, and Jordan Fuller fills Wade’s vacated zone. The offensive line is unable to adapt on the fly to the unbalanced rush, and Wade flies in untouched. This has worked, this exact way, every time Ohio State has run it this season (about four times a game). That can be chalked up to Young.

It’s obviously tough to pick just one, but Young’s sack against Cincinnati really stands out as the play that most defines what he does to opposing teams.

Young jumps the snap perfectly, blasts past the tackle with ease, and soars into the backfield to demolish Desmond Ridder. Chase Young is inevitable. He’ll get his, and the only solution for it is to hope that he decides he only wants two sacks, instead of three, four, five or any number he wants. Chase Young does whatever he wants and there isn’t an offensive lineman in college football that is up to the task of stopping him.