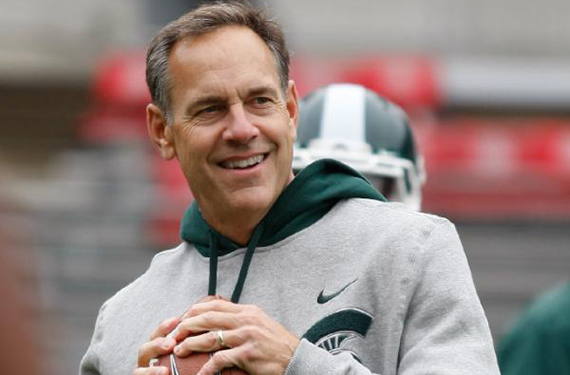 Mark Dantonio announced on Tuesday he has decided to step down after 13 seasons as the head coach at Michigan State.

To all Spartans: Thank you for everything. You have truly helped my dreams come true. pic.twitter.com/uKkubvp1cW

“Every February since 2007, I have reset this program in preparation for the next year’s challenges,” Dantonio wrote in a statement shared on Twitter. “After much reflection and discussion with my family, I feel that it is now time for change as we enter into a new decade of Michigan State football.”

During Dantonio’s tenure, Michigan State went 115-57, won three Big Ten championships and made an appearance in the 2015 College Football Playoff after handing Ohio State its only loss. The Spartans were just 7-6 in each of the past two seasons, however.

Dantonio — who served as the Buckeyes’ defensive coordinator from 2001-03 — plans to “stay on within the university and the athletic department in a role involving special projects, especially transitioning our players, both current and incoming, to their next challenges,” but resignation comes just hours after lawyers representing former Michigan State staff member Curtis Blackwell alleged Dantonio committed multiple recruiting violations. It also comes less than a month after he received a $4.3 million retention bonus.