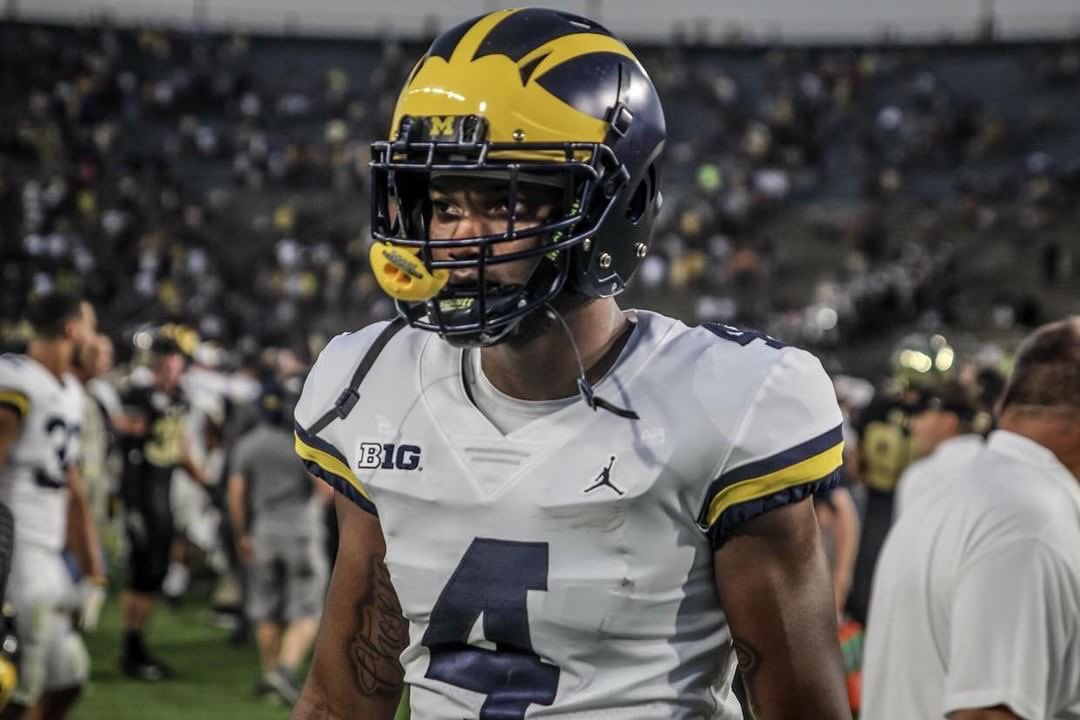 Nico Collins, a standout wide receiver for Michigan, is no longer with the team, per head coach Jim Harbaugh.

“Nico is not participating in football right now,” Harbaugh said. “I don’t have a crystal ball as to if his mind would change on that. I know he’s not currently on the team.”

After hauling in 37 receptions for 729 yards and seven touchdowns as a junior, Collins initially decided to return for his senior season. However, he reportedly opted out before the Big Ten announced its decision to reinstate the season.

Michigan offensive coordinator Josh Gattis expressed his support of Collins when asked about the former Wolverine standout on Sept. 23, without indicating whether he would return or not.

“We’ve had some conversations,” Gattis said. “We’ve had a ton of conversation obviously. I’m very respectful of anyone’s personal decisions and I’m gonna leave that to Nico to be able to make whenever he’s comfortable making an announcement.

“We’ve done nothing but support him 100 percent, we support him the same way we support all our players here. I think eventually everyone will be hearing from him.”

The Wolverines were already attempting to replace quarterback Shea Patterson, four starting offensive linemen, presumed starting receiver Tarik Black, who transferred to Texas, and standout wide receiver Donovan Peoples-Jones, who was selected by the Browns in the sixth round of the 2020 NFL Draft after forgoing his senior season.

Despite all the losses, Harbaugh praised the performance of his receivers during the irregular offseason, specifically mentioning Ronnie Bell, A.J. Henning, Giles Jackson, Cornelius Johnson,  Mike Sainristil, and Roman Wilson.

“One of the really good things about our offense’s growth has been the receiving group.” Harbaugh said. “Their ability to get separation, to gain separation, create separation, and to catch the contested catches.”

Who Michigan’s group of receivers will be catching passes from remains to be seen. Harbaugh said third-year sophomore Joe Milton has been practicing with the first-team offense, but the coach did not confirm a starter, adding that Cade McNamara has “closed all gaps as well.”

“Naming any starter at this point, it’s a daily thing, right up until the game time,” Harbaugh said. “Tough for me to say that definitely anybody is going to be starting. We have to test Friday before we leave to be able to make the trip and test negative on game day to be able to play.”