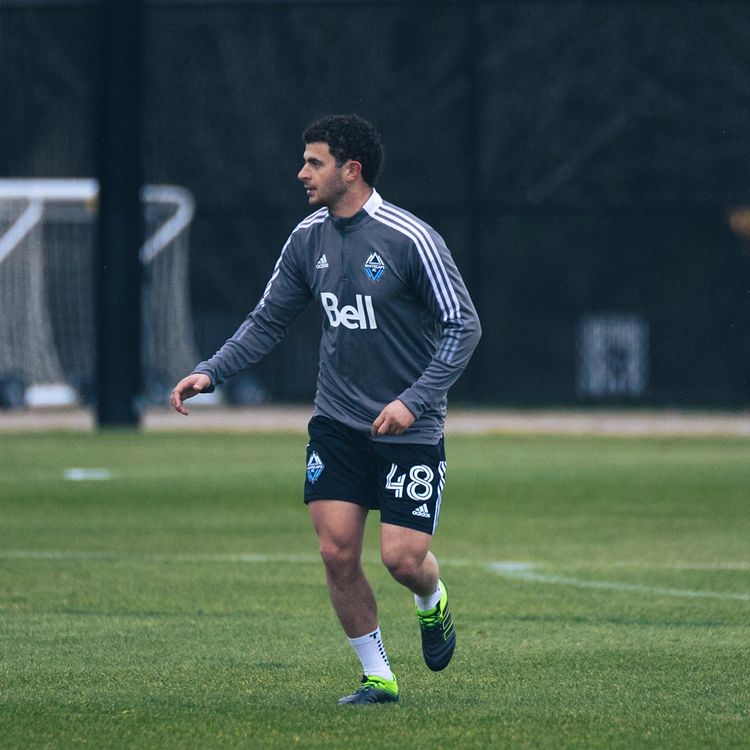 The Ohio State men’s soccer team closed out its 2021 recruiting class with the addition of defender Nathan Demian, a product of Vancouver. He’s the latest in a growing lineage of non-American player to make their way to Columbus, joining rising sophomores Laurence Wootton (England), Thomas Gilej (Germany) and Deylen Vellios, who also came to the Buckeyes via Canada and suited up alongside Demian on various national teams.

“We are very excited to wrap up our 2021 recruiting class with the announcement of Nathan Demian,” head coach Brian Maisonneuve said. “He comes to us from a great background with Vancouver and has been a regular with Canada’s youth national teams. Nathan has one of the highest soccer IQ’s I have seen in a player his age.

“His ability to read the game and be proactive on and off the ball makes him and everyone around him better. Having captained for both club and country, he brings a natural leadership and maturity to the field that will help him make an impact sooner than later. We couldn’t be more excited to have Nathan in Columbus this fall!”

Demian suited up for the U15 (2017) and U17 (2019) Canadian national teams, but spent the majority of his time on the pitch for the Vancouver Whitecaps club team, where he played as a defender from 2015-2021. He was a frequent captain pick on the former, and could contend for a leadership role right away in Columbus. The Buckeye defense is fairly set, but the loss of wingback Joshua Jackson-Ketchup could create room for the offensive-capable Demian.

“I chose Ohio State because I believe it is the best fit for me to continue my athletic and academic endeavors,” Demian said. “Ohio State has a long and rich history in athletics filled with numerous championships across many sports. I want to do my part in taking the Men’s Soccer Program there as well.

“My good friend Deylen Vellios also attends Ohio State and is someone who I have played with in Vancouver and for the National Team for many years. He only had good things to say about the program and a school as a whole.

“It was very important for me to go somewhere where I believe we can win the National Championship and I believe with the coaching staff and the players we have here we definitely can.”