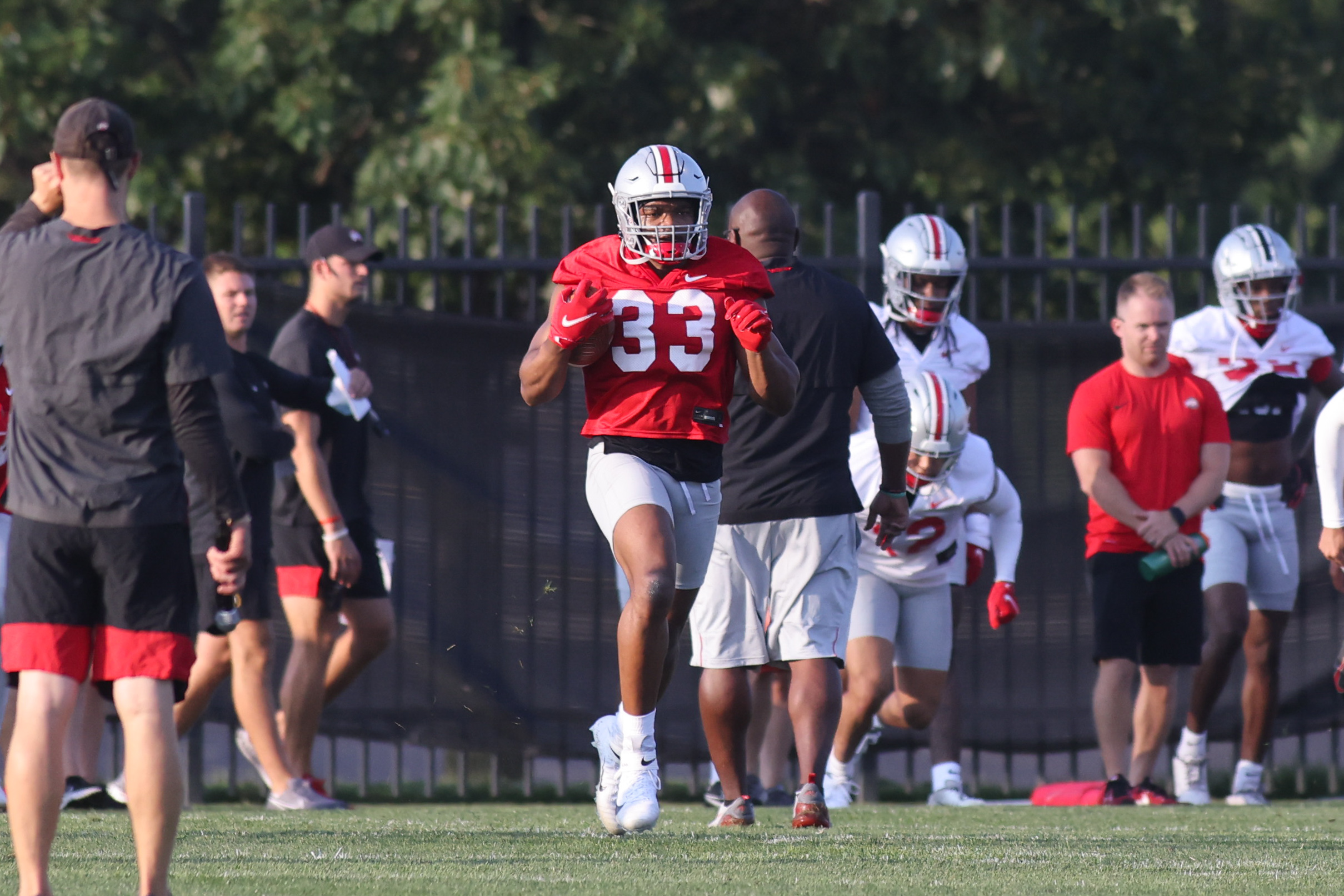 Teague returns this season as the most experienced running back on the Ohio State roster. In three seasons with the Buckeyes, he’s carried the football 256 times for 1,409 yards and 13 touchdowns.

Still, Teague isn’t guaranteed to be the starting running back this season. Miyan Williams, Tre Henderson and Marcus Crowley are legitimate contenders to earn carries.

Teague understands each of them possesses the talent to lead the backfield. He feels the urgency to compete at a high level, but he also welcomes the opposition.

“It’s great competition,” Teague said. “They keep me on my toes. That’s great teammates making each other better, and that’s all you could ask for. I know it’s not gonna be easy. Nothing’s gonna be handed to me, so I’m gonna have to earn everything I get. I appreciate the competition.”

Throughout Ohio State football’s storied history, the Buckeyes could always rely on a workhorse running back to carry the load of the offense.

Howard “Hopalong” Cassady, Keith Byars, Eddie George, Ezekiel Elliot and the only two-time Heisman Trophy winner Archie Griffin have all donned the scarlet and gray in the Ohio State backfield. All of these players were the No. 1 option at running back.

But Ohio State didn’t have a top option lining up behind the quarterback last season.

This season, Ohio State could use another split backfield, but running backs coach Tony Alford will let the pieces fall into place.

Alford said his only concern is winning football games, whether it is one ball carrier or a running back by committee.

Teague said he realizes that the opportunities he receives are out of his control and will do what is best for the team.

The Murfreesboro, Tenn. native spent a significant amount of time in the spring and summer developing better vision and quickness to create more explosiveness after cutting.

“I missed some cuts this past year, so I have to make sure my eyes are in the right place and reading the defensive line right,” Teague said. “I have a better sense of the field, the whole field, and I think that’s gonna help me.”

Teague also said that offseason weight training helped keep him healthy entering the season. He mentioned that he doesn’t have a secret to getting more muscular and more athletic. He puts his head down and works hard.

Another added benefit to his strength training is that he remained healthy, Teague said. He dealt with injuries in the past, including a torn Achilles tendon in last year’s spring camp.

“This summer, I think is a big accomplishment being intentional about taking care of my body, recovering and hydrating,” Teague said. “Just doing everything I can to be available and work on things I need to work on and improve on.”

Teague will be ready whenever Ryan Day and Alford call his name. He is healthy, strong, quick and prepared to make an impact. He anxiously the start of the season against Minnesota — the team’s first chance to prove themselves — and thinks the team is moving closer to being ready.

“We’re getting there,” Teague said. “This week, our focus is being game-ready, so we’re working on all the different things and situations we need to have down pat. We will be prepared for situations in the game and the season. We need to continue to follow the coach’s direction.”