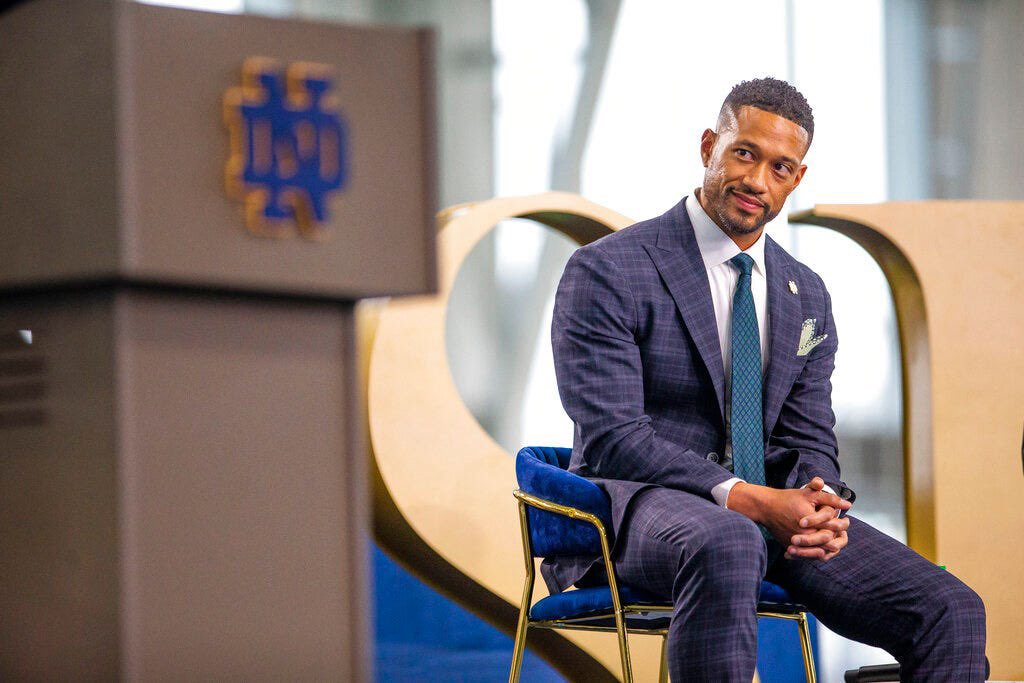 However, Freeman claims Dennis Dodd of CBS Sports misquoted him, and he went on Columbus’ 97.1 The Fan to clarify his comments.

“I want to set the record straight. I was misquoted by Dennis Dodd in this article, and keywords were missing from the quote, which upset a lot of people that I care about,” Freeman said. “I’m very proud of my two degrees from Ohio State. I would never discredit the quality of education those degrees represent. I was specifically really talking about the academic rigors of Notre Dame.”

Freeman’s initial quote in the CBS Sports article said, “You don’t go to class (at places like that).” He continued, “OK, take some online classes, show up for your appointments. At Notre Dame, you’re forced every day to go to class.”

But the Notre Dame lead man recalled the quotation differently. After reviewing the audio from the interview, Freeman said he wrote down what he told Dennis in the interview:

“Their study habits are formulated every day. You can’t cheat academics at Notre Dame. If I didn’t go to class at Ohio State, (there were) 60,000 students. Cincinnati — another big public school — there are 40,000 students. If you don’t go to class, OK, take some online classes, show up at your final. At Notre Dame, you’re forced every day to go to class. But it formulates this work capacity, this learning capacity.”

Freeman claims the most crucial word missing from the quote is “If.” According to Freeman, the word makes his statement a conditional clause.

He reiterated that Notre Dame’s academic rigor could be more strenuous to student-athletes because of the university’s small student population. With 40,000 fewer students walking the campus, he said the educational standards change drastically.

“Notre Dame has 8,500 students,” Freeman said. “Online classes were never a part of the standard curriculum here. Before COVID-19, they weren’t even offered.”

Still, Freeman said he has no malicious intent to discredit Ohio State’s academic workload. After all, he did choose to complete two separate academic endeavors at the university.