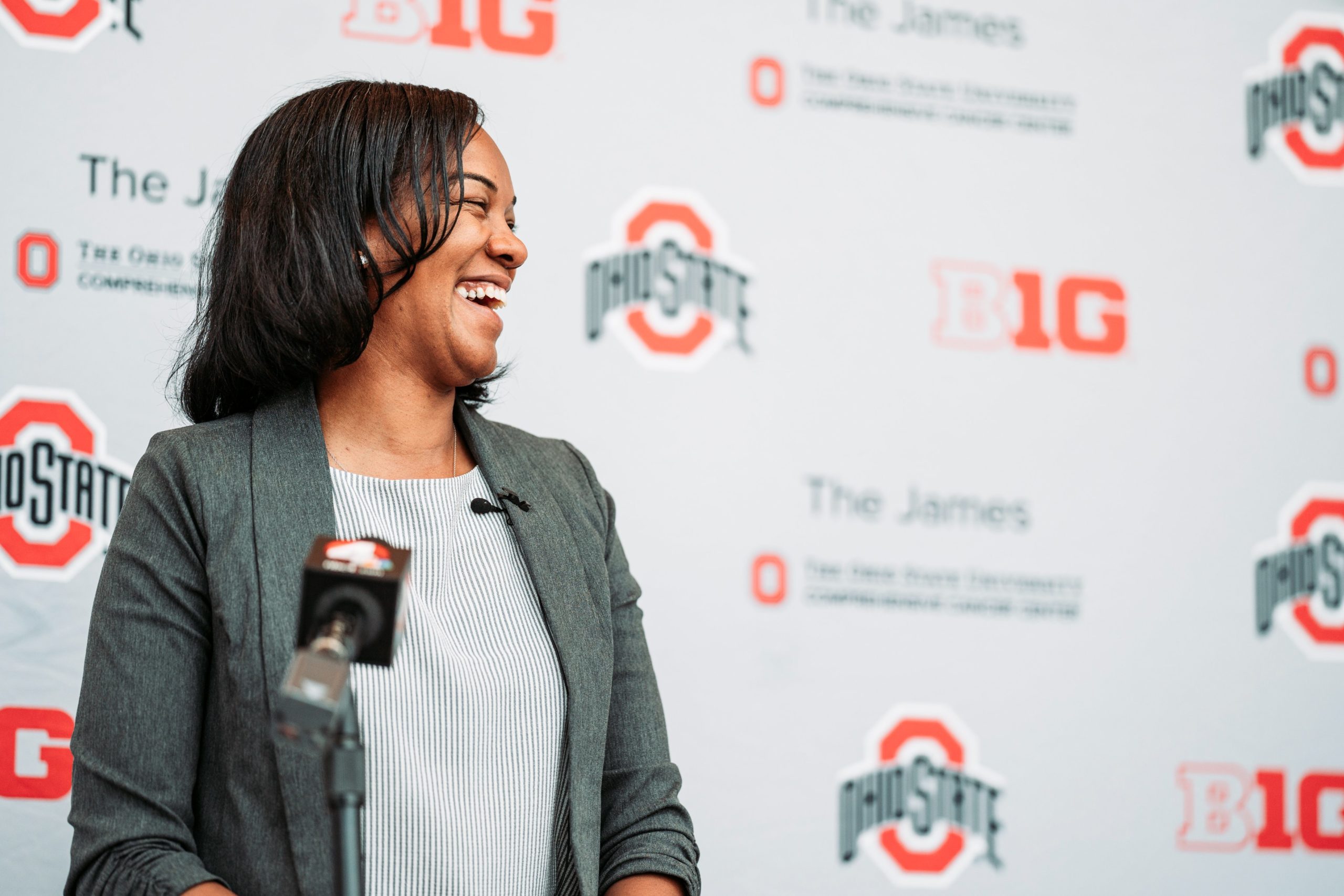 When Rosalind Joseph left to become the director of track and field and cross country at Southern Illinois at Carbondale in 2018, she didn’t think she would return to Ohio State anytime soon.

Joseph had been an All-American and Big Ten title-winning runner for the Buckeyes and held records that still stood in the program’s record book. She started coaching at Auburn University before assisting the legendary Ohio State director Karen Dennis for over a decade. But she needed to keep building, so she left Columbus to lead the Saluki program in the Missouri Valley Conference.

With Dennis still at the height of her talents in the Buckeyes’ men’s and women’s programs, Joseph dreamt she could lead Ohio State in the distant future. It would be a tremendous honor to fill her Dennis’ shoes, so she prepared for the opportunity whenever it might have come.

As it turns out, that moment came quicker than Joseph expected. Dennis announced her retirement on Monday, a charming end to a 45-year coaching career involving 20 seasons with the Buckeyes, and Joseph was announced as her replacement almost 24 hours later.

On Wednesday, the Ohio State athletic department held a press conference introducing Joseph as the newest director. Accompanied by her husband, Dexter, and her daughter, Gabrielle, and sons Harrison and Julian, she shared her excitement to be a Buckeye and what she hopes to do with the Ohio State program moving forward.

“This is a dream come true,” Joseph said of the role. “I walked around this campus as a student-athlete. I felt like I could do anything here. It has come full circle now. I always wanted to be in this profession, and now to do it here solidifies my thoughts from my first time on campus that this is where you can do everything. It is a dream come true, coming back to my second home.”

Joseph understands that she has big shoes to fill. After all, she ran for Dennis in college and learned under her for 10 seasons. More than anyone, Joseph knows what it takes to create a thriving program culture in Columbus.

In some ways, Dennis has — pun intended — passed the baton to Joseph. In an interview with Eleven Warriors, Dennis said she feels confident Joseph can take the Ohio State track and field and cross country programs to new levels of greatness.

However, that creates a mixed bag of emotions for Joseph. She feels excited knowing that she has the full support of her decorated and well-renowned mentor, but that brings expectations of excellence that can be hard to attain in practice.

“It’s scary because I have big shoes to fill,” Joseph said. “But I think it would be for anyone in the country. I’m very confident that anybody who walked in would have to fill those shoes. I know the designer, so I can come in and take over from that perspective.

“I watched her coach on a small scale with one gender (in the women’s program). Then I had the opportunity to work with her as she led the combined programs and saw her do the same things with the men. Just being able to watch it and be a part of it. I feel poised to take the baton and continue what she built.”

Regardless of the results, Joseph’s goal in her first years as director will be simple: keep building. Dennis left the program after winning a conference title in the men’s and women’s fields — a feat that had not been accomplished by a Big Ten team in 25 years. Joseph’s immediate expectations are not to repeat that kind of success in her inaugural season, but rather to emulate the same coaching qualities that will lead to similar success consistently for years to come.

“I don’t know if I am considered a big name,” Joseph said, “but I think that it’s apparent that I’m a connected name to this university. There is a responsibility to make sure that when we go out as Buckeyes we make ourselves look great. There’s a connection here in terms of what has been built here.