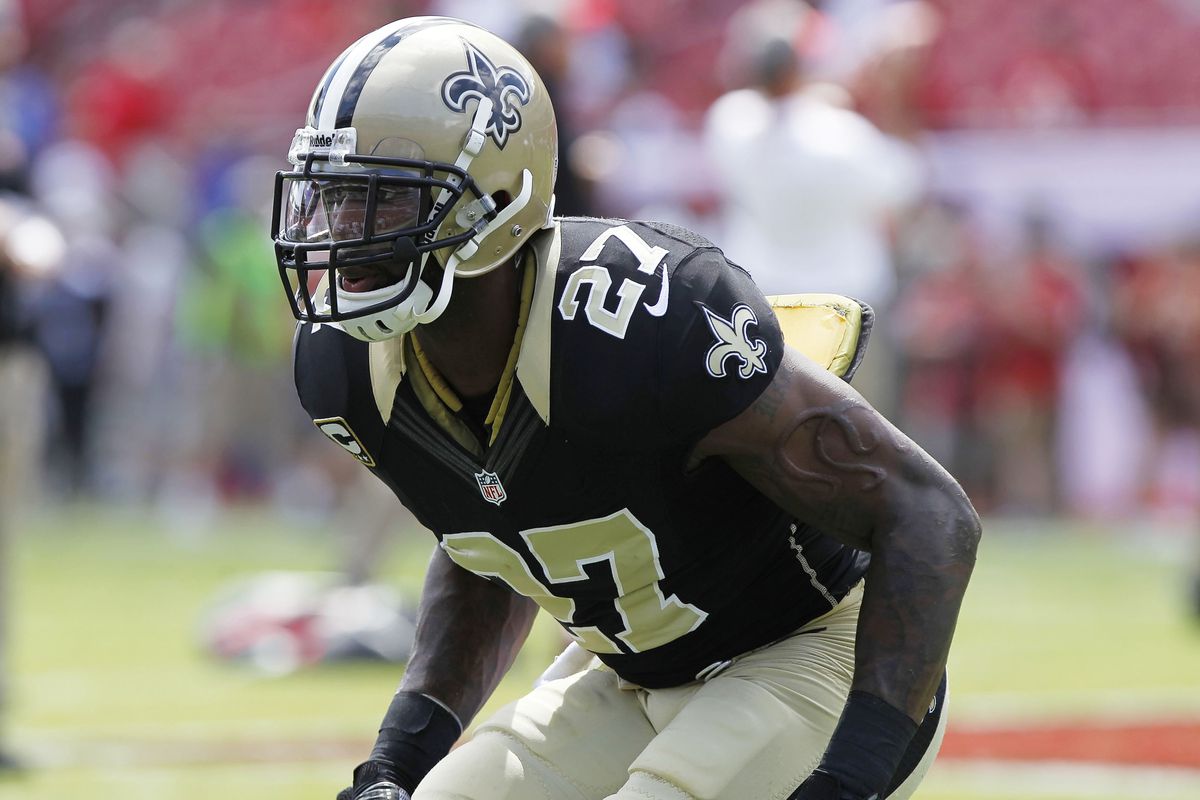 In a March 30 appearance on The Pivot Podcast, former Ohio State standout cornerback Malcolm Jenkins announced that he’s retiring from football after 13 seasons in the NFL, saying that he feels he’s accomplished everything he hoped to in football.

“It’s been a long, long journey, but it’s the right time for me to do that transition,” Jenkins said. “I’ve played the game at the highest level for 13 seasons, and I’ve accomplished Super Bowls, Pro Bowls, all that there is to do in this game. And when I came in, I always wanted to make an impact on the game on and off the field and I just feel like, at this point, I’ve accomplished that.”

He also cited the toll football takes on a person both physically and mentally, and a desire to move on to the next stage of his life – which includes involvement with his production company, Listen Up Media, and a continued focus on speaking out about social issues, as he did for much of his career.

“You grind and put everything into this game in order to play at a certain level,” Jenkins said. “You sacrifice your body, your time, your mental, and you perform at a certain level. And I’m (thinking that) if I can do this at this level, among the greatest in the world at what I’m doing, I’m excited to put that energy into something else.”

Jenkins finishes his career having played 199 games at the professional level since his selection in the first round of the 2009 NFL Draft by the New Orleans Saints, with 191 starts. He spent the first five seasons of his career with the Saints, starting in six games and playing in 14 for the 2009 Super Bowl team, earning a second-team All-Pro nod in 2010 and serving as a stalwart member of the secondary until his departure to Philadelphia in free agency ahead of the 2014 season.

He started every game for the Eagles at free safety across the next six seasons, earning Pro Bowl bids in 2015, 2017 and 2018 and helping to lead the Eagles to the 2017 Super Bowl. He ended his tenure in Philadelphia after the 2019 season after racking up 96 starts, 515 tackles and 11 interceptions, returning to New Orleans for the final two seasons of his career. He started 95 games in seven combined seasons with the Saints, recording another 529 tackles and 10 interceptions.

In 2019, Saints head coach Sean Payton called Jenkins “one of his guys” and claimed that losing Jenkins in free agency to the Eagles was one of the biggest mistakes of his career.

“I said this and I just said it recently, probably one of the bigger mistakes we’ve made,” Payton said in January of 2019. “You got to be able to look at them and say, ‘How did that happen?’ But letting him out of the building certainly wasn’t a smart decision.

“He was probably one of the most important parts of our Super Bowl run and it was his rookie season. I told him after the game (between the Eagles and Saints in November of 2019) I love him and I know that the feeling is mutual. I just have a ton of respect for him as a player and also as a person. He’s a fantastic player and just as good of a person.”

The president and founder of The Malcolm Jenkins Foundation, which “is committed to youth development initiatives and programs, which emphasize education, character development, leadership, life skills, health and recreation” per its masthead, Jenkins made as large an impact off the field as he did on it during his career.

He was an involved member of the NFL Players Association and spoke out frequently against racial inequality, participating in 2016 and 2017 protests and spearheading the NFL’s “Let’s Listen Together” initiative, which focused “on supporting programs and initiatives that reduce barriers to opportunity, with a priority on supporting improvements in education and economic development, community and police relations, and the criminal justice system” in 2018.

In Columbus, Jenkins played a major role during all four of his seasons, contributing as a nickel in his 2005 freshman campaign before starting at cornerback across his next three seasons. He was named a first-team All-Big Ten pick in 2006-08, a second-team All-American in 2007 and a consensus first-team All-American in 2008, claiming the Jim Thorpe award in 2008. The Saints took him with the 14th pick in the first round following his senior season.

His retirement makes Pittsburgh Steelers defensive lineman Cameron Hayward and Dallas Cowboys long snapper Jake McQuaide – both members of the 2011 draft – the longest-tenured Buckeyes in the NFL. Two of Jenkins’ 2009 draft classmates at Ohio State, Brian Hartline and Marcus Freeman, will square off as coaches in the 2022 season opener between Ohio State and Notre Dame.