Malaki Branham Will Turn Pro After One Season In Columbus 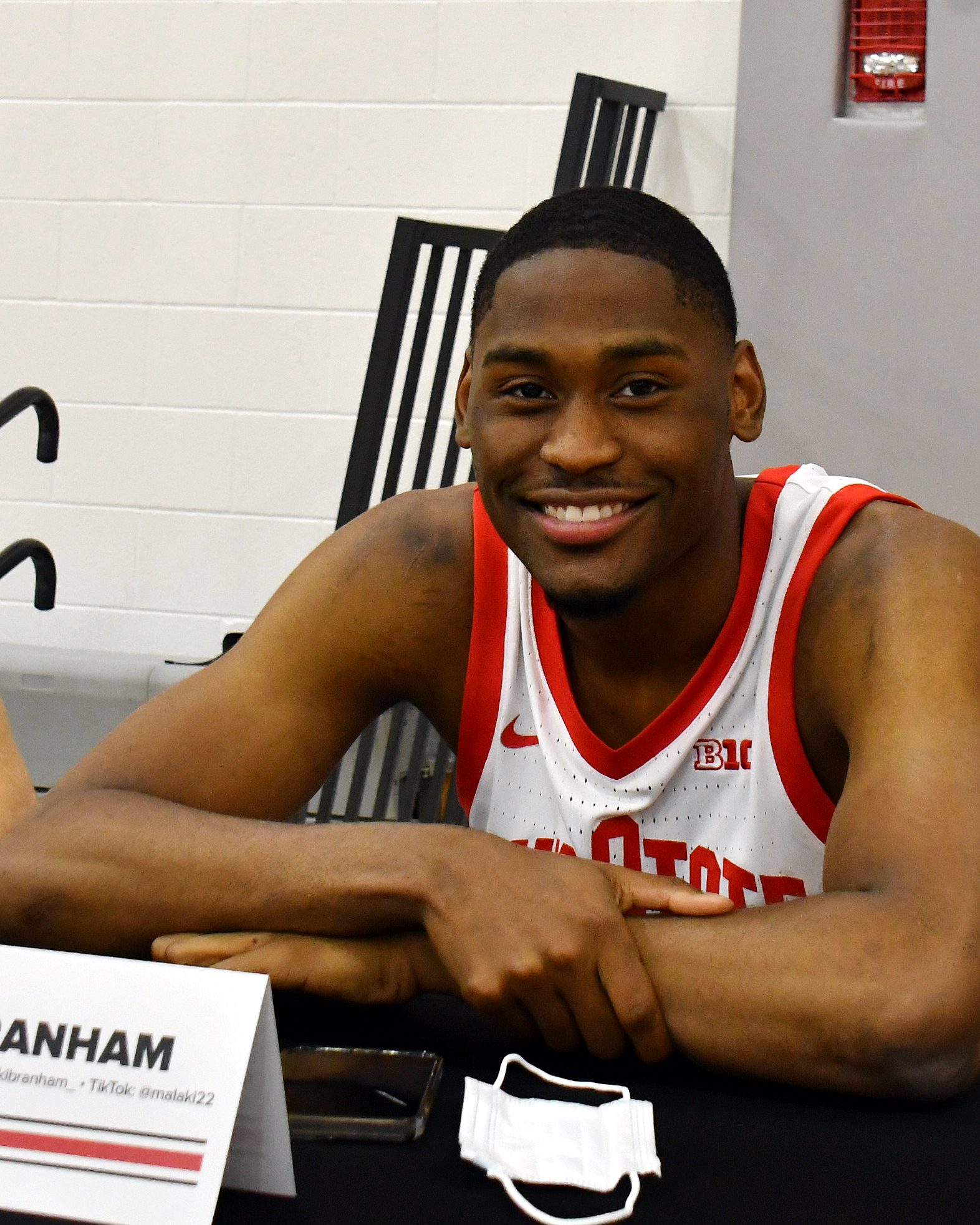 Ohio State guard Malaki Branham, who starred for the Buckeyes in 2021-22 as a true freshman, has signed with an agent and will remain in the 2022 NBA Draft as expected. The former four-star prospect told ESPN when he entered the draft originally on April 1 that he planned to stay in the process if he received a first-round grade, and though the NBA combine has yet to arrive, Branham’s stock has only risen, with some experts dubbing him a potential lottery pick.

He told Eleven Warriors on April 24 that he was awaiting more feedback before making a final decision, but it seems that he now has every bit of info he needs and feels secure in his placement as a first-round pick come June 23.

“I just have to get some more feedback. I don’t really know what to expect,” Branham said. “The NBA draft, it can go anywhere, so just trying to see where I’m going to stand.”

Ohio State head coach Chris Holtmann has encouraged his star freshman throughout the process, telling him to enter the draft to receive that feedback, as all college basketball underclassmen are now allowed to do so long without shedding their eligibility so long as they return by June 1. Ultimately, the decision for Branham wasn’t terribly complicated.

“After the season, I talked to coach Holtmann and my family about it and testing the waters was the best thing for me, getting feedback on what I need to do to be an NBA player. With that being said, I’m going to be hiring an agent and officially putting my name into the NBA draft.

“I didn’t know what to expect this season, coming in as a freshman. I didn’t know how many minutes I was going to play, I just wanted to put in work. As we started playing games, my confidence grew and by the end of the season, I knew that being a one-and-done player was a possibility. I want to give special thanks to coach Holtmann for trusting me and believing in me.

“To all the coaching staff, we spent countless hours in the gym and the weight room and I want to give a special thanks to them for pushing me. A special thanks to my teammates for pushing me every day, me coming in as a freshman around four- and five-year guys, having the leadership like that helped me throughout the season. And of course my family, for sacrificing everything they did for me. I can’t thank them enough.”

Branham averaged 13.7 points, 3.6 rebounds and 2.0 assists per game as a freshman for the Buckeyes, earning Big Ten Freshman of the Year honors. His departure leaves Ohio State with two available roster spots after the return of Justice Sueing and Seth Towns, the additions of Tanner Holden and Sean McNeil and the transfers of Justin Ahrens and Meechie Johnson Jr., as well as the departures of six seniors and forward E.J. Liddell.

“This is obviously a big day for Malaki and his family and it’ll be an even bigger day on June 23,” Holtmann said. “It’s a great day for him and his family, for our program. It’ll be a great day for Ohio State when he has his name called. We’ve had tremendous conversations with NBA personnel in the last month since he put his name in.

“The feedback has been increasingly positive by the weeks. Having all of that information at hand for Malaki and for our coaching staff to help guide him was super helpful in making this decision. I know he felt like this was the best decision. I’m really excited for what he is now and we’re excited for what he can be as an NBA player. It’s been a remarkable journey here in the last year. I don’t think anyone anticipated that it would come this quick but it’s a great day for him, his family and for our program.”