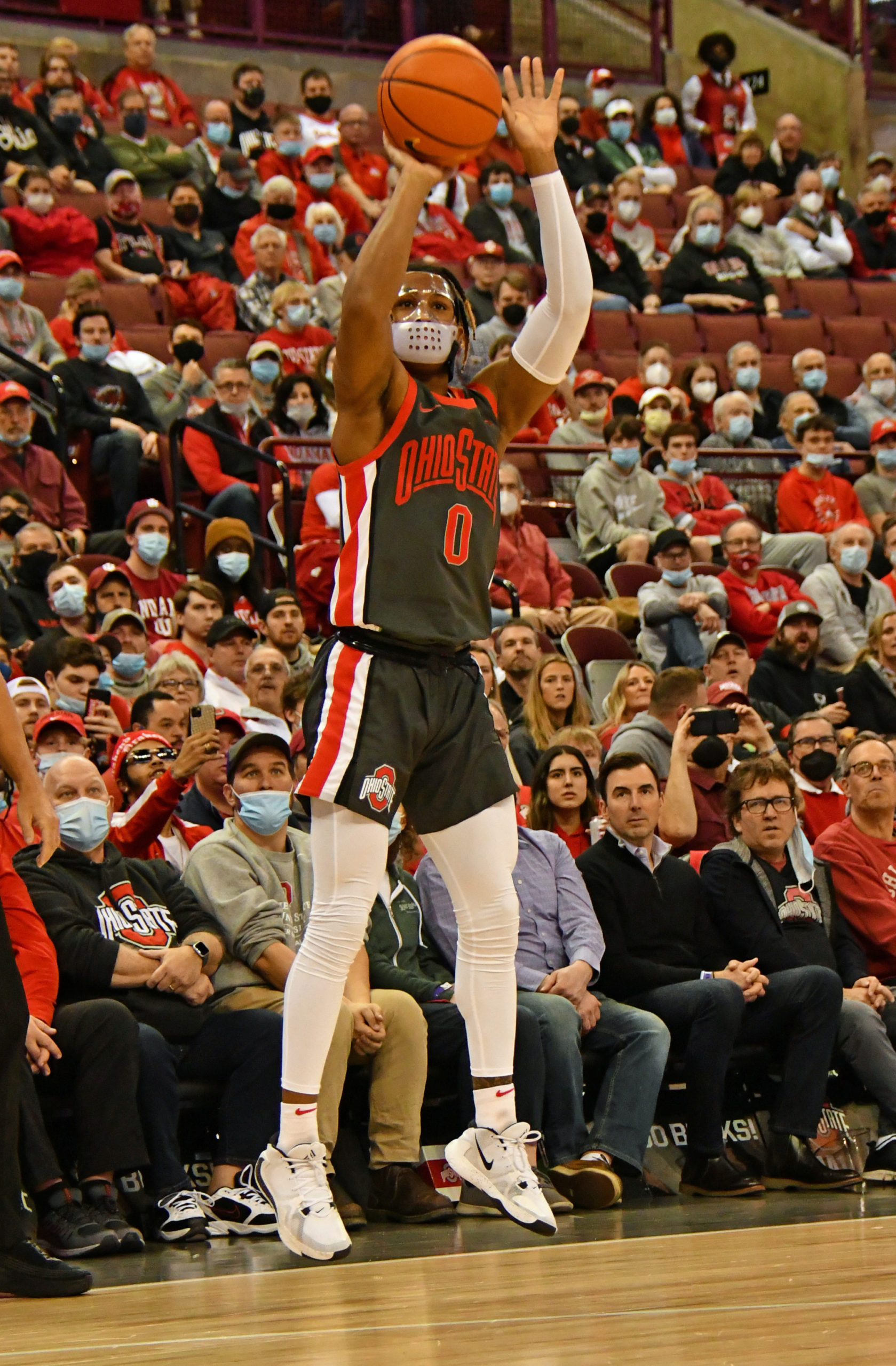 There was a time in the not-too-distant past that an opportunity to see Ohio State and Indiana square off on the hardwood was one of the hottest tickets in the Big Ten. The two formed quite the rivalry throughout their individually rich histories, drawing each other in dozens of matchups that did more to decide the league than any other in a season.

But on Feb. 21, with the Buckeyes still well in contention for strong seeding in the Big Ten tournament and Indiana battling to stay on the right side of the NCAA tournament bubble, Columbus had its eyes elsewhere. Blame Ohio State’s loss to Iowa on the same floor only about 48 hours prior, which drew mass criticism of head coach Chris Holtmann over his rotations, his team’s effort, and just about everything else.

Given the content of the game, perhaps those that opted against attendance were correct. Ohio State (17-7, 10-5) and Indiana (16-10, 7-9) engaged in a brutal slog before a patchy lower bowl and a desolate upper bowl. At the end of 45 game minutes and well over two real-time hours, the Buckeyes emerged on top 80-69, but it’s hard to imagine anyone left Value City Arena feeling better than when they entered, overtime victors or not. Save, of course, for famed superfan Big Nut, who appeared to be having a great time and never left his feet.

The offensive struggles started early for both sides, as the Buckeyes faced nearly five minutes of scoreless basketball around the midpoint of the first half, but Indiana managed only two baskets – both 3-pointers from Parker Stewart – from the start of Ohio State’s drought at the 11:14 mark through the end of it, when Meechie Johnson Jr. knocked down a 3-pointer of his own with 6:46 to play, reclaiming the lead in the process at 20-18. The two sides combined to hit 23 of the 54 shot attempts in the first 20 minutes of the game while generating 13 turnovers and 16 personal fouls, as Ohio State took a 33-28 lead into the break.

The two sides shook off some of the rust to open the second frame – Ohio State knocked down its first seven shots, Indiana hit four of its first six – but the pace didn’t change. Granted, Indiana entered the game at 157th nationally in adjusted tempo, and Ohio State is all the way down at No. 280.

It was the tortoise who led the race to open the half. With its suddenly steady flow of points after the streaky first frame – and with more than three minutes without an IU field goal – the Buckeyes cracked open a lead as large as 11 points at 50-39 just before the under-12 media timeout, though a pair of Xavier Johnson free throws cut it back to nine. A split pair from Wheeler on the end sent the game to a break with 10 points of separation.

Of course, that flow of points would not last. After their perfect start from the field, it would take another six minutes for the Buckeyes to again connect from the field. Meanwhile, Indiana’s Miller Kopp rattled off seven in a row to bring Hoosiers within five points – Kyle Young knocked down a pair of free throws during his one-man run – and Johnson nearly managed to pull them within a possession on a fast break layup try, but Eugene Brown III met the Hoosier guard at the rim and sent his try into the stands.

Brown’s efforts were short-lived, as Indiana retained possession and converted on two free throws after E.J. Liddell was dinged for a flagrant foul. A Malaki Branham layup – his 18th and 19th points of the game – snapped the slump and returned the Buckeyes to their five-point perch. Two minutes, several lengthy reviews and multiple sproutings of an “I-U” chant later, and the Hoosiers had stormed all the way back, riding an 18-4 run to claim a 59-55 lead. After seven makes in the first five minutes of the half, Ohio State converted only one field goal in the next 14 minutes.

Two perfect trips to the line kept Ohio State within fighting range as the Hoosiers continued to knock down shots, offering it just enough of a window for when that breakthrough from the field finally came. After a Tamar Bates jumper with 2:47 to play put the Hoosiers ahead by four points, it looked like it never would come. But after two more Branham free throws and a missed 3-pointer on the other end, Ohio state found its chance and took it. With only six seconds to play, Branham connected with Liddell, who made sure his shot stayed true by slamming it home to knot the game at 63 and send it to overtime.

In that extra frame, as he had pretty much all game, Branham led the charge for the Buckeyes. Working almost exclusively as the primary ball-handler, Branham helped to set up Johnson for a trip to the free-throw line after he was fouled on a 3-pointer, converted a tough layup on OSU’s next possession and completed the trifecta with an assist to Wheeler, whose corner 3-pointer gave Ohio State its first lead since the 6:35 mark of the second half, 70-67. After Indiana pulled within one, it was Liddell’s turn, knocking down a long mid-range jumper to push the Buckeyes back in front by three points with 1:41 remaining.

Not to be outdone, Branham found his own midrange touch after another defensive stop, giving Ohio State a 74-69 edge. That, with free throws from Liddell, Wheeler and Young down the stretch, proved sufficient as the Buckeyes held Indiana to only six points in overtime with just one field goal.

Branham led all scorers with 27 points, while Liddell, on a quiet night, chipped in 16 with seven rebounds. Johnson, who fouled out in overtime, had 16 points for Indiana. Trayce Jackson-Davis and Race Thompson added 13 points and nine rebounds each.