Malaki Branham Continuing To Move Up On Draft Boards 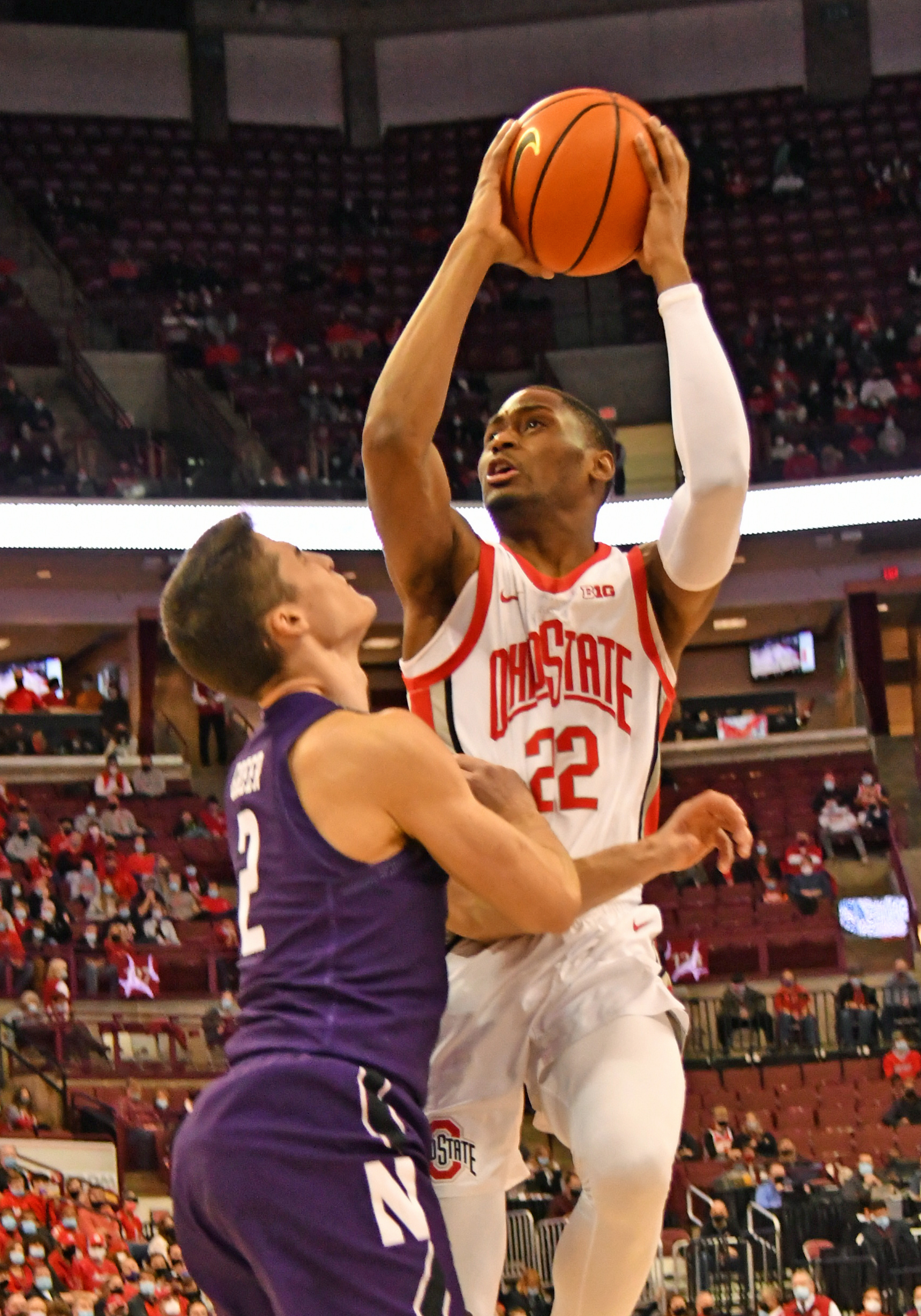 The Athletic’s Sam Vecenie currently projects Branham as the No. 19 prospect in the upcoming draft class, ahead of forward E.J. Liddell at No. 25, while ESPN’s big board has Branham at No. 29, still as a first-round selection

“While Branham isn’t some elite athlete, he does a great job of attacking and getting downhill by getting defenders off-balance,” Vecenie said. “He has great length and really covers a lot of ground on his strides, then uses those arms to finish over big guys with great touch. He can break down guys in isolation, get that little bit of separation with a series of hesitations and crossovers and rise up to knock down a shot.

“He’s very sharp at finding creases and cracks in the lane and driving through them quickly in a straight line to finish,” he continued. “Above all, he’s really improved as a jump shooter. He takes shots directly off the hop with confidence, leaping straight up and down and maintaining strong balance through the shot. This hasn’t always been the case. In high school, he was known much more as a midrange gunner than as a 3-point marksman, so this improvement says a lot about where he’s headed.”

Branham’s stock has exploded since the schedule flipped to 2022. In 19 games this calendar year – all against Big Ten competition with the exception of IUPUI – he’s averaging 16.3 points and over four rebounds per game while shooting 52.3 percent from the field and 46.0 percent from beyond the arc. He’s been a complementary piece to Liddell as Ohio State looked for a second star this season, and Branham has filled the role with ease.

“He’s really worked, he’s grown in confidence and the game has slowed down for him,” head coach Chris Holtmann said. “When a game slows down for an athlete, they think less and play more on reaction. That’s been the case for Malaki and it’s been fun for all of us to see his development and growth in a short amount of time. It’s been really exciting for Buckeye Nation too to see someone grow like that in front of their eyes.”

While neither Holtmann nor Ohio State fans want to see Branham as a one-and-done prospect, his play has led to a rapid rise through the ranks, and he’ll certainly go through the pre-draft process to assess his draft prospects and see where teams would want him to improve if he were to be drafted or if he came back for his sophomore season.

“There are still areas for improvement,” Vecenie said. “Defensively, Branham is still working on playing out games. He has good stretches, but sometimes his focus will waver just a touch, and he’ll get lost. His length and strength give him a lot of room for error, though. Typically, guys who are this big, this long and have some athleticism, ball skills and shooting play in the NBA for a while. Branham has what teams are looking for and is a genuine one-and-done option who should test the waters this offseason. I think he’d be likely to hear his name called in the first unless he completely falls apart in workouts.”