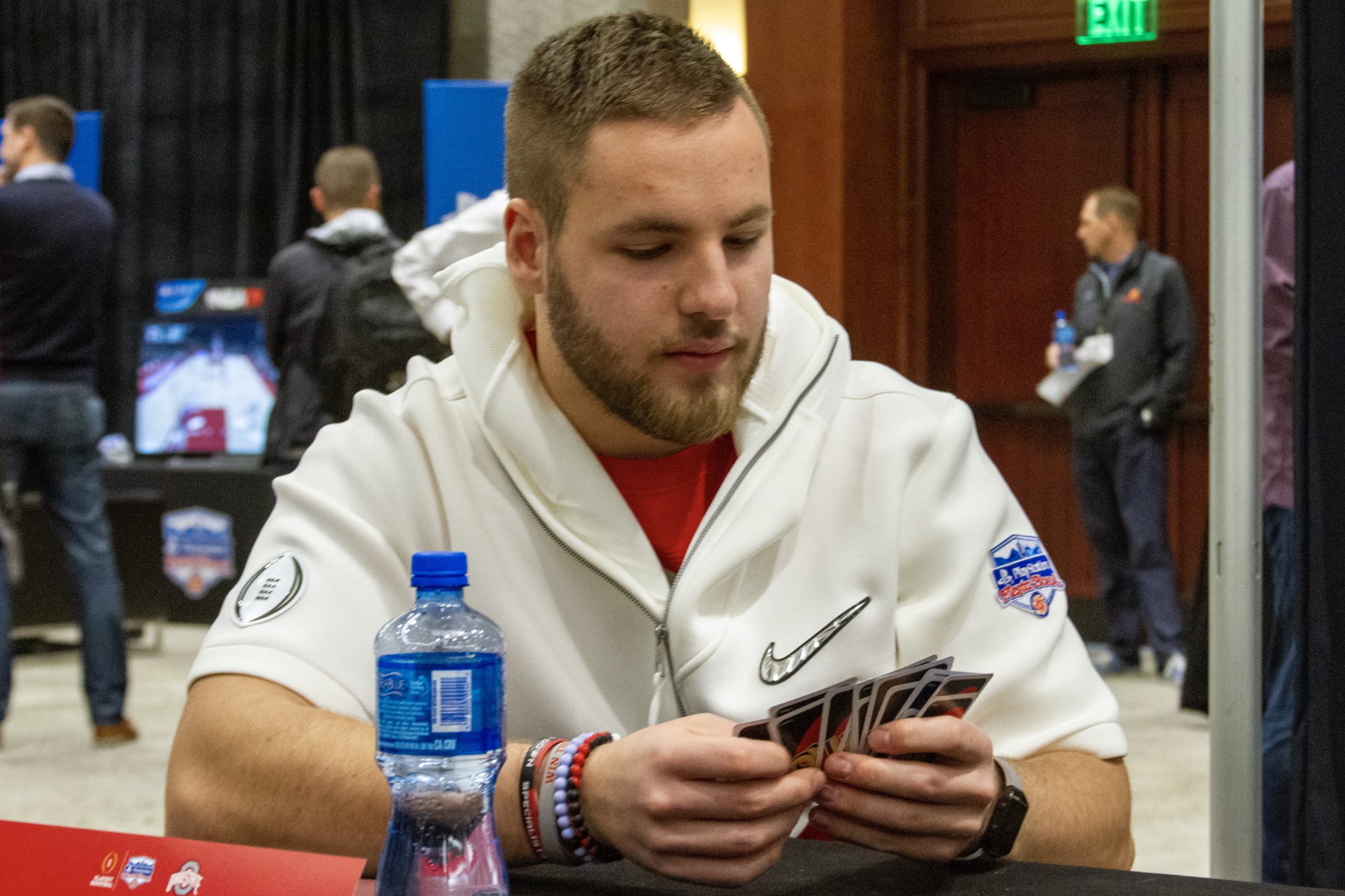 Ohio State longsnapper Bradley Robinson is returning to Columbus for his seventh season with the Buckeyes.

“First off, I want to thank God and my family for allowing me to be in the position I am today,” Robinson wrote in his announcement on Twitter. “It has been a dream come true to play college football at the highest level. Being able to put on the Scarlet and Gray and represent Buckeye Nation has been a great privilege that I will cherish forever.

“As a kid who grew up in that state up north, I never would have imagined playing for the Buckeyes, but it has been everything I could have wanted and more. Thank you to the coach, the strength staff, the trainers, the (equipment) staff, and the SASSO staff for everything they have done for me over these past five years. My journey has been incredible and beyond anything, I could have dreamed up. I have competed for national championships, won four Big Ten championships in my time here, but more importantly been able to graduate with two separate degrees from The Ohio State University.”

A finalist for The Patrick Mannelly award, given to the nation’s best longsnapper, Robinson started his career at Michigan State in 2016 before transferring to Ohio State in 2017. He took over the starting job in 2020 from Liam McCullough, beating out McCullough’s younger brother Roen for the job. He had degrees in both human nutrition and human development and family sciences and will use his extra year to work toward a Ph.D. in exercise science.

“I am blessed to have a seventh year of eligibility and after talking with my family and the coaching staff, I have decided to return for a final season. The opportunity to continue to develop and prepare for the NFL, while also completing my masters program and beginning to take steps toward a Ph.D. was too good to pass up. As well as an opportunity to play another season with my brothers and work towards all the goals we have as a program.”

With Robinson, returner Emeka Egbuka and punter Jesse Mirco all slated to return, Ohio State now just awaits a decision from kicker Noah Ruggles for the chance at a clean sweep in special teams.