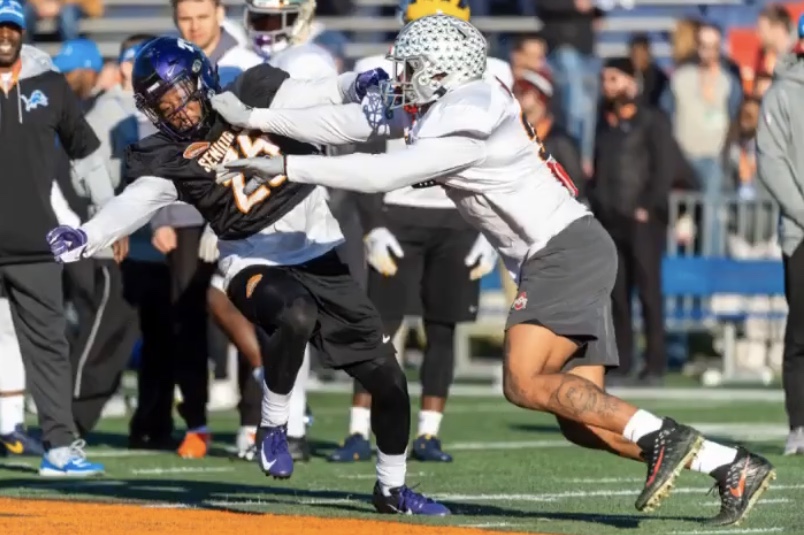 Linebacker Malik Harrison intercepted a pass from former Oklahoma quarterback Jalen Hurts in the second quarter, helping the North to a 34-17 win over the South at Ladd-Peebles Stadium in Mobile, Alabama.

The North get the ball right back thanks to Malik Harrison (@OhioStateFB)!

Offensive guard Jonah Jackson, meanwhile, entered the game in the second quarter. He made a key block on his first play to spring former TCU running back Darius Anderson for a 75-yard touchdown.

Darius Anderson (@TCUFootball) to the 🏠for the North!

Wide receiver K.J. Hill — who was widely considered one of the top performers in practice throughout the week — did not have much of an impact in the game, though he did record an 18-yard punt return for the North.

Fellow wideout Austin Mack was the lone Buckeye on the South, and he hauled in one pass for 14 yards to convert a fourth-down attempt in the fourth quarter.