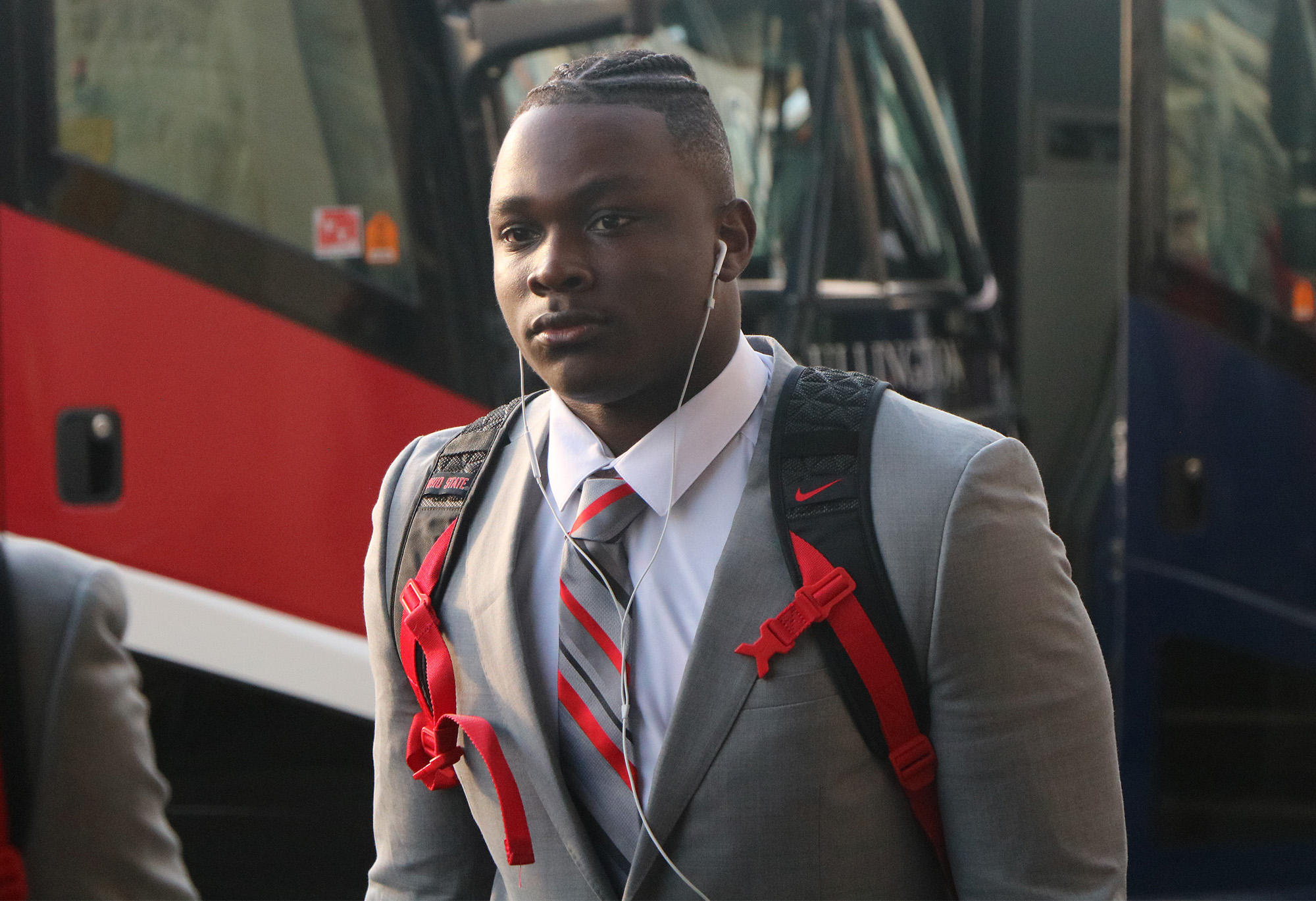 Like majority of freshmen typically do, Teradja Mitchell took time in getting acclimated to life at Ohio State.

From the film room to the football field, the Virginia Beach (Va.) Bishop Sullivan product worked his way into action, appearing in 10 games as he made an impact for the Buckeyes on special teams.

The four-star’s road from the 247Sports composite’s No. 44 overall prospect, No. 2 inside linebacker and No. 2 player in Virginia for the 2018 recruiting class to kickoff coverage contributor catapults Mitchell into a sophomore season where he eyes further development on defense.

“It’s definitely great, setting me with great momentum going into next year,” Mitchell told BSB. “This is what we work for.”

Jammed behind Tuf Borland, Baron Browning and Justin Hilliard at middle linebacker, Mitchell made efforts to learn from OSU’s starters as he caught on throughout his first year.

“Those guys have taught me a lot, definitely,” Mitchell, who enrolled in Columbus last June, said. “Just how to train hard, practice hard and go hard in everything that you do. Watching film, those guys just taught me how to work.

“They set a great example for me, especially Justin Hilliard. That guy’s an energy giver right there and he just taught me how to embrace everything that comes toward you.”

While head coach Urban Meyer moved on and retired after Ohio State capped its 2018 campaign, the culture he left behind in his seven years running the program specifically resonates with Mitchell.

“I’ve definitely grown tremendously, coming in, just getting used to the culture,” Mitchell said. “It’s definitely second to none, the culture here. We go hard — 4 to 6, A to B. That’s the culture Coach Meyer instilled in us and over. As the weeks went by, it just was about really buying into that and it’s paying off on special teams. We have a great special teams unit in all phases.

“It’s definitely grown on me. I’m starting to realize that whatever Coach Meyer gives you, whatever role he gives you, just go as hard as you can. On special teams, that’s one place. In that one place, you just learn and go all out, execute whatever the mission is.”

Dallas Gant and K’Vaughan Pope join Mitchell as the Buckeyes’ sophomore linebackers potent for more playing time in 2019, passing the physical prerequisites while working further in other areas.