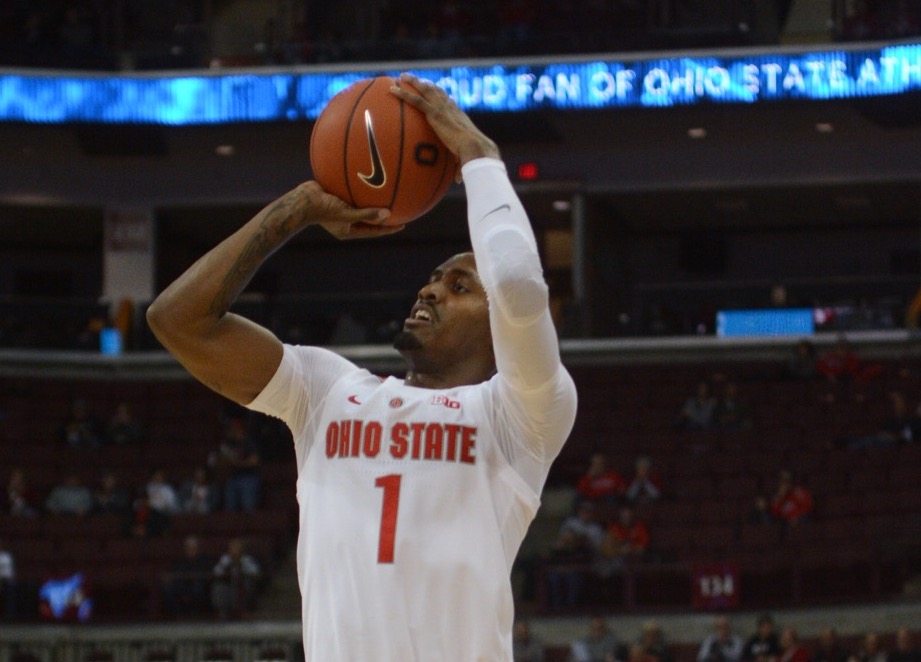 Part of Ohio State’s roster was late arriving to the Schottenstein Center on Tuesday and played like it in the first half.

The Buckeyes needed a second half comeback to defeat the Bulldogs of the Southern Conference, 68-50, at home after the likes of Kaleb Wesson, Andre Wesson, Luther Muhammad and Kyle Young were all benched for not showing up to pregame warmups on time.

In their stead, Jaedon LeDee, Musa Jallow, Duane Washington and Keyshawn Woods started alongside C.J. Jackson and the Buckeyes got off to a less-than inspiring start.

Samford opened the game on a 11-4 run with Ohio State’s usual starters on the bench before the Buckeyes rattled off a run of their own to knot the game up at 11.

Ohio State’s offense was out of sync from the tip and the Buckeyes shot just 9 of 24 from the floor in the first half, while the Bulldogs shot an even 50 percent (14 of 28) to take a 32-29 lead into the halftime locker room. Samford guard Myron Gordon poured in exactly half of his team’s points in the opening 20 minutes and finished with 18 to lead all scorers.

Samford converted the first shot of the second half to extend its lead to 35-29 before Ohio State rattled off a 9-0 run, highlighted by a play in which both Jackson and Muhammad went into the stands to save a loose ball. The saved possession resulted in an Andre Wesson three-pointer.

After the Bulldogs briefly tied the game at 38, Ohio State went on a 12-0 spurt, capped by a short jumper from Kyle Young. The Buckeyes ended the game on an 8-0 run and held Samford to just 7 of 29 shooting in the final 20 minutes.

While Ohio State improved its overall shooting numbers in the second half, the Buckeyes struggled mightily from beyond the three-point arc, finishing just 3 of 20 from deep.

Chris Holtmann’s squad was led by Kaleb Wesson, who contributed 17 points off the bench. Keyshawn Woods, starting his first game as a Buckeye, chipped in 14 after being held scoreless in his previous outing against South Carolina State.

The Buckeyes are set to return to action Friday at 8 p.m. against Cleveland State. The game is set to be played at St. John Arena, the first time Ohio State has played in its former venue since 2010. The in-state contest is scheduled to be televised on Fox Sports 1.