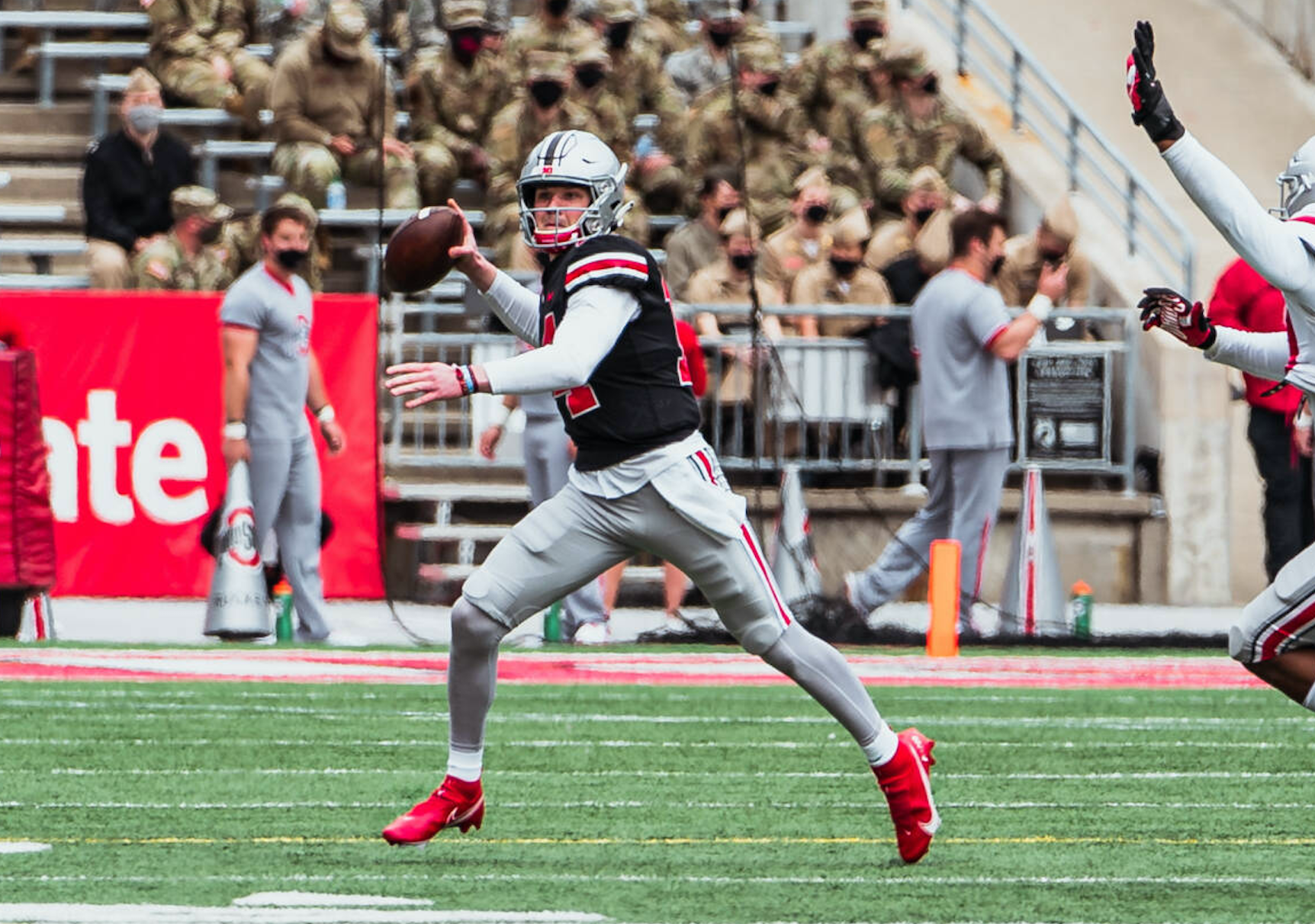 All eyes were on the quarterback battle heading into this year’s spring game for the Ohio State football team, and each of them were able to show some of that high potential that has been discussed since their respective recruitments.

The trio of Kyle McCord, Jack Miller, C.J. Stroud completed 45 of 69 passes (65.2 percent) for 497 yards and four touchdowns playing for both Team Brutus and Team Buckeye in the spring game, good for a combined quarterback rating of 142.0.

McCord had the strongest showing from the trio, going 12 of 17 for 184 yards and two touchdowns, finishing with a 200.3 QBR. He opened up his performance with a 55-yard completion to Garrett Wilson, and threw touchdown passes to Jaxon Smith-Njigba and tight end Joe Royer.

Miller had more of an up-and-down performance, throwing a game-high 30 passes, competing 17 of them for 128 yards and an interception for an 85.8 QBR. The pick came at the hands of cornerback Ryan Watts in the red zone of Miller’s opening drive, but his day was clean for the rest of the spring game.

Stroud also had a promising day, going 16 of 22 for 185 yards and a pair of touchdowns (173.4 QBR), which were to true freshman Marvin Harrison and Chris Olave. He had completions of 40 yards to Olave and 31 yards to first-year receiver Emeka Egbuka, who led the Buckeyes with 123 yards receiving on the day.

Though not a name firmly in the quarterback competition, Jagger LaRoe showed his ability on the final drive of the spring game. He completed 5 of 6 passes for 75 yards, capping off the drive with a 20 yard touchdown connection with Sam Wiglusz. He ended the day with a team-high 243.3 QBR.