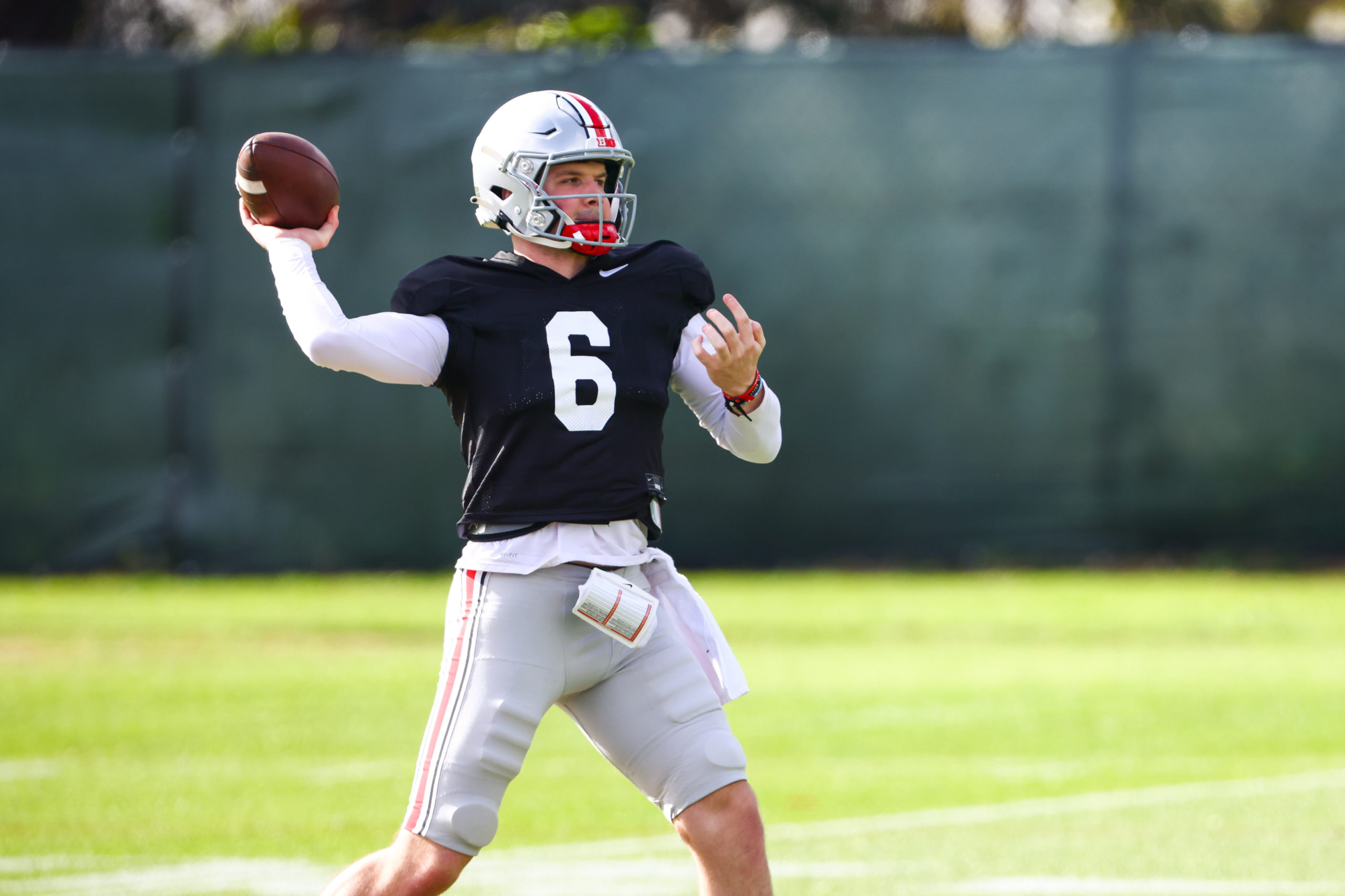 It’s been a rarity in the tenure of Ohio State head coach Ryan Day, but there is no quarterback battle this spring with redshirt sophomore C.J. Stroud firmly entrenched as the starter.

Stroud is getting all the first-team reps and rightly preparing as the No. 1 option at signal-caller, and sophomore Kyle McCord is backing up Stroud so far through spring practice.

It was obvious that McCord, a five-star recruit in the 2021 class out of St. Joseph’s in Pennsylvania, would not be in line to start or even compete for the job this spring, but his audition has already started for potentially following up Stroud next season and Day said McCord has looked good so far.

“I think he’s had a good spring,” Day said Monday. “You guys were out there, you saw some of the balls that he threw and having a whole year under his belt now he’s that much better. And he’s competitive.”

McCord was an early enrollee in 2021, meaning he’s been on campus for over a year now and is going through his second spring practice despite recently competing his freshman season. With the time he’s been able to spend in the program, the dividends are already showing.

“It’s his second year in the offense and having just a better feel for it,” Day said. “He’s working on the anticipation of routes, throwing the ball in time, pocket movement and just overall decision making.”

McCord is competing with freshman quarterback Devin Brown for the backup job and is, best-case scenario, firmly behind Stroud, so Day was also asked about whether McCord is seen as someone to watch for a potential transfer.

Beyond that, Day pointed out that McCord is just one snap away from seeing action if Stroud were to go down with an injury.