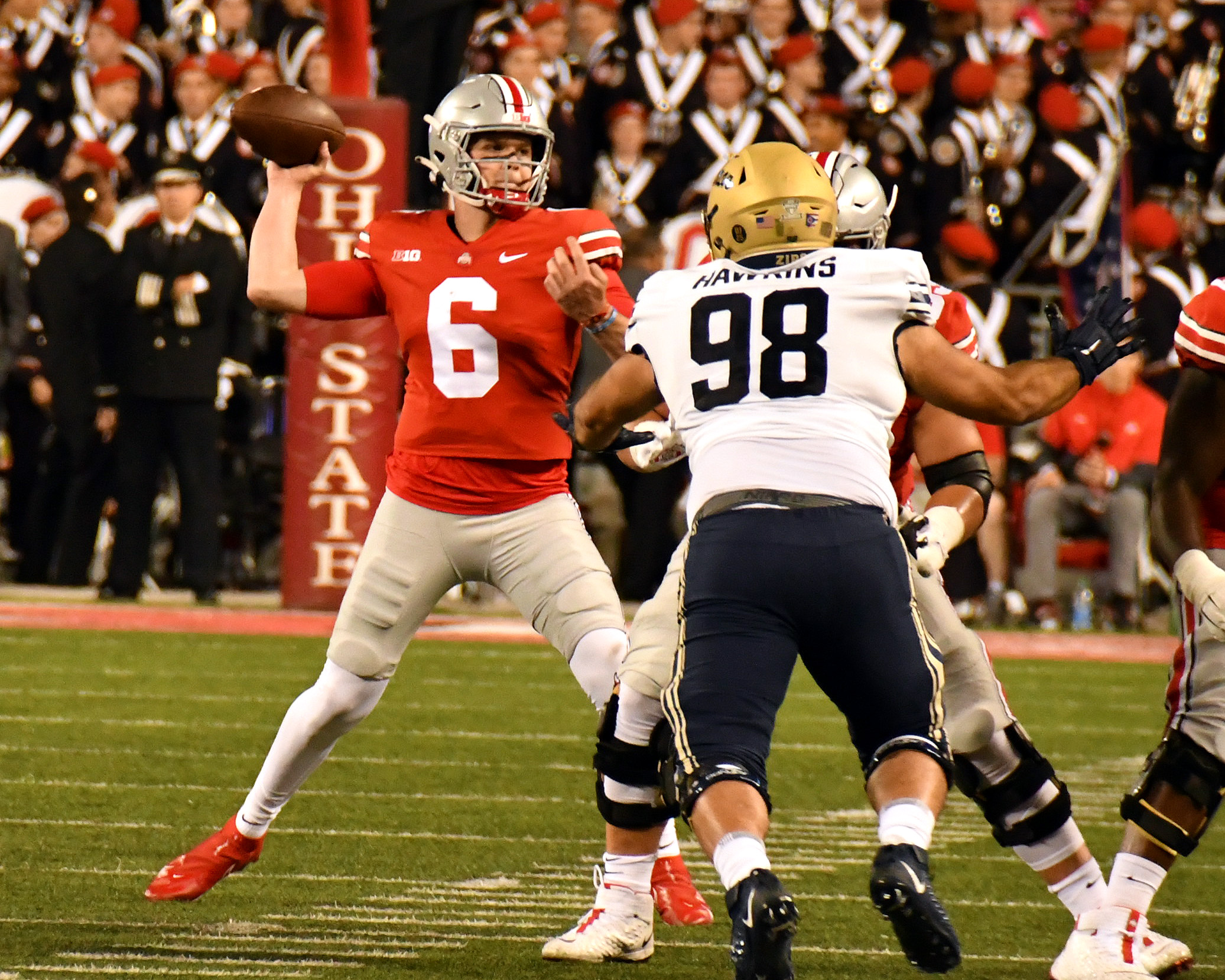 At some point, Ohio State is going to have to learn how to share. For the fourth consecutive week, the Buckeyes have placed a player in the Big Ten’s weekly awards as the Freshman of the Week, and this time, the honor falls to quarterback Kyle McCord.

McCord joined C.J. Stroud (week one, two) and TreVeyon Henderson (week three) as Buckeyes to earn the title after a 13-of-18 passing day for 319 yards and two scores against Akron in his first career start and college football debut.

Elsewhere in the weekly awards, Penn State QB Sean Clifford and Northwestern RB Evan Hull share the Offensive Player of the Week honors. Clifford threw for a career-high 401 yards and four touchdowns in a 38-17 victory over Villanova and is up to No. 5 all-time in career passing yards at Penn State with 5,890. Hull, meanwhile, led the Wildcats to an easy win over Ohio, carrying the ball 22 times for 216 yards and two scores.

Iowa linebacker Jack Campbell gave the Hawkeyes another Defensive Player of the Week nod after recording 18 tackles, three pass breakups and a fumble recovery in a 24-14 win over Colorado State. Defensive back Riley Moss earned the same honor back on Sept. 6.

Lastly, Michigan State receiver Jayden Reed earned Special Teams Player of the Week honors, thanks to a 62-yard punt return for a touchdown late in the fourth quarter to tie Michigan State up with Nebraska at 20, sending the matchup to overtime, where the Spartans would win 23-20.