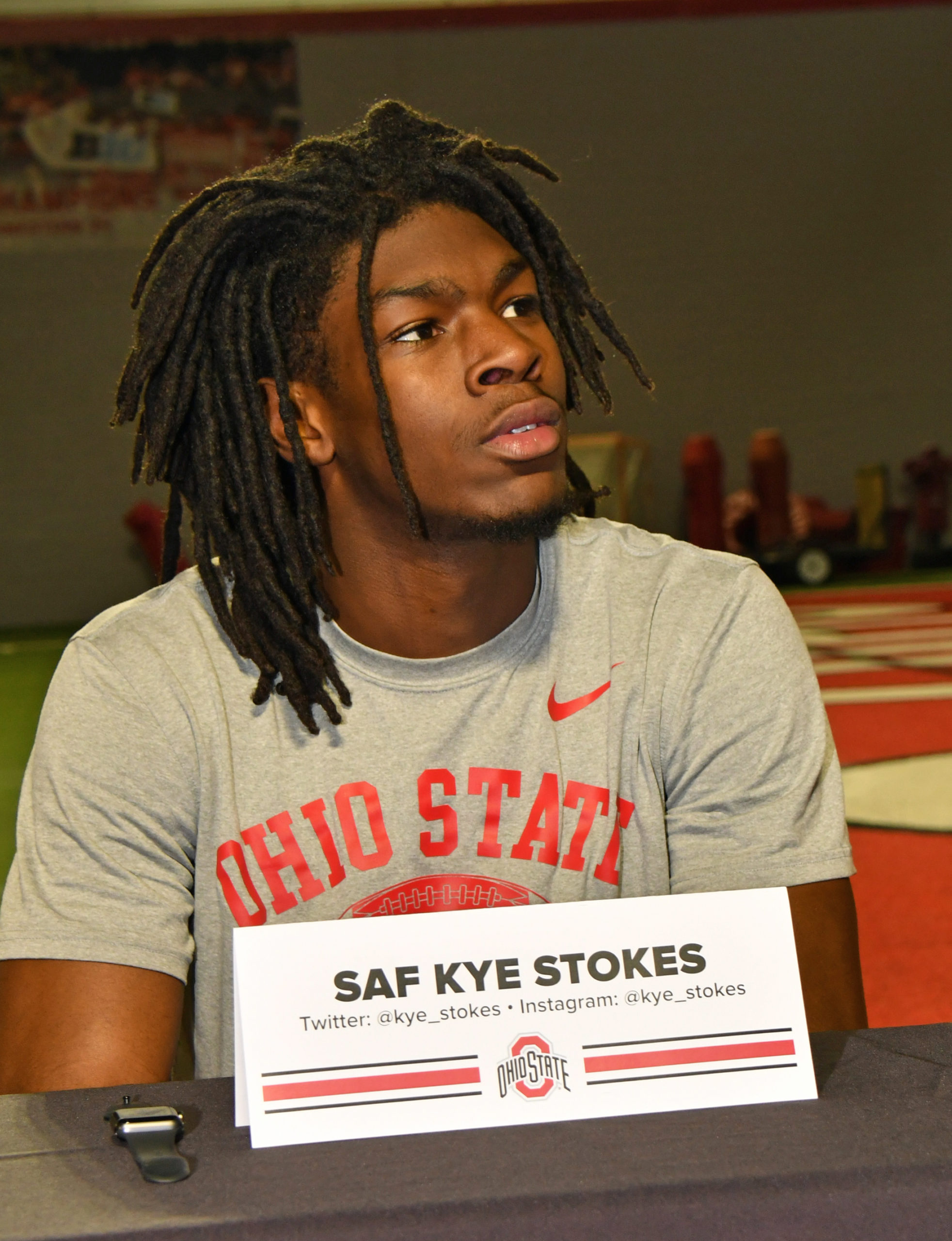 Ohio State early enrollee Kye Stokes was listed out as an athlete on every recruiting site as he signed on the dotted line to join Ohio State’s program back in December, but after only a few weeks on campus, the Buckeyes seem to have few doubts about where they want him. The 6-2, 185-pound track star out of Seffner, Fla. told media Feb. 2 that Ohio State is putting him in Perry Eliano’s room at free safety to open his collegiate career.

It’s a slight change from where he would have landed in former defensive coordinator Kerry Coombs’ defense — he projected there as a cover safety or an outside cornerback — but one that Stokes has no issues with.

“I didn’t really go (play) corner (in high school), but I would drop down and cover a slot and the other safety would roll over to high safety,” Stokes said. “I have a little bit of experience covering tight ends. Sometimes, I would drop down into the box and play more like an outside linebacker, but that was rare. I did have a little bit of versatility, but it was primarily free safety.”

Because Stokes only moved onto the defensive side of the ball ahead of his junior season, he’s yet to develop habits or ties to a specific spot, offering Ohio State the exact kind of flexibility it was looking for as it works a new coaching staff into the fold.

“When I transitioned from receiver to safety, I was really new,” Stokes said. “This was only my second year playing safety, technically. I felt like I would rather stay under the radar and perfect my craft than put myself out there, trying to get a lot of attention and hurt myself. If I go to a camp and I don’t produce as well as I want to, then it’s, ‘Oh, he’s not as good, or he needs to work on this, this and this.’ That’s why I took the approach that I did, to save myself from hurting myself.

“I kinda flew under the radar in high school. I didn’t really go to any camps. I was just focused on perfecting my craft and doing what I needed to do to get the attention I did. I didn’t do the typical high school athlete things.”

Eliano has plenty of experience with bigger defensive backs. At Cincinnati in 2021, slot cornerback Arquon Bush was the shortest member of the secondary, and even he checked in at 6-foot. Outside cornerback Coby Bryant and safety Bryan Cook are both 6-1, strong safety Ja’Von Hicks is 6-2, and Eliano’s crown jewel, cornerback Sauce Gardner, is 6-3.