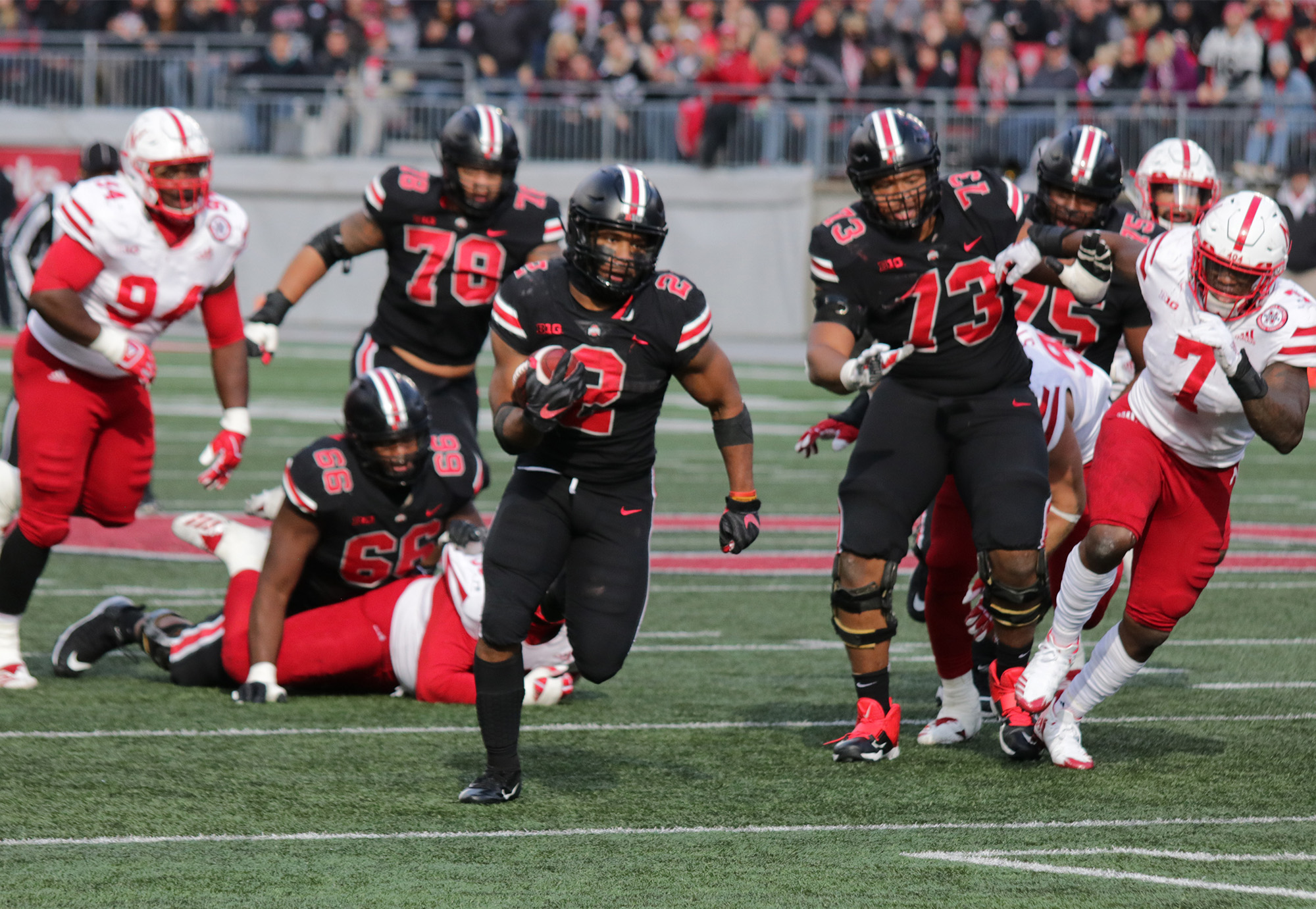 Against Nebraska last week, Ohio State found something with its running game by moving away from the RPO attack. The Buckeyes allowed their offensive linemen to fire off the line, paving huge holes for sophomore J.K. Dobbins (23 carries, 163 yards, three touchdowns) and junior Mike Weber (nine carries, 91 yards). It was that rushing attack that helped the Buckeyes hold off Nebraska in a 36-31 victory.

Nebraska is no Michigan State. In fact, the Spartans boast the No. 1 rush defense in the nation by almost 10 yards per game (they are surrendering 71.7 yards per game, while Texas A&M is allowing 81.4).

In a matchup that often becomes a slugfest, the Buckeyes will be tasked with breaking through that run defense in order to leave East Lansing, Mich., with a victory.

Luckily for Ohio State, there’s already a blueprint in place. Last season in Columbus the Buckeyes rushed for 335 yards and four touchdowns as Weber gained 162 on just nine carries while Dobbins had 124 on 18 totes in a 48-3 victory. But that was then, and this is now.

In order to establish the run, Ohio State will likely have to establish a physical presence as it did against the Cornhuskers. That physical attitude had been lacking in recent weeks, but if the Buckeyes can keep their edge, it could be a big boost against Michigan State.

“Ohio State is known for being a physical program,” Alford said, “and not from one year to the next, but through the course of time. We are just now getting back to that.”

If Ohio State can establish the run, it should open things up for sophomore quarterback Dwayne Haskins to hit some throws over the top. He was off – by his standards – against Nebraska, but if his downfield accuracy returns against Michigan State, a strong run game should lead to a win.