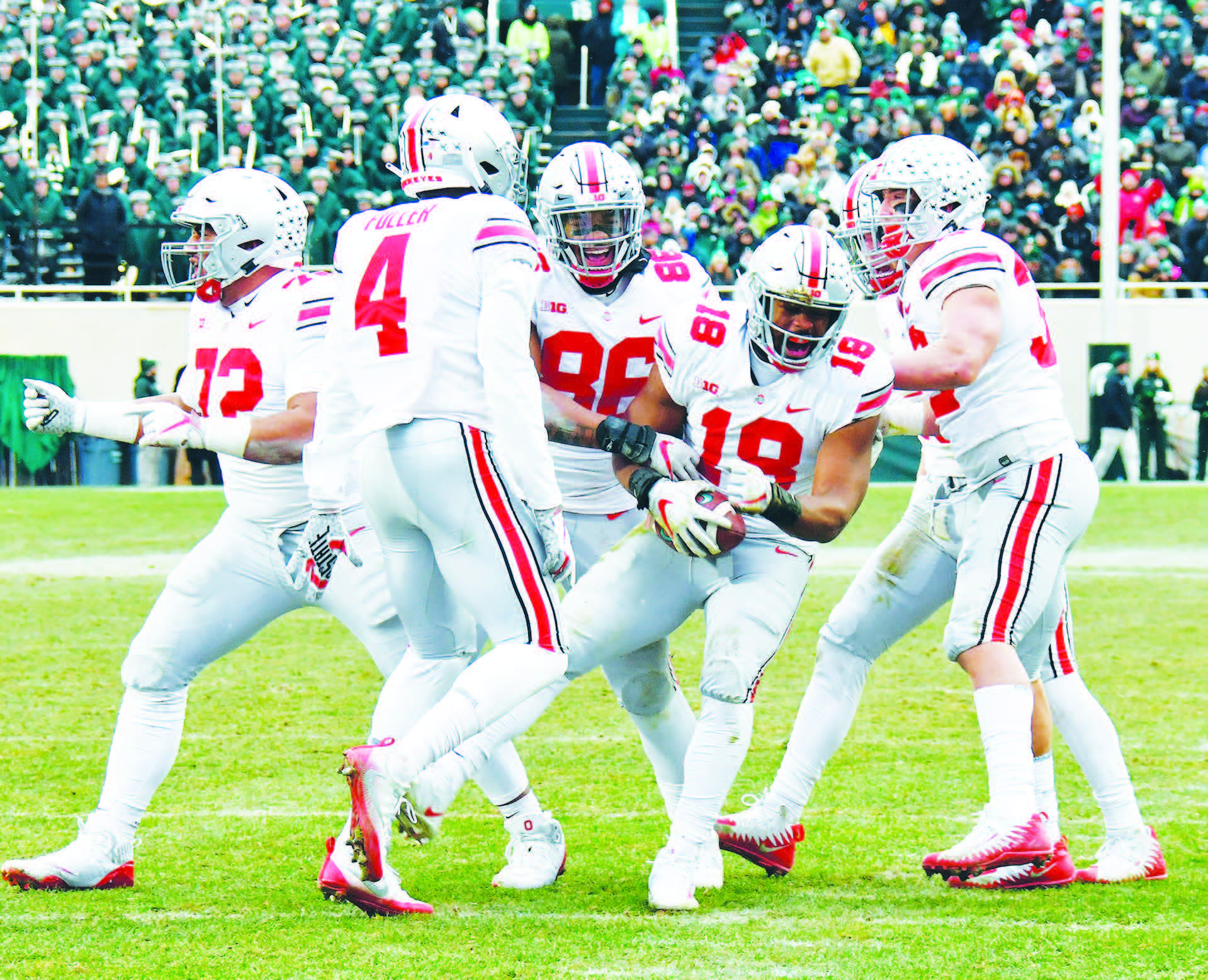 Last week, Ohio State found a way to break the century mark against the nation’s No. 1 rush defense. Against Maryland on Saturday, it will be the Buckeye defenders going up against a highly-rated rushing force.

The Terrapins, even with regular starting running back Ty Johnson limited for much of the season, rank 19th nationally and third in the Big Ten with 234.9 rushing yards per game. Leading the way for interim head coach Matt Canada’s squad is redshirt freshman Anthony McFarland, who has 724 rushing yards on just 104 carries, good for a nearly 7.0-yard average.

The key for the Buckeyes will be tackling, an area in which they excelled against Michigan State after struggling in the previous two games. Ohio State first missed 20 tackles against Purdue in a 49-20 loss, then missed 15 tackles in a 36-31 win over Nebraska. The Buckeyes followed that up by missing just three tackles against the Spartans, limiting them to under 100 yards rushing.

“The better execution was the tackling,” Ohio State head coach Urban Meyer said of the Michigan State game. “I want to say we had single (digits), below five missed tackles. We just worked extremely hard on tackling, and our players really showed up and played great. There’s a shot of confidence, which we all needed, on defense.”

In addition to McFarland and Co., Ohio State will have to deal with a running quarterback against the Terrapins, something the Buckeyes have struggled with at times this year – most notably against Penn State’s Trace McSorley and Nebraska’s Adrian Martinez.

Maryland will be without its starting quarterback Kasim Hill, who tore his ACL last week and is out for the year, but the Terrapins will turn to Tyrrell Pigrome, who has starting experience as well. So far this season, Pigrome has rushed for 166 yards on 38 attempts, but that includes 49 yards of losses. If you take out those losses, he has gone for 215 yards and a touchdown in limited playing time with a long of 42 yards.

“I think Pig comes in and certainly gives us a running threat,” Canada said. “He runs the ball, a little bit different player than Kasim is, but throws the ball very well.

“He’s played a lot of football. It’s not like he’s in the first game he’s ever played, so he’ll be able to do a good job. The kids respond to him very well.”

Throughout the year, Ohio State’s defense has been criticized for an inability to limit big plays. That could be a key against the Terrapins, who have shown an ability to rush for chunks at a time – they have runs of 81, 64, 64, 54, 43 and 42 yards already this year.

With McFarland and Pigrome leading the charge, another sure tackling day would be huge for the Buckeyes. If they struggle to get the ball carrier down, things could get interesting in College Park, Md.