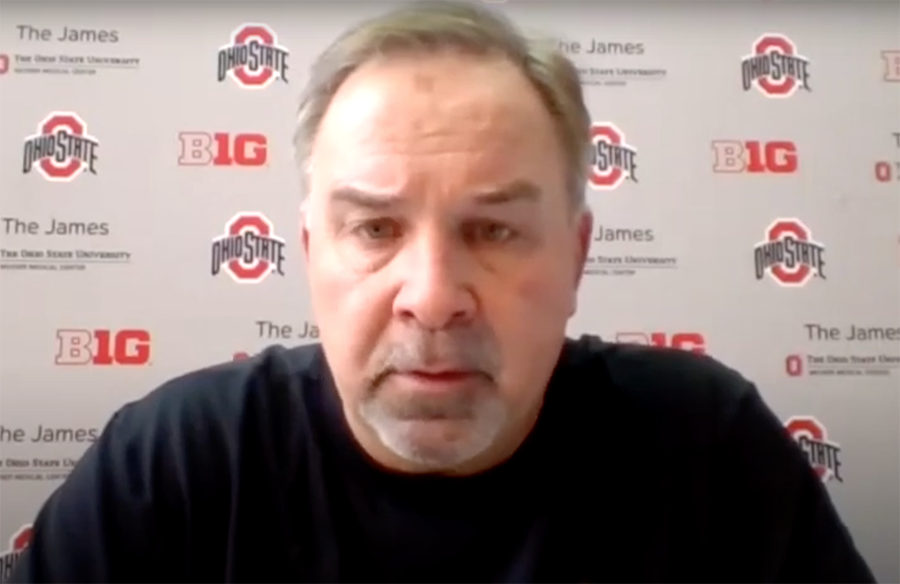 After coming off the field from Ohio State’s first practice of the spring, offensive coordinator/tight ends coach Kevin Wilson and defensive coordinator Kerry Coombs met with the media for about an hour on Friday morning.