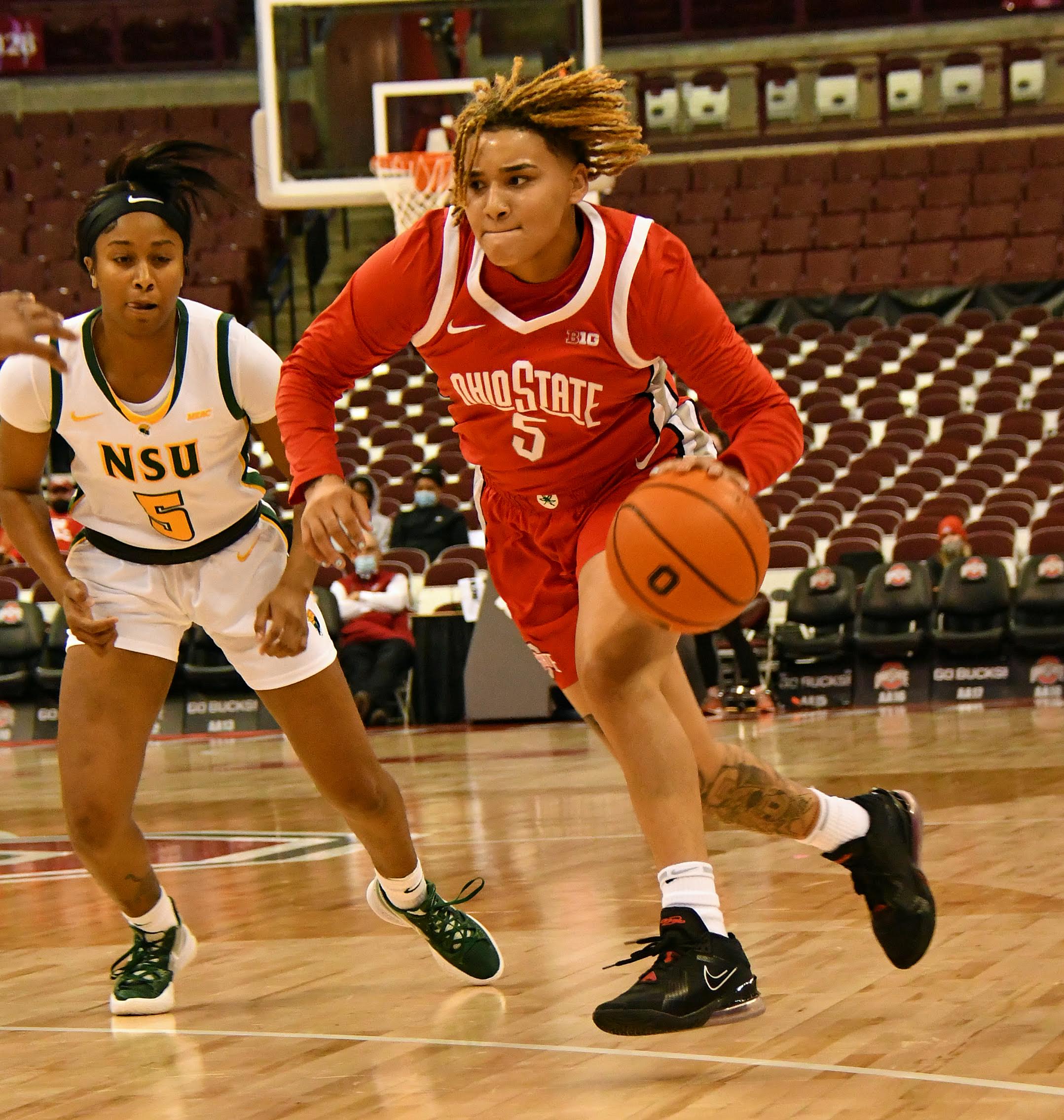 Ohio State women’s basketball is off to a 9-3 start this season, but it has not been without its challenges.

Going into the season, head coach Kevin McGuff was expecting another solid year from the starting guard trio of junior Jacy Sheldon, senior Braxtin Miller and junior Madison Greene. Those hopes were dashed, however, when Greene suffered a season-ending injury the day before the season was set to begin.

In Greene’s place has been sophomore guard Kateri Poole, who has started all but one game this season at point guard for Ohio State. Poole previously filled in for Greene when she missed games at the end of the last season.

“Not so much challenging, just staying out of my head is the main thing,” Poole said of filling in for Greene this season. “Just trying to be the better player and a better team player.”

Poole has been up and down this season, averaging 8.4 points per game and a team-high 3.8 assists per game, though she’s also turning the ball over 3.5 times per game, one of the worst marks in the country.

She reached double-digit scoring in three of the team’s first five games this season, but has done it just once in their last seven contests against some better competition, though this is not a team necesarily looking for another scorer with Sheldon and senior guard Taylor Mikesell keeping the offense flowing.

McGuff had previously said they would considering treating the point guard position “by committee,” but that has yet to come to fruition, so Poole has been left along in her ball-handling responsibilities, and while there have been flashes, he’s still looking for Poole to take the next step.

“Really pushing her to be more consistent,” McGuff said. “You watch her play and you obviously see a ton of talent – I think it’s just consistency. We’re trying to stay on her about practice because it’s practice and habits. Obviously a new expectation for her this year with the amount of minutes that she plays, so just getting her to be used to that expectation and doing what she can do for way longer stretches this year.”

After playing last on New Year’s Eve in a losing effort to Michigan, 90-71, the Buckeyes will return to the court Thursday to take on Illinois. Top is set for 7 p.m.