Justin Fields, Trevor Lawrence Among Players Calling For A Union 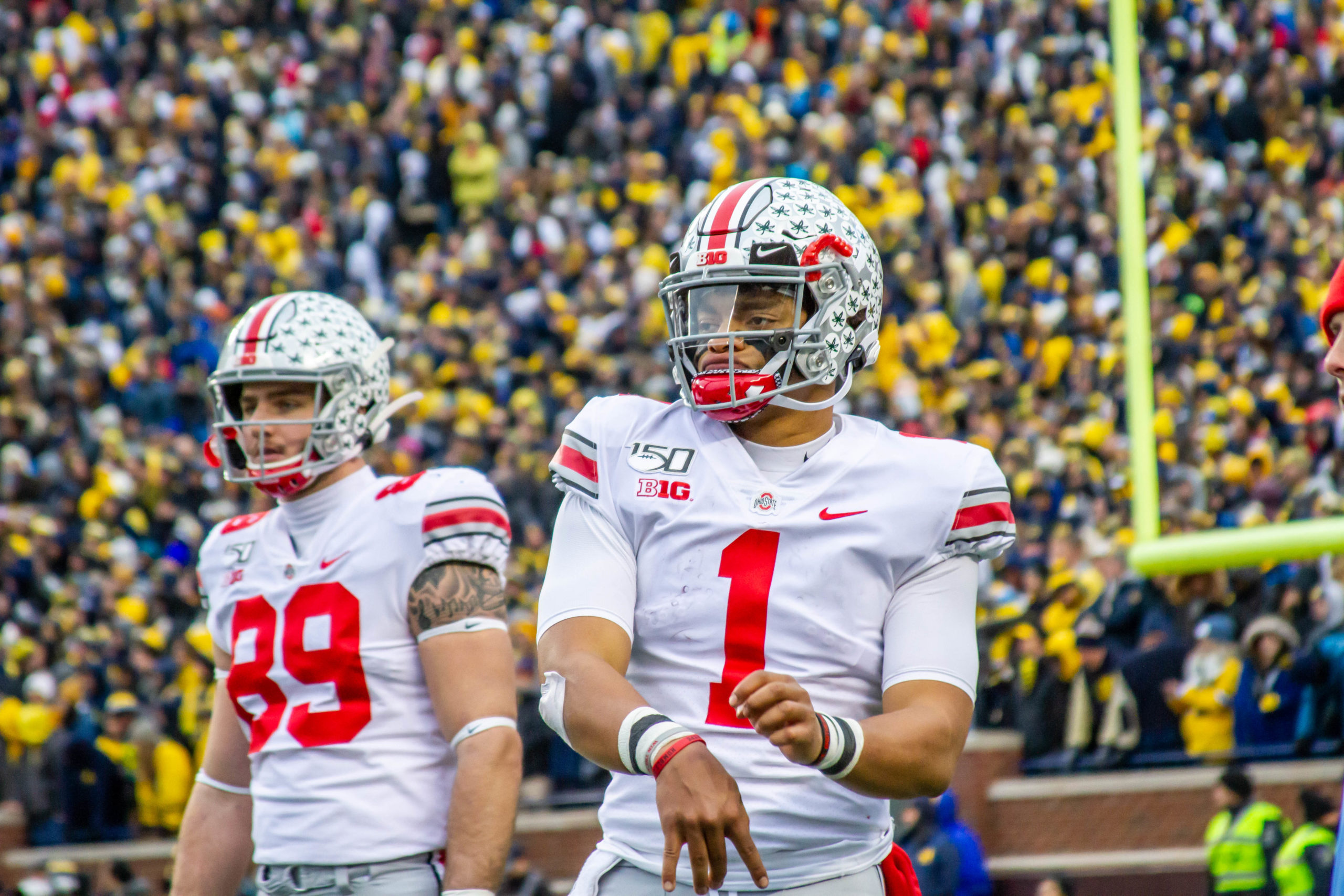 The college football world may have experienced a permanent change just after midnight on Sunday night. Following an evening of hundreds of players sharing the #WeWantToPlay hashtag in support of playing a college football season this fall, Ohio State quarterback Justin Fields, Clemson quarterback Trevor Lawrence, and dozens of other players released a statement combining the #WeWantToPlay and the #WeAreUnited movements.

In that statement, the unified Power Five players call for playing a football season, but doing so with universal health and safety procedures, fully guaranteed eligibility and rights for players that opt out and, most crucially, the development of a college football players association. Fields and Lawrence are the faces of the movement, but players from schools across the nation have signed on, including Ohio State halfback Master Teague, Oklahoma quarterback Spencer Rattler and Alabama halfback Najee Harris.

While the players are calling for what would essentially be a players union, sports law professor and writer Alicia Jessop explained in a Twitter thread on Monday morning that due to the differences between labor laws involving state schools and private schools, a more likely outcome would be a “non-union organization likely organized as a non-profit.”

Thus, what will likely emerge from this is not a union, but a non-union organization likely organized as a nonprofit. As NCAA athletes begin securing their name, image and likeness rights and group licensing becomes a priority for them, the need for this will grow. 6/

The group would still allow a means for collective bargaining on behalf of the players, and would provide greater representation at the table in future NCAA decision making. Jessop goes on to mention that NFL Players Association could look to get involved in organizing this type of group for the college football players.

This push for greater player rights did not come from out of the blue, as players in unified conference groups have been making similar statements for over a week, but according to a report from ESPN, this combination of movements came about in just over four hours.

“Boles said the players spoke for a little more than 30 minutes before deciding to issue a concise message to share the main takeaways from their conversation. He said they unanimously agreed on the topics mentioned in the statement. He also noted that there was quick and universal support for pushing to create a players’ association that would give all college athletes — not just football players — a voice in the decision-making process in the future.”

Fields spoke in support of players using their voices during a press conference on Aug. 4, and now seems to be serving as a leader in the movement for change.